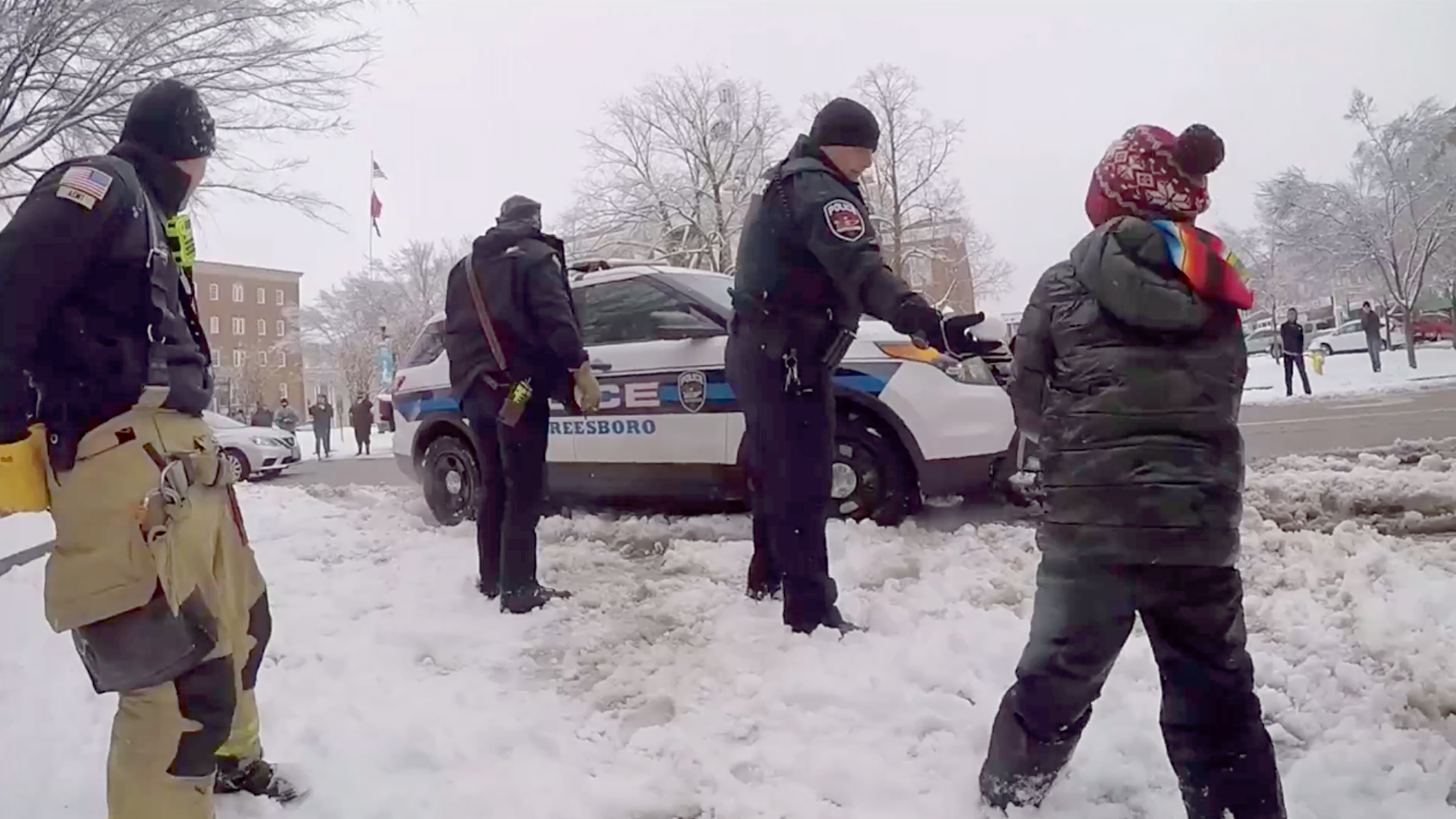 Police officers and firefighters engage in a fun snowball fight with kids on Downtown Square at Murfreesboro, Tennessee. (MboroPoliceDept/Clipzilla)

TENNESSEE, USA – As snowfall hit most parts of the United States recently, a group of police officers was seen engaging in a fun snowball fighting session with the locals in Murfreesboro, Tennessee.

In the video which was recorded on Feb. 19, officers engage with local residents and children by participating in various fun winter activities such as sledding races.

The police officers along with the city’s firefighting crews took time off their busy schedule to bond with the community, mostly consisting of youngsters. The crew shares a good camaraderie with the locals for their timely response to hundreds of calls for service and crashes.

The winter has brought its share of happiness and trouble, and officers seem to be on their toes literally.

As per a study, ‘Trends in Twentieth-Century U.S. Snowfall Using a Quality-Controlled Dataset’, since the 1920s, snowfall has been declining in the West and the mid-Atlantic coast.

In some places, during recent years, the decline has been more precipitous, strongly trending downward along the southern margins of the seasonal snow region, the southern Missouri River basin, and parts of the Northeast.

“Snowfall has been increasing since the 1920s in the lee of the Rocky Mountains, the Great Lakes–northern Ohio Valley, and parts of the north-central United States,” the study states.

“These areas that are in opposition to the overall pattern of declining snowfall seem to be associated with specific dynamical processes, such as up-slope snow and lake-effect snow that may be responding to changes in atmospheric circulation.”

“Less than 50 percent of the stations, 440 stations, were judged by a plurality of experts to be homogeneous,” the study notes. “Years, where at least one of the core winter snow season months was missing, were considered missing for seasonal snowfall totals used in trends analyses. Combined with the requirement that a station has at least 5 years of data in the beginning and ending decades of trend analysis, the numbers of stations available were reduced further with time.”