Skater Dies After Falling Through Thin Ice On Pond

Desperate rescuers were unable to save him. 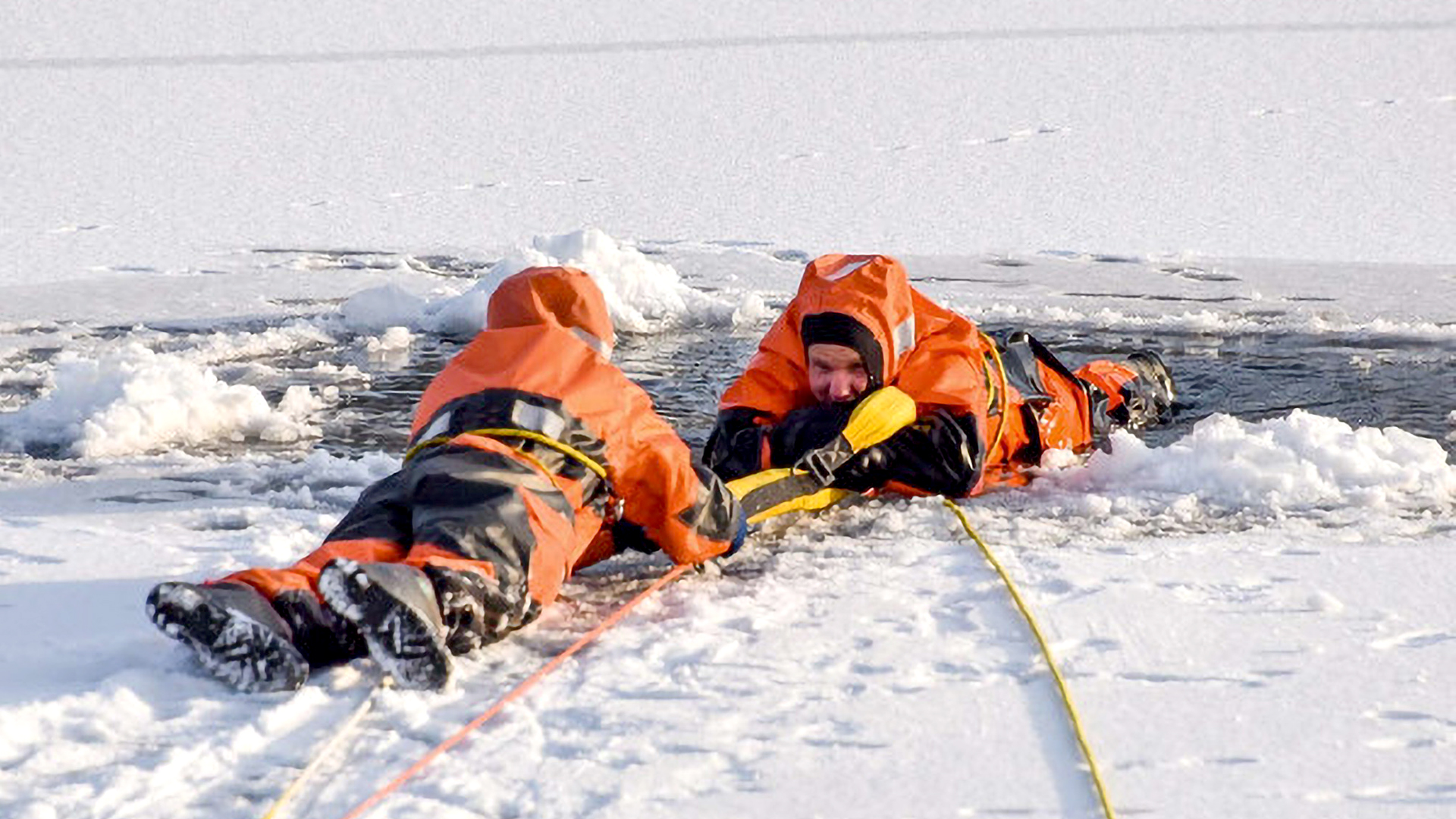 SCHLIER, Germany – A 29-year-old German man died  after falling through the ice while skating on a frozen pond near Schlier, a small town in the German state of Baden-Wurttemberg.

The the man, along with other people, was ice skating, which is a common practice for locals during winter. Suddenly, the ice beneath his feet gave in as he fell into the freezing water.

A 60-year-old man was passing by and saw the struggling skater and tried to break the ice to rescue him. However, the man who had fallen in was pulled back to the bank by others.

“The young man was ice skating around 50 meters from the bank on one of the town’s frozen ponds on Monday afternoon,” said the local police.

The young man had to wait for the German Life Saving Society to pull him out and take him to the hospital.

The 60-year-old man was also taken to the hospital to be treated for hypothermia as he spent some time on the ice to help the younger man.

On Feb. 23, the local police announced that the young ice skater  died the previous day.

Germany currently tops the list of accidents by drowning after Africa which has the highest rate of deaths by drowning as per a report by the World Health Organization.

In 2017, 404 people in Germany died by drowning. Out of these drowning deaths, 137 drowned in lakes or ponds, as per a report by the German Life Saving Association. This number was significantly lower than the previous year, when the number of drowning deaths stood at 537.

“Germany records 0.49 drownings per 100.000 inhabitants – a worldwide top score” as per the report by the Association.

The German Life Saving Association report also states that four out of five victims drowning are male. The reasons for drowning deaths as per the report are “carelessness, overestimation, alcohol and less risk awareness”.

“Males are especially at risk of drowning, with twice the overall mortality rate of females,” as per the World Health Organization. “They are more likely to be hospitalized than females for non-fatal drowning. Studies suggest that the higher drowning rates among males are due to increased exposure to water and riskier behavior such as swimming alone, drinking alcohol before swimming alone, and boating.”