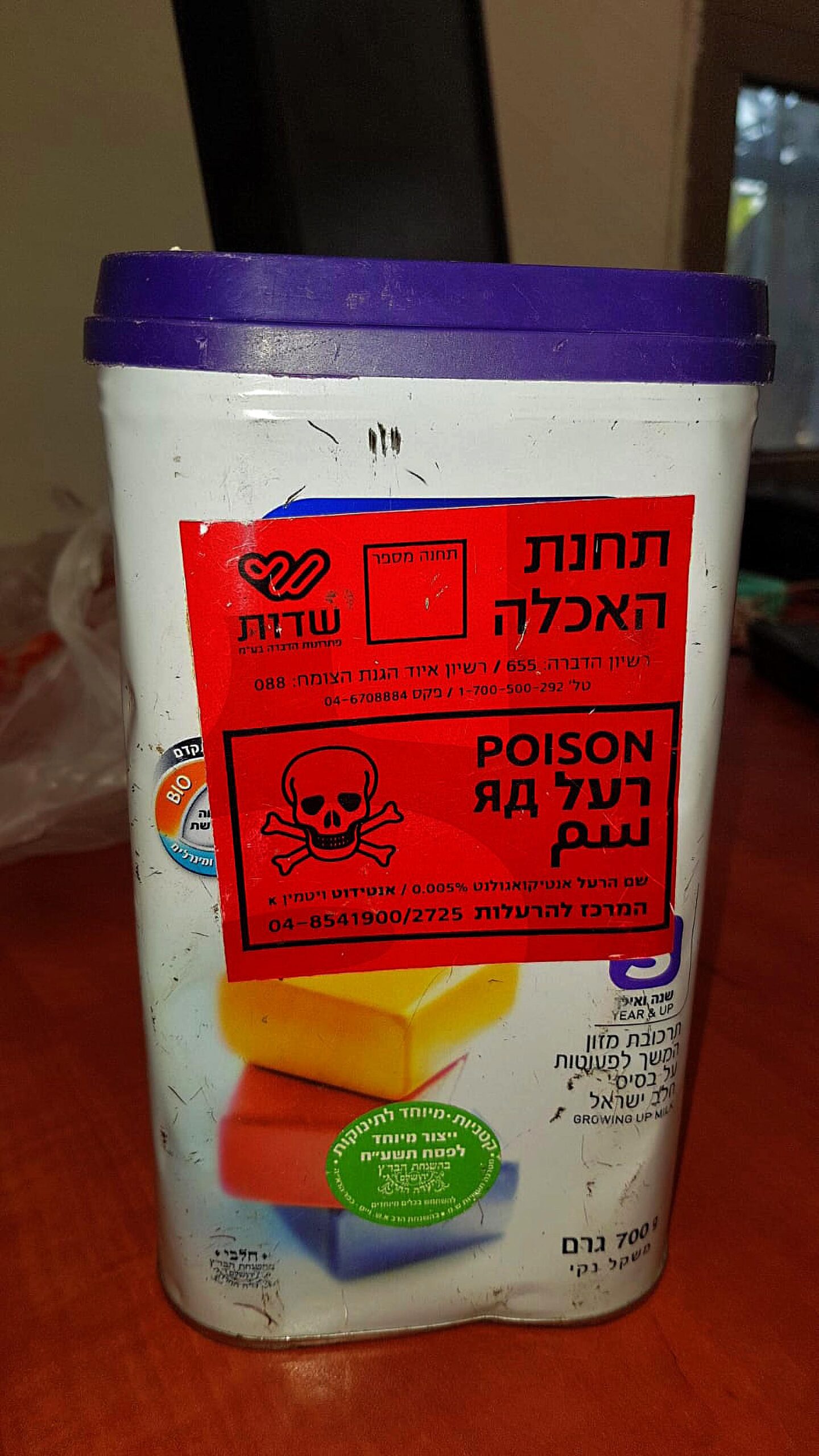 A baby formula container filled with poisoned pesticides was left near dolls in a kindergarten in central Israel. (Israeli Ministry of Environmental Protection/Newsflash)

TEL AVIV, Israel — A near tragedy was averted when a pest controls agent, after carrying out a job, left deadly pesticide lying around in a milk powder box in a children’s nursery in Israel.

Israeli police confirmed that several people have been arrested and quizzed over the near disaster. The pesticide was reportedly left in an open area of the kindergarten when it was discovered by some children.

“This grave matter was almost a disaster, and those who are involved need to answer for what they’ve done,” said Gila Gamliel, the minister of environmental protection. “Pest control is not child’s play, and the instructions and rules exist for a reason.”

Gamliel has also previously served as the minister for social equality.

The most common of these are herbicides which account for approximately 80 percent of all pesticide use. 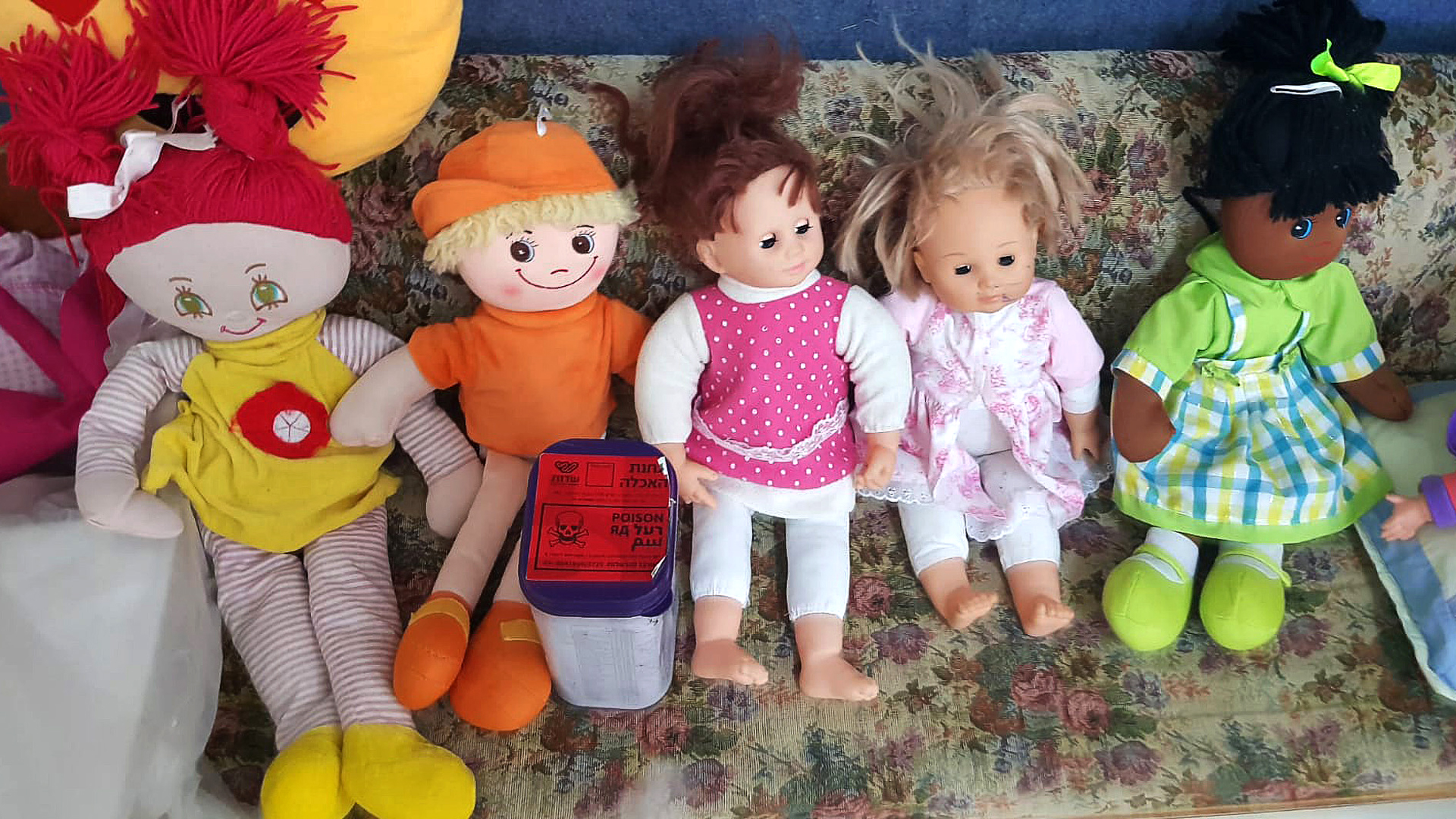 The pesticide was reportedly left in an open area of the kindergarten. (Israeli Ministry of Environmental Protection/Newsflash)

A young child managed to remove the lid of the container and was peering inside when it was spotted by an alert teacher who raised the alarm and called the emergency services.

Fortunately, none of the kids suffered any lasting effects and did not ingest any of the powder, but the unlicensed agent who left it behind was seized by the cops.

Gamliel promised a full inquiry with full consequences for those responsible.

It is not revealed where the kindergarten was in the country of Israel or what it was called.

In a research paper, titled ‘Pesticide use, exposure, and risk: A joint Israeli-Palestinian perspective’, it was reported that the major predictors of health risk from pesticide exposure are quantity and toxicity of pesticides reaching end-users, field workers, and persons (including children) with casual and indirect exposures to field and food residues, drift, and contaminated groundwater.

Low-level chronic exposure to pesticides has been associated with neurological, respiratory, reproductive, and endocrine effects, as well as cancer. Evidence from toxicology and epidemiology indicates that fetuses, infants, and children are uniquely vulnerable to the effects of pesticides.