Pawn Star: The Queen’s Gambit Chess Board That’s Sold Out Until Next Year 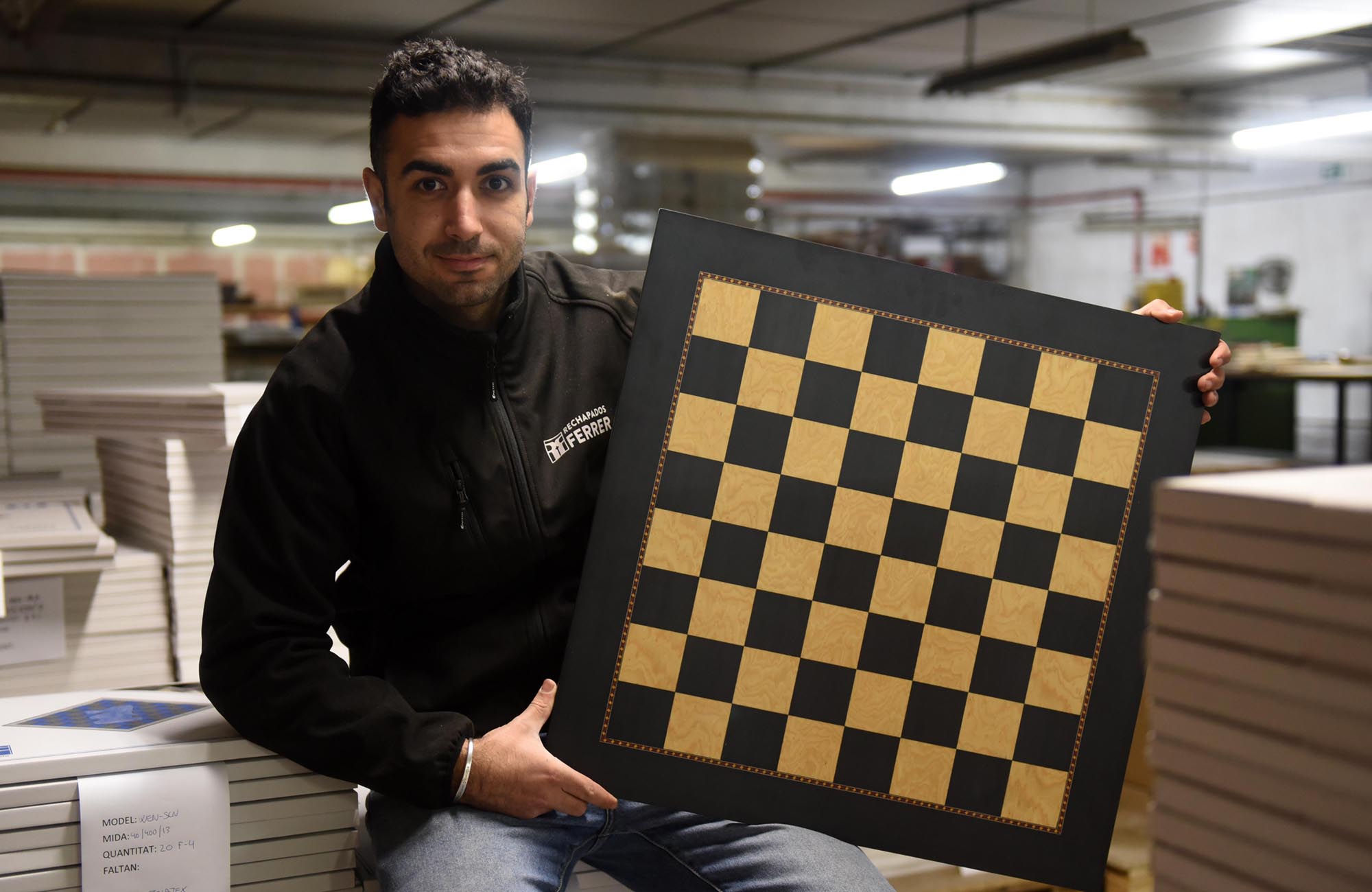 David Ferrer, the owner of the company, poses with one of the chess boards. (Marga Cruz/Real Press)

BARCELONA, Spain – A chessboard maker has seen demand for their high-quality products go up after its usage in the Netflix series, ‘The Queen’s Gambit’.

The series focuses on chess prodigy Beth Harmon who battles to make a place for herself in the male-dominated chess world. As the series reaches its finale, she heads to the Russian capital Moscow to take on the Soviet Union’s star player and where a Rechapados Ferrer chess board is given center stage.

David Ferrer, 30, is the third-generation owner of this 60-year-old company, which was set up by his grandparents, and he told the local media that he would have never thought chess could be such a hit.

“This series made the sale of chess boards explode and shortly after the Christmas season started, there were a lot of people who wanted to give their loved ones a special, original gift,” Ferrer said. “We already had a reputation in the chess world, which was a very small space, but now it has turned into a trending game.”

These chess boards were used in “The Queen’s Gambit”, which was seen by more than 62 million people in the first month after its release on Oct. 23. The show became one of the most-watched Netflix shows in 63 countries.

As per IMDB— an online database of information related to films, television programs – the television mini-series has a rating of 8.6 of 10.

“Orphaned at the tender age of nine, prodigious introvert Beth Harmon discovers and masters the game of chess in 1960s US. But child stardom comes at a price,” said IMDB for the introduction of the television mini-series.

Ferrer’s factory is in the municipality of La Garriga, in the eastern Spanish province of Barcelona, in the Catalonia region, and they say that since the show’s release, interest in chess has increased not only among professionals, schools, and clubs, but also with individuals.

Ferrer said the usage of the board in the series was not part of a product placement or sponsorship deal. He was as surprised as everyone else in the company to find that the trailer for the series included images of their boards, and believes it probably happened because a lot of the filming was done in Berlin where they have a distributor.

The company also claimed production of the chessboards had to be multiplied by three due to the huge demand, and they have a backlog of orders until 2022.

The success of this company, which only has 14 employees, started years ago. The focus on quality helped their products reach tournaments which led them into becoming widely known in the chess world.

Their chess boards have been seen in other series and movies over the last few years, and this has been an important part of the business, but it was the Netflix series that really made a huge difference.

The main characteristic of these chess boards is the quality of the material used during production, which takes between six and eight weeks per board.

The process is mostly done by hand and the chessboards cost between $61 and $486 — all made using various natural woods.