Video shows the final moments of its entry, descent and landing on the red planet.
By Maja Mishevska February 27, 2021
Facebook
Twitter
Linkedin
Email 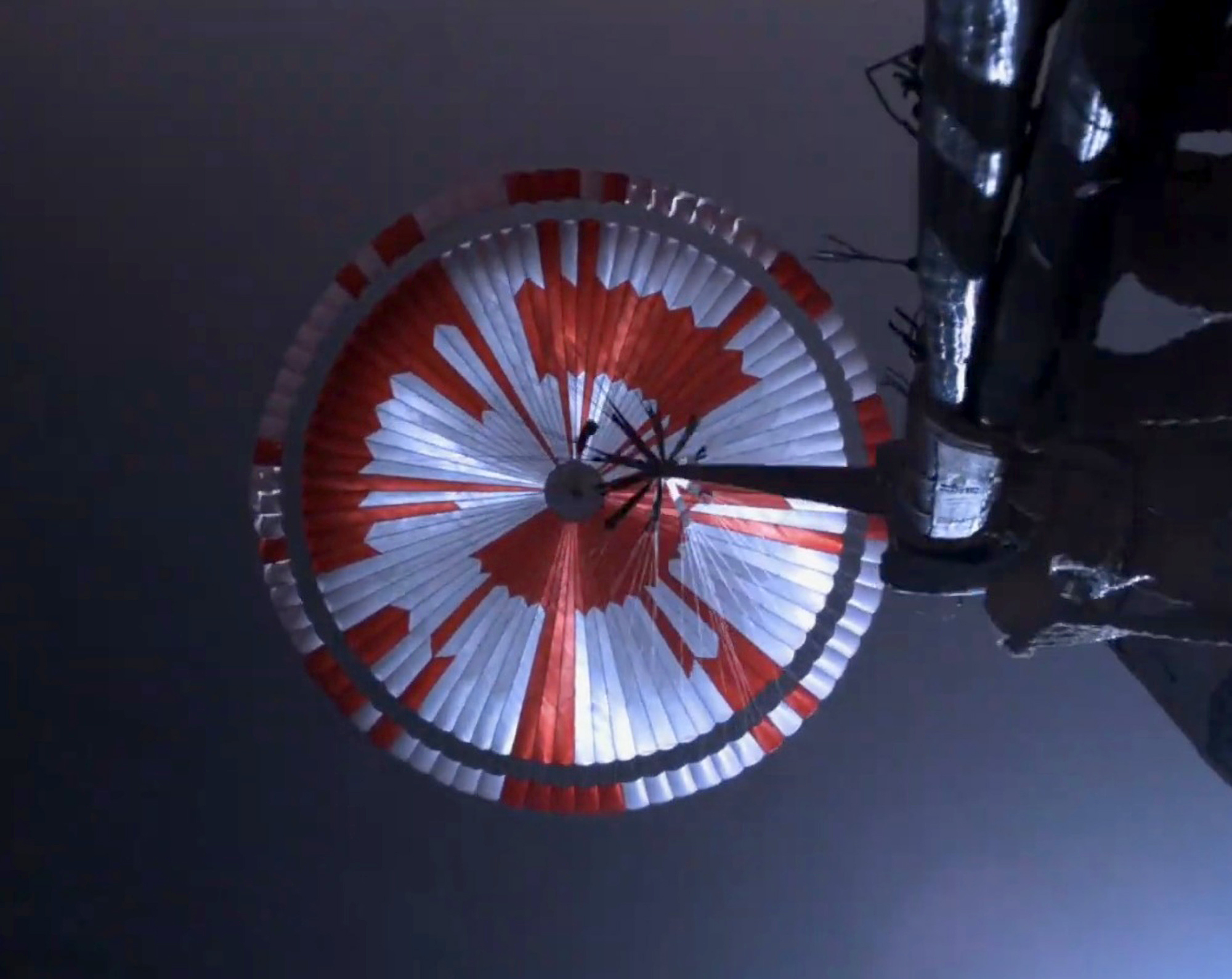 The parachute inflation of the rovers intense ride to Mars's Jezero Crater. (NASA/Newsflash)

WASHINGTON, USA – NASA’s Perseverance rover made its long-awaited touch-down on Mars and captured the historic event in a high-quality video for the viewers at
3.55 PM on Feb. 18.

The video footage captured by cameras installed on the SUV-sized space vehicle showed the final moments of its entry, descent and landing. It also captured the ‘sky crane’, Jezero Crater as it made a touchdown on the sandy surface of the “Red Planet”.

The Rover’s high-definition camera captured everything, from the deployment of a massive supersonic parachute to another planet during the rover’s touchdown.

“Don’t you love a nice Martian breeze?” reads the caption of NASA’s video of the Rover on their official Instagram handle. “This video is made of stuff from our space dreams. Our Perseverance rover captured incredible footage while landing on Mars Jezero Crater on Thursday, Feb. 18, 2021.”

The footage also recorded the entry of a parachute at 7 miles (11 kilometers) above the surface, 3.8 minutes after the spacecraft’s entry into Mars’s upper atmosphere, and its first contact with the ground.

The spacecraft entered the planet’s atmosphere at 12,500 mph.

The footage shows the 22-meter-long parachute, inflating after the spacecraft’s entry into the Martian atmosphere. Dust and rocks on the planet can be seen as the rover lands.

With more than 368,000 views, the video uploaded by NASA on Twitter went viral.“It’s been a firehouse of data,” reads the tweet. “Justin Maki, NASA Persevere imaging scientist and instrument operations team chief, reveals a full panorama the rover captured from the surface of Mars.”

The first-ever audio from the Red Planet was heard on Feb. 20. The microphone on the rover recorded the sound of the Martian breeze along with the mechanical sound of the rover operating on the surface.

“For those who wonder how you land on Mars — or why it is so difficult — or how cool it would be to do so — you need to look no further,” said Steve Jurczyk, acting NASA administrator.

He further added: “Perseverance is just getting started, and already has provided some of the most iconic visuals in space exploration history. It reinforces the remarkable level of engineering and precision that is required to build and fly a vehicle to the Red Planet.”

“The new video of Perseverance’s descent is the closest anyone can get to landing on Mars without putting on a pressure suit,” said Thomas Zurbuchen, NASA associate administrator for science.

“It should become mandatory viewing for young women and men who not only want to explore other worlds and build the spacecraft that will take them there, but also want to be part of the diverse teams achieving all the audacious goals in our future.”