Food Fight: The Cuban Sandwich May Not Be Cuban

There is disagreement about the origins of its name — but no one questions its popularity in Mexico.
By Vanessa Sam and Christian Valera Rebolledo February 27, 2021
Facebook
Twitter
Linkedin
Email 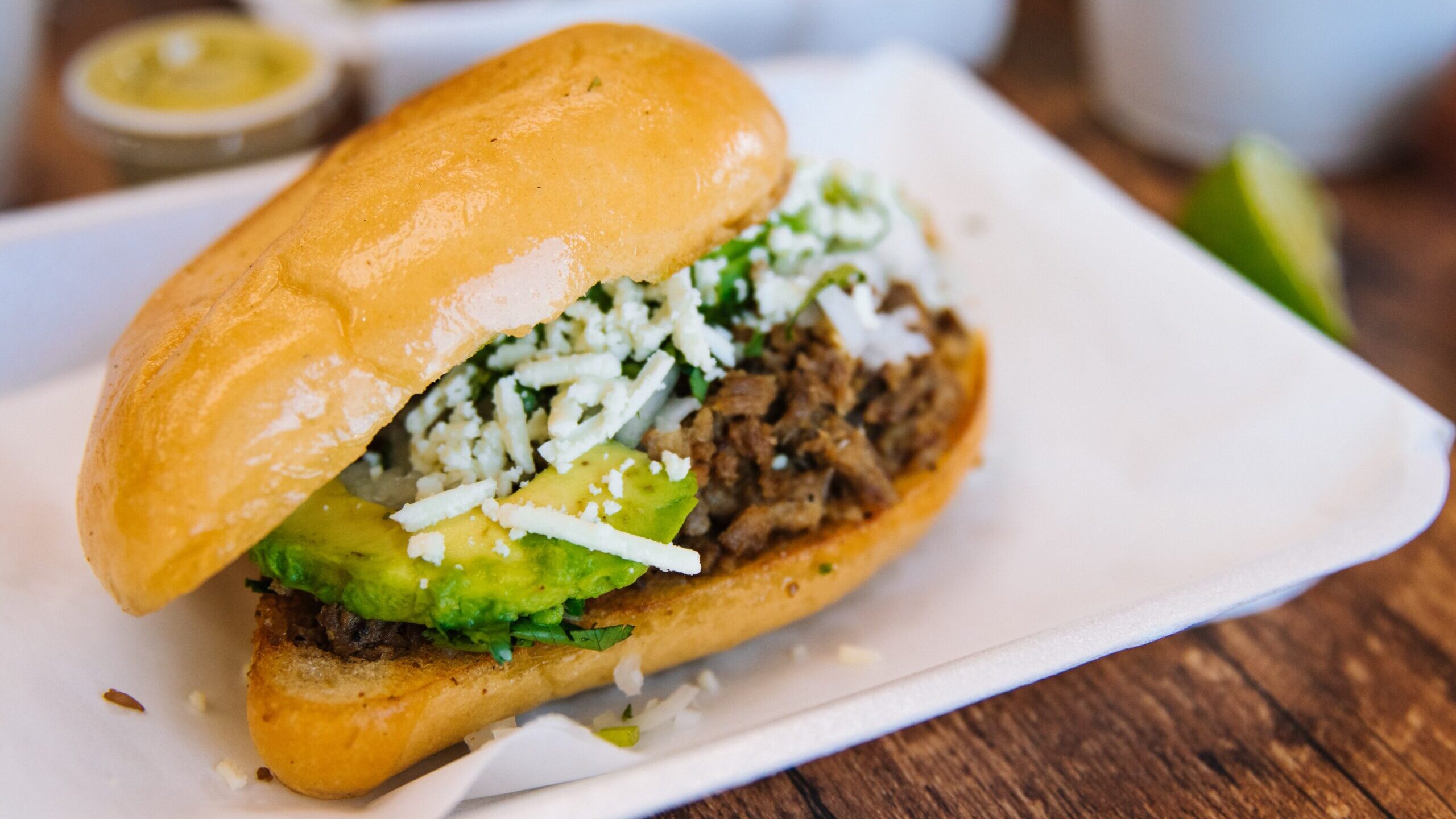 There are different recipes for the Cuban sandwich, and not all of them have all the meats, although they do have combinations of several. The ‘bolillo’ style bread, plus avocado and different types of cheese, cannot miss. (Jeswin Thomas / Unsplash)

The Cuban sandwich is a gastronomic bomb that includes pork leg, ham, tenderloin, sausage, breaded steak, Oaxaca and Velveeta cheese. It also has avocado, pickled chili peppers, raw onion, sliced fresh tomato, mayonnaise, cream and other dressings, depending on the cook and the diner’s taste.

What’s in dispute is its origin.

People might think it is a Cuban creation, given the name, but it is a Mexican invention in great demand at torterías (sandwich restaurants.)

“Without question, the Cuban sandwich is one of the most sought-after,” said Raúl López, owner of the Tortería Todo Gallo, a sandwich restaurant in the state of Veracruz, Mexico. “Every week, we sell about a hundred sandwiches of this type. It is popular. I learned to prepare it in the old tortería where I worked about 20 years ago. Now, this sandwich is part of my place’s menu.”

Torteros (cooks specializing in sandwiches) usually prepare Cuban sandwiches using bolillo or telera-style bread, which is golden and crunchy on the outside but soft on the inside. Diners generally accompany them with a soda.

If the Cuban sandwich does not come from Cuba, why does it bear this name?

“Honestly, I don’t know why it is called ‘Cuban sandwich.’ Once, I asked some Cubans who came to a carnival if our Cuban sandwiches were the same that they had. They told me that they had never seen them. They do not have those ingredients on the island,” said the experienced tortero.

Legend has it that the sandwich restaurant Tortas don Polo, in Mexico City, invented this creative dish in the 1950s, when the cooks gathered all the ingredients and put them in a telera bread.

However, gastronomic researcher José Luis Curiel Monteagudo believes the “torta Cubana” appeared for the first time in an old cookbook previous to the Cuban Revolution, although its description was closer to a hot cake. The confusion might have come about because the word “torta” could mean either a type of sandwich or a cake.

There is a third story regarding its origin. It dates back to the late 19th century, in downtown Mexico City’s Cuba Street. Back then, there was a place selling sandwiches filled with “a little of everything” for customers to feel satisfied with the mixture of flavors. Many Internet users support this version.

Others believe the sandwich was part of an affordable lunch created by Cuban immigrants working in the Florida tobacco fields.

The Cuban sandwich’s recipe may vary, too.

“There is not a single recipe or one that is the original,” says López. “Here in Veracruz, wherever you go, you will see that it has pork leg, chorizo, ham, Manchego cheese, seasoned onion, beans, ketchup, a touch of olive oil, and pickled peppers or chipotle, to the client’s taste.”

There is no historical evidence supporting any version, but diners focus on basics: The sandwich is delicious.

(Translated and edited by Gabriela Olmos and Fern Siegel.)