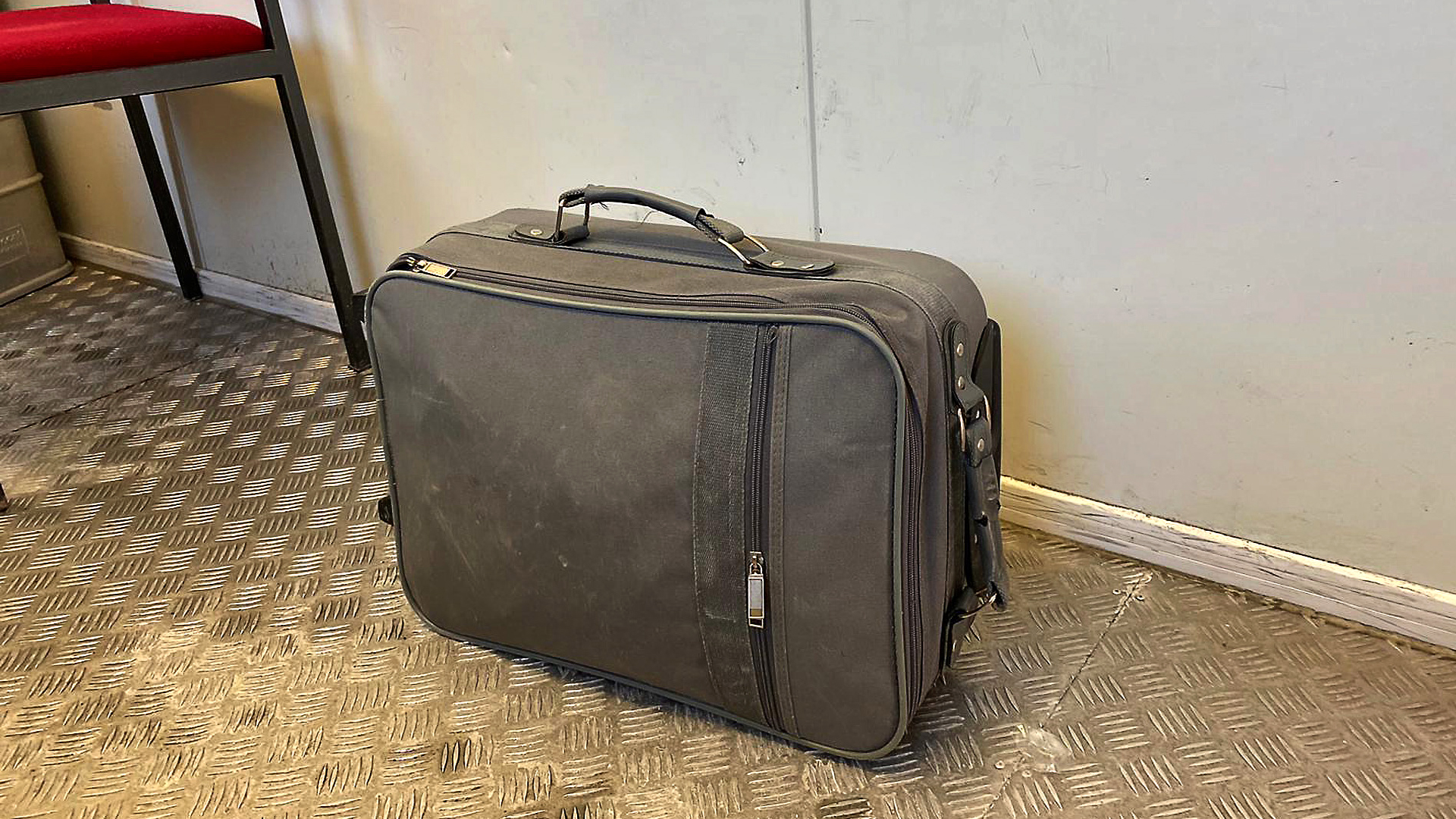 One of the suitcases in which the puppies were illegally transported from Hungary to Bavaria. (Tierschutz Bayern/Newsflash)

FREILASSING, Germany — A puppy was rescued from a suitcase after an animal trafficker tried to smuggle it into Germany from a Hungarian puppy farm.

Reportedly, the animal trafficker was driving through Freilassing, a town of about 16,000 inhabitants in the south-eastern corner of Bavaria in Germany. The trafficker had planned to sell the puppy.

However, on his way, he was stopped by the police on the A8 motorway in the area of Walserberg near the German border with Austria.

“I don’t want to imagine what the Pomeranian puppy in the suitcase must have endured for hours in the dark and without air, being scared to death,” said Ilona Wojahn, president of the Bavarian Animal Protection Association. “I am glad he is now safe and well looked after in the animal shelter.”

The police seemed surprised to find a scared Pomeranian puppy locked in a suitcase without any air gaps. The puppy was only eight-weeks-old and came from Hungary. Police believed it could probably be from an illegal breeding farm.

After the police caught hold of the driver, the small pet was immediately taken to an animal shelter.

As per the report published by Four Paws, a Vienna-based animal welfare organization, the illegal puppy trade is a profitable business, especially when little care is given to the dogs involved.

Where veterinary care is lacking, the breeding animals are disposed of when they cannot produce puppies anymore and the puppies themselves are taken away from their mother at a young age without considering their need.

“Illegally imported puppies are not bred under the protection of the breeding clubs and thus are not covered by breed standards,” the report notes.

As per Wojahn, the demand for puppies is currently surging and the prices for popular breeds such as Pomeranians can catch up to several thousand Euros.

“The joint action against illegal puppy trade should be taken throughout Europe to close the breeding factories, which are solely profit-oriented. However, the welfare of the animals, is never taken into consideration,” said Wojahn.

A study on the welfare of dogs and cats involved in commercial practices estimates that in the European Union, there were 60.8 million dogs and 66.5 million cats, a total of over 125 million animals, which are increasing annually.

The keeping, breeding, and trade of these animals represent a major economic activity with the annual value of cat and dog sales in the region estimated at €1.3 billion and generating direct employment of 300,000 people.

A report titled “Puppy Smuggling: A tragedy ignored” analyzed that puppies continue to be bred in large numbers in Central and Eastern Europe, sometimes in horrific conditions. Vets in Lithuania and Poland are reported to falsify data on pet passports allowing puppies under the legal minimum age of 15 weeks to travel into Great Britain.