VIDEO: A Cop Rescues Slow-Moving Sloth From Middle Of Road

Cop plays a good Samaritan as he puts the animal in a safe place.
By Daniel Ford February 27, 2021
Facebook
Twitter
Linkedin
Email 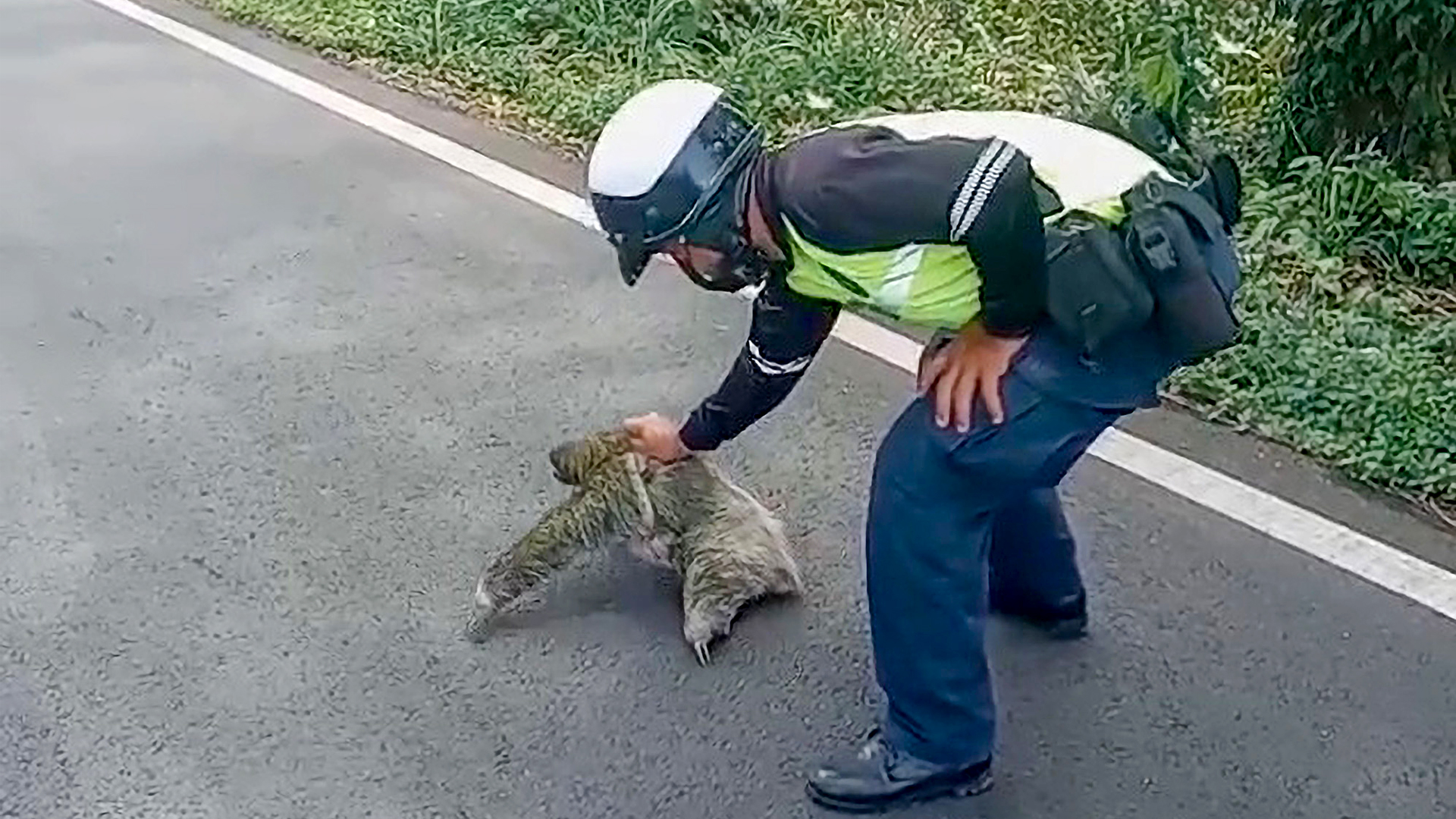 A police officer rescues a sloth that was found in the middle of the road in Bocas del Toro Province, Panama. (PNPma/Newsflash)

BOCAS DEL TORO, Panama — A video of a cop picking up a slow-moving sloth from the middle of the road before safely putting it on nearby grass has been shared by the Panamanian National Police department on Feb. 18 has gained followers.

The officer carefully picks up a lazy sloth and makes sure it stays out of the threat of being killed on road in the north-western Panamanian province of Bocas del Toro.

The Panamanian National Police shared also a video in a post of the rescue on their official Facebook page.

“National Police units rescued in the provinces of Bocas del Toro, a lazy man who was kept in the middle of the road. The foliage was released in its habitat,” wrote the police department.

In the footage shared by the police department, the officer can be seen picking up the calm animal by its scruff and holding it up to the camera.

He then carries the sloth over to a grass verge where he rests it down, apparently so it would move along without the further risk of being run over.

The local population and people on Facebook appreciated the kind deed of the cop.

“He is so cute, please take good care of him,” Dallys wrote on the post.

“So beautiful, thank you for protecting and serving,” Selfida Gonsalez also commented.

“Every day in the US, 190 million motor vehicles hit the road, and one million animals get hit by motor vehicles,” reads the website of Culture Change, a non-profit animal welfare organization.

“That’s counting cars, buses, motorbikes, and trucks, but not ATVs, snowmobiles, and other off-road vehicles. The figure includes mammals, birds, reptiles, and amphibians, but not insects and bugs, who somehow never count.”

Over the years, animals killed in roadkill accidents have been increasing.

“15 Florida panthers were killed by vehicles in 2007, a grim new record surpassing 2006’s 11 vehicle-caused deaths. There are only an estimated 80-100 Florida Panthers left in the wild” as per a factsheet by Defenders of wildlife.

Road crossing especially for animals helps to reduce the number of roadkill accidents. In Banff National Park in Alberta, Canada, 22 wildlife underpasses and two overpasses have reduced roadkill by 80 percent.