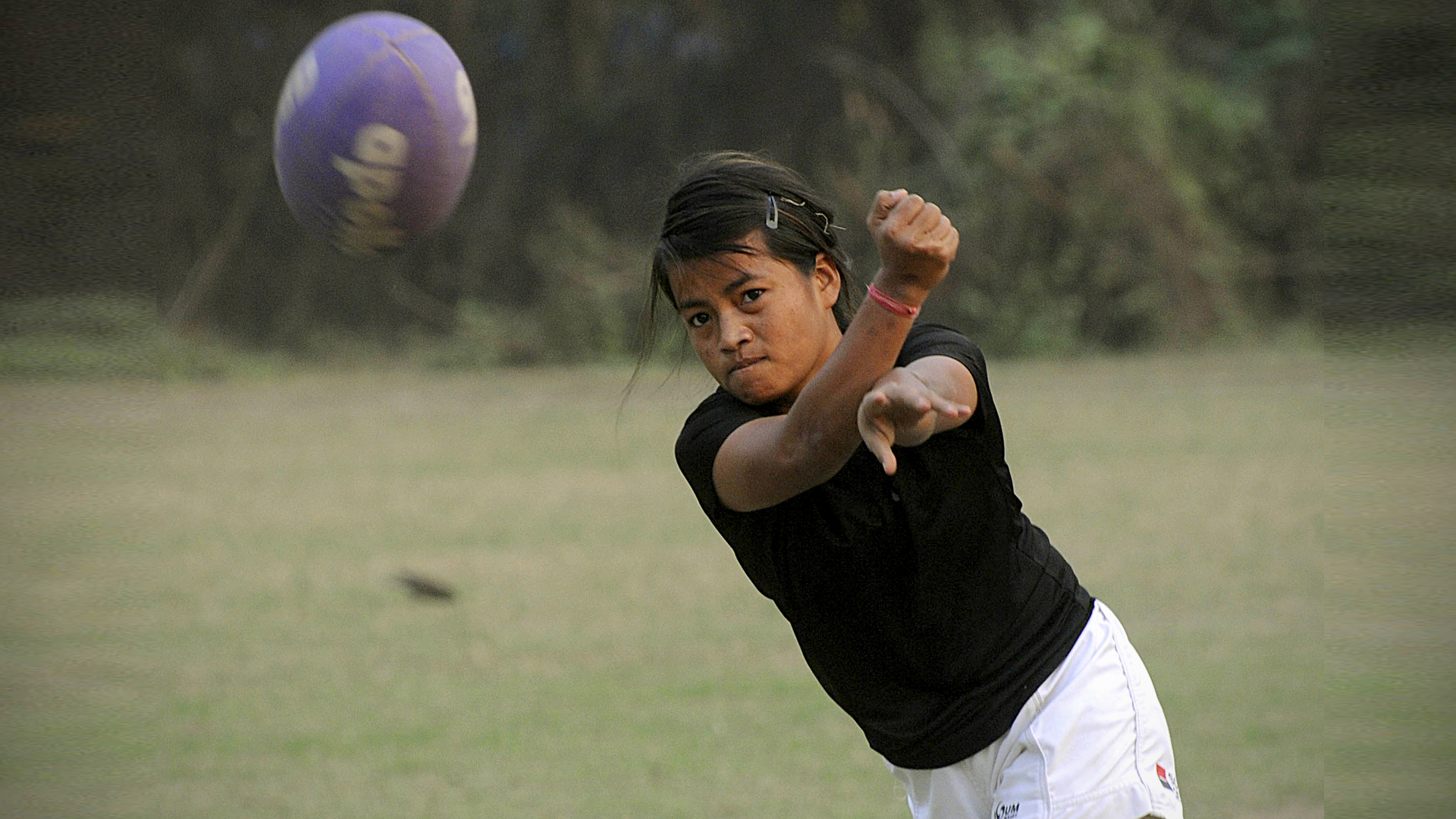 Growing up, Sandhya Rai’s world was Saraswatipur, a cluster of villages in rural north Bengal, and her playground was the Baikunthapur forest, home to deer, leopards, and wild herds of the Asiatic elephant.

As a child, Rai would often drive her parents to despair. High on energy, she’d often be found playing rough-and-tumble soccer with the village boys, or whacking around a ball on a makeshift cricket pitch in a forest clearing.

One day she came home with a broken nose — she had discovered tackle rugby.

But, that was then. 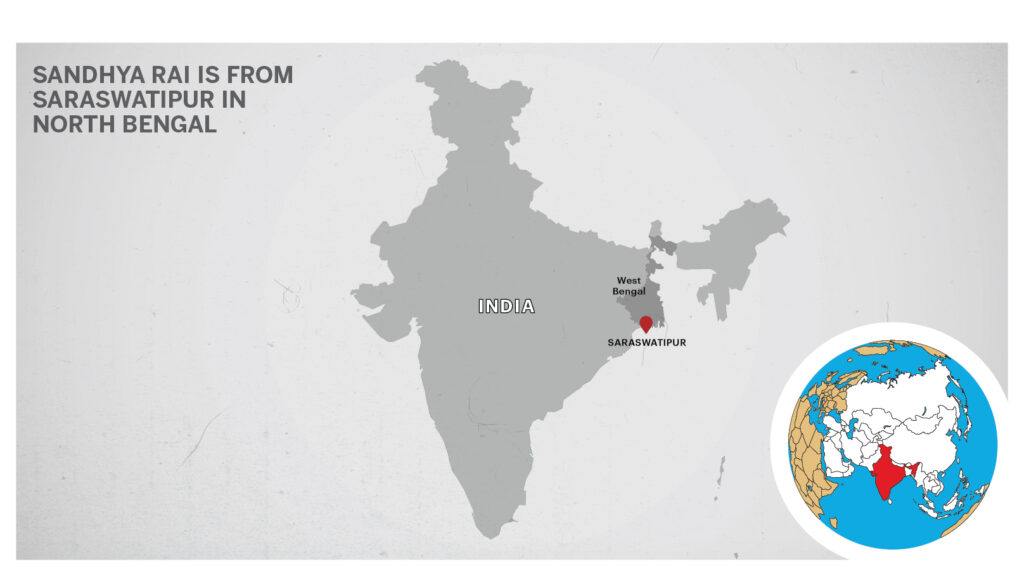 Today, Rai’s parents, who work as laborers at the Saraswatipur tea garden, are mini-celebrities in their hometown. The 20-year-old is a national rugby champion who has been chosen as one of Asia Rugby’s “Unstoppable” top 32 players to popularize the sport among women.

“There was a buzz about a new game that some people from the city had brought to the village. I went to the ground and saw that there was a huge crowd of youngsters playing with a weird egg-shaped ball. I had no clue what they were doing, but it seemed like fun, so I joined in.”

“I used to play soccer and had never heard about rugby, but I enjoyed the game,” she said. “At that time I thought it was a one-off thing and that coaches from the city would go back in a month or so. I had no idea my relationship with rugby would turn out to be a long-term one.”

Saraswatipur, about 26 km from Siliguri, the nearest major urban center, is an unlikely hub of rugby in the country.

However, the hamlet is truly India’s “rugby town” with over 400 youngsters passionately pursuing the sport. The region has produced nine national-level women rugby players.

Rugby was introduced to Saraswatipur about a decade ago by Father George Mathew, a Catholic missionary of the Salesian order who wanted to engage the youth of the region in some constructive activity.

“The people in this region have known isolation and lack of development for years,” Father Mathew told Zenger News.

“My weekly visit to the village to oversee the outreach developmental activities of the Salesian College, Siliguri, brought me in touch with this excellent group of young people.”

“I was familiar with rugby while I was in Kolkata working with children who live on the street and railway stations and I had seen the change it was bringing about in children from socially and economically backward communities. So, I thought we should introduce the sport among the children of Saraswatipur.”

The priest got in touch with the Kolkata-based Jungle Crows Foundation in 2013. Founded by former British diplomat Paul Walsh, the non-profit’s Khelo Rugby (Play Rugby) project uses the sport for community outreach and social development.

“We went to Saraswatipur, did a coaching camp for a month, and saw that there was a lot of enthusiasm about the sport among the children,” said Harinder Singh, general manager of the Jungle Crows.

“It was a typical underdeveloped Indian village. Almost all the adults were working in the tea garden and factory and that’s where the majority of the kids ended up when they grew up.”

Singh found that education was not a priority and most of the children were failing in their school-leaving exams.

“We decided to club rugby and education by laying down a condition that the children would not be allowed to participate in any tournaments if they didn’t pass their exams. We have also been giving scholarships to meritorious children for higher studies.”

Rai was the first girl from Saraswatipur to get a Khelo Rugby scholarship for higher studies.

“Sandhya is a role model for the girls of Saraswatipur. They see her going for foreign tournaments and hear about all the fame and glory that she has got and want to be like her,” said Singh.

Rai, who is studying sports management at the George Group of Colleges in Kolkata, is hard at work training for upcoming state and national-level tournaments. She is also excited about her “Unstoppable” trip to New Zealand that is slated later this year.

“When I was in Saraswatipur, it was my whole world,” said Rai.

“Even going to Siliguri seemed scary. But when I started venturing out with Khelo Rugby for my first tournaments, I began to realize that the world was a very big place,” she said.

Rai has been to many countries but her first trip abroad as part of the rugby sevens under-18 girls’ team for the Paris World Games in 2017 was the most special.

“I had never been on such a long flight before or seen a country that clean,” said Rai.

“I had been apprehensive about the trip because I wasn’t fluent in English, but it was reassuring to find players from other countries who knew even less of the language.”

“All the players were much bigger than us and even though there were some initial jitters, we managed to beat two of the teams. What matters more than strength, I learned, is technique and courage.”