This is not a one-off case in India where online gaming is booming.
By SHASHANK SHEKHAR February 26, 2021
Facebook
Twitter
Linkedin
Email

NEW DELHI — When 14-year-old Roshan Ali’s family gifted him a mobile phone to help him with his online classes, they did not know the device would become the cause of his death.

After a frantic search over for eight days, a team of divers fished out Ali’s body from the Gandhak river in the Gopalganj area in India’s eastern state of Bihar on Feb. 9.

The Class XI student had no rivals. His friends killed him.

“Ali’s friends went to his home and asked him to come to play together,” Amjad Ali, the victim’s uncle, told Zenger News, recalling the day.

“When Ali didn’t come home till 8 p.m., we got worried and went to his friends’ homes to check. They didn’t tell us anything. It was through mobile surveillance that the police could establish everyone’s location near the river,” he said. 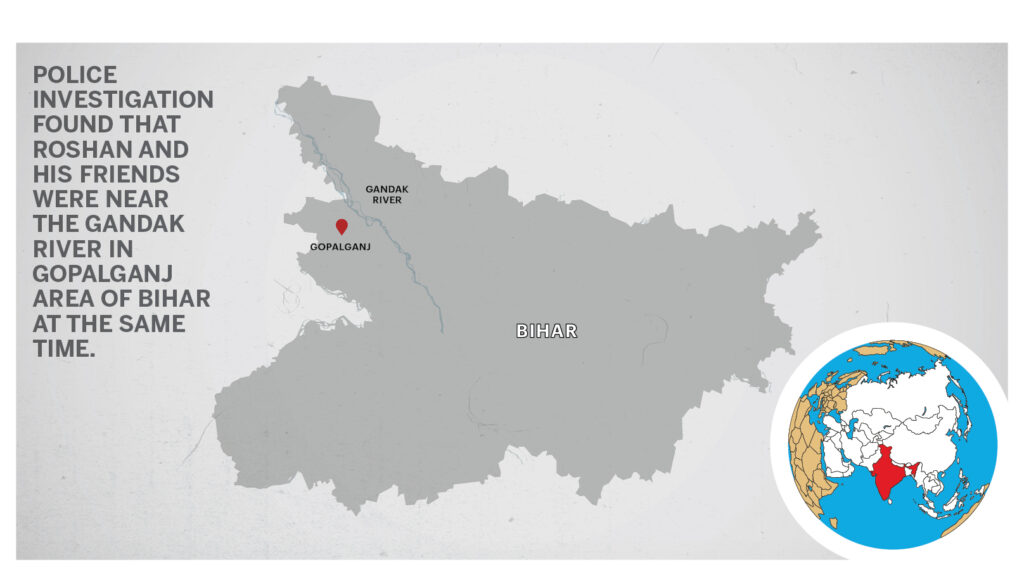 Naresh Paswan, a sub-divisional police officer of the area, told Zenger News that Ali went missing on Feb. 1, and after the location was traced near the river his friends were called for interrogation.

“It was then that they broke down and narrated how the craze for mobile-gaming led to his death,” Paswan said.

“Ali and his friends used to play a multiplayer battle royale game — ‘Garena Free Fire.’ His friends said Ali used to beat them in the game often but one day he allegedly hacked the login ID so that the others were unable to play. After Ali repeatedly denied access to the game to his friends, they strangled him and threw him in the river,” he said.

Battle royale is a violent, frenzied multiplayer game where the only goal is to endure until you’re the sole survivor. These multiplayer survival games let players engage with random online participants.

Ali, his uncle said, was a meritorious student. “His father who works in a Gulf country got him the mobile phone to help him attend online classes. We didn’t know he was playing games on it, or we would have stopped him.”

Ali is one among many young gamers who are getting aggressive, resorting to suicide, harming friends and even becoming victims of cybercrime as they get addicted to action-based online games.

Mobile-based gaming has seen a boom in India in the past couple of years. India’s action gaming market is dominated by “Garena Free Fire,” “Call of Duty,” “Fortnite,” and “PlayerUnknown’s Battlegrounds,” popularly called PUBG, which was banned in the country but is expected to be relaunched soon.

The “Garena Free Fire” website has a section that has information for parents. “We are committed to providing parents with the information they need and empowering them to help their children enjoy a safe and enjoyable experience on Free Fire,” the website states.

After the PUBG ban, Sensor tower data showed a steady increase in the number of downloads for games other similar games. 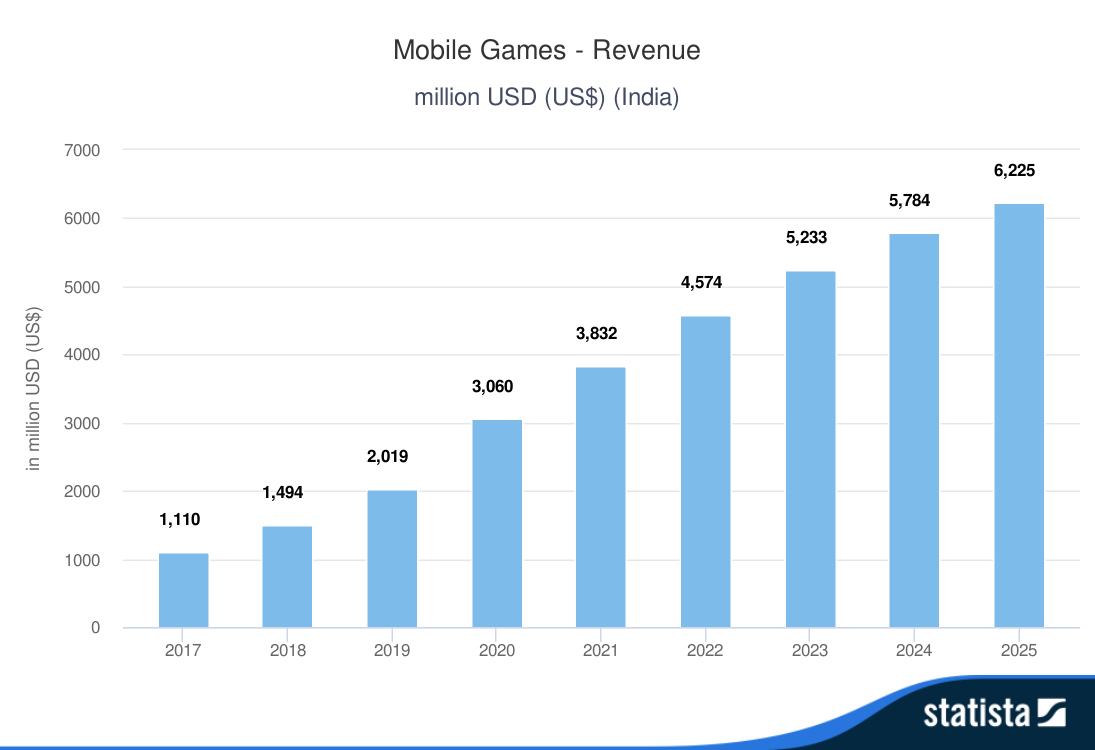 “Revenue in the mobile games segment in India is projected to reach $3,832 million in 2021,” a Statista report states.

The industry is expected to have 440 million gamers by 2022, according to a Google report. “Time spent on gaming also rose by 41 percent in India between February and March 2020,” the report states.

“As the number of gamers and the time spent on games skyrocket, crimes linked to the games have also shot up,” Triveni Singh, superintendent of police, cybercrime, in the northern city of Uttar Pradesh, told Zenger News.

In September 2020, an 11-year-old boy reportedly killed a 10-year-old girl from the neighborhood in the Indore region of Madhya Pradesh, in central India, as she repeatedly beat him in “Garena Free Fire” and often helped her younger brother beat the accused.

This incident came to light days after another 11-year-old boy was found dead in Surat in Gujarat in August 2020. He was allegedly killed by a 19-year-old neighbor after he refused to transfer “Garena Free Fire” gaming points to the accused.

“During pre-Covid times, schools had barred the use of phones on their premises, but now these are part of life.” Sharing an example of a boy from east Indian state Odisha who hung himself after his parents imposed curbs on online games, Dubey said: “Unlike alcohol and drugs, individuals are not warned about the dangers of spending time on gaming or realize the warning signs of such addictions.”

Sharing details of a case he handled recently, Singh said the Uttar Pradesh Police caught an aspiring professional gamer who is a college student for swindling another young mobile game player.

“The victim was addicted to online games. The accused promised to transfer him a huge amount of ‘Garena Free Fire’ gaming points and asked him to share his father’s card and e-wallet details. Instead of transferring him the points, he withdrew INR 8 lakh [$10,834] in installments,” said Singh.

Earlier in February, a 16-year-old boy from southern India collapsed and died. The officer investigating the case said the boy collapsed after playing “Garena Free Fire” continuously for several hours, but doctors said he died due to a brain hemorrhage.

The World Health Organization added “gaming disorder” to the international classification of diseases in 2019.

“About 87 percent of adults in Indian cities believe that online gaming takes a toll on their physical and mental well-being,” an India Digital Wellness Report by consumer cybersecurity brand NortonLifeLock states.

“About 76 percent of respondents feel that addiction to action games lead to changed behavior and can increase depression and anxiety levels,” the report, for which 1,500 adults were surveyed across Indian cities, said.

The website of Gujarat-based de-addiction center, Alpha Healing Center, states that the “feeling of restlessness or irritability when unable to play is one of the common signs of a problem”.

But then studies have also said gaming is good for mental wellbeing. A study by the University of Oxford states people who play video games, even for long periods, report a positive impact of game-play on their mental wellbeing. The study is one of the first that uses actual play time data.

“We have to counter technology with technology. There are multiple ways to check and monitor online activity and browsing behavior,” Dubey said.

“Parents still don’t know how to filter or to keep a check on content accessed by their kids. Holistic digital learning is required,” Singh said.

“Parents, academic, media, role models will have to come together and focus on inculcating media literacy,” Parikh said.

Ali’s death has shocked his neighborhood. “He was a lively boy. No one could imagine that a mobile game could lead to his death. We can’t talk about digital learning, we only need justice,” Ali’s uncle said.