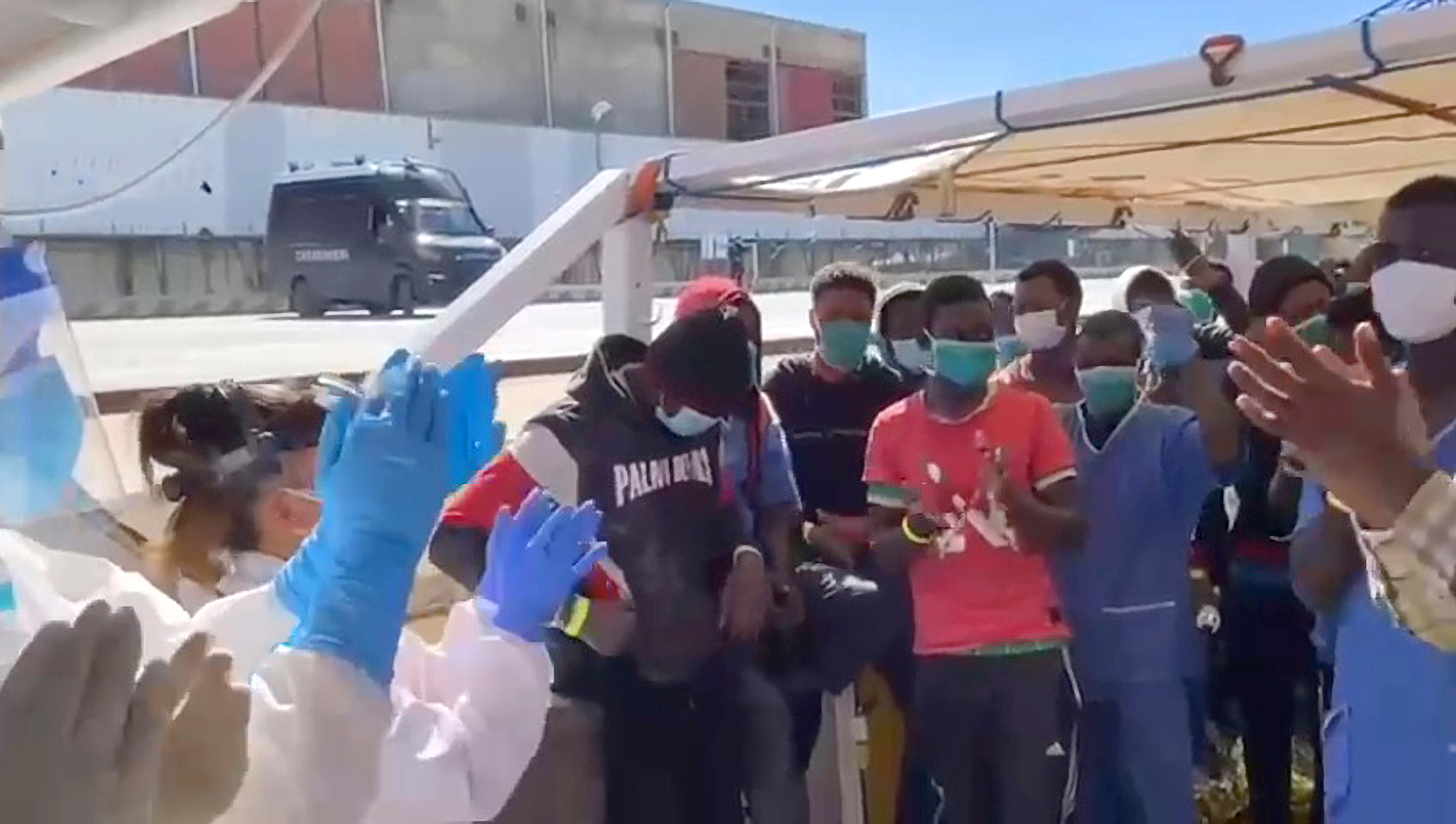 SICILY, Italy — As a way of giving thanks to their rescuers, a group of African migrants stood and applauded members of the Spanish humanitarian organization that brought them safely to an Italian port.

Most of the 146 migrants, including a three-month-old baby, hailed from Mali, Guinea, Cameroon, Togo and Burkina Faso.

The migrants were forced to remain on board to quarantine after being rescued by the Spanish humanitarian organization Open Arms in two operations off the coast of Malta on Feb 12 and Feb 13.

Video captured on the Open Arms ship as it is docked at Porto Empedocle on the island of Sicily in southern Italy shows the group standing around the boat, smiling and clapping on Feb. 15. Open Arms members, following Covid-19 precautionary measures, join them in celebration.

The footage ends as the migrants disembark at the Sicilian port.

“All the passengers were tested for Covid-19 prior to disembarking,” said Dr. Junafe Jimenez of Open Arms.

Among the migrants were two women at an advanced stage of pregnancy, 58 minors, and 50 unaccompanied children, with the youngest being a three-month-old baby named Moez.

Open Arms noted the challenges the rescuers faced as the ship confronted severe weather conditions and continuous harassment from Libyan militias, who warned them to leave the area.

The organization claims that the European Union plays a role in helping and funding Libyan militias who capture and forcibly return migrants.

“The EU and its member states even in 2020 continue to implement policies trapping tens of thousands of men, women, and children in a vicious cycle of abuse, showing a callous disregard for people’s lives and dignity,” said a statement from Amnesty International in the EU.

The European Border and Coast Guard Agency, known as FRONTEX, is under investigation by the European Anti-Fraud Office over allegations of harassment, misconduct, and unlawful operations during border control missions.

“Mission 81 #Astral returns home @PortdeBadalona after rescuing 45 people in international waters central #Med and having sailed for days in very difficult sea conditions. Thank you team, you are great, you’re the soul of this humanitarian mission,” tweeted Open Arms.

The migrants rescued last week are expected to spend two weeks in quarantine as required by Italian Covid-19 regulations.

With the increasing number of migrants arriving in Italy last year, anti-immigration sentiment has grown and restrictive policies have been adopted.

The failure of the Arab Spring and in particular the collapse of the Libyan state resulted in increasing numbers of refugees and economic migrants. Many drowned while trying to migrate to other shores. Waves of migrants overwhelmed the Italian port of Lampedusa in 2020.