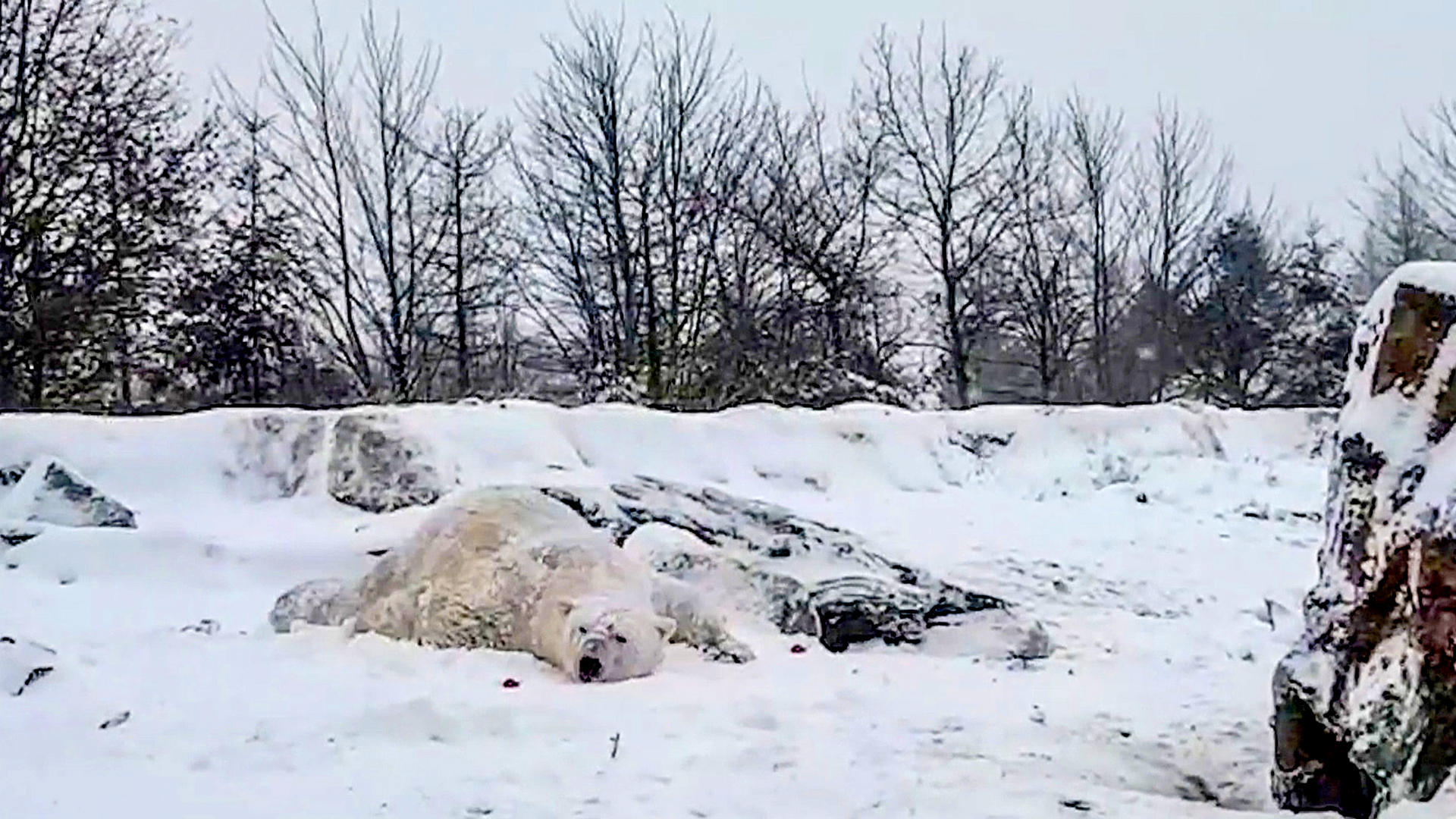 Polar bear Wolodja playing in the snow at Rotterdam Zoo in the city of Rotterdam, Netherlands. (Diergaarde Blijdorp/Newsflash)

ROTTERDAM, Netherlands — A polar bear was seen having the time of its life rolling in the snow at a Dutch zoo. The video of the moment was shared by the Rotterdam Zoo authorities on their Twitter account and has gone viral on social media.

The Netherlands has been witnessing snowfall and major parts of the country are covered under snow. During this crucial time, the zookeepers are trying to protect animals from the freezing cold, but the polar bear is enjoying the weather.

“Wolodja, the polar bear is 10-years-old and in 2019 he was transferred from Ouwehands Zoo in the Dutch municipality of Rhenen to Diergaarde Blijdorp, otherwise known as Rotterdam Zoo,” the Rotterdam zoo authorities said.

Wild polar bears spend most of the year on the ice and in the cold sea, so Wolodja feels more at home in the Dutch winter than many of the other animals.

To accommodate arctic animals, the zoo has artificial lakes filled with over 507.2 million ounces of seawater where they can swim.

In contrast, the zoo’s tropical animals, who are not as keen on the cold weather, are kept indoors as a precaution to prevent frostbite or illness.

Lakes designed to keep animals in zoo enclosures have frozen solid, giving some the opportunity to try and make a break for it. The authorities informed that this was the case with the red pandas who are jokingly nicknamed by zoo staff as the ‘Houdinis of Blijdorp’. 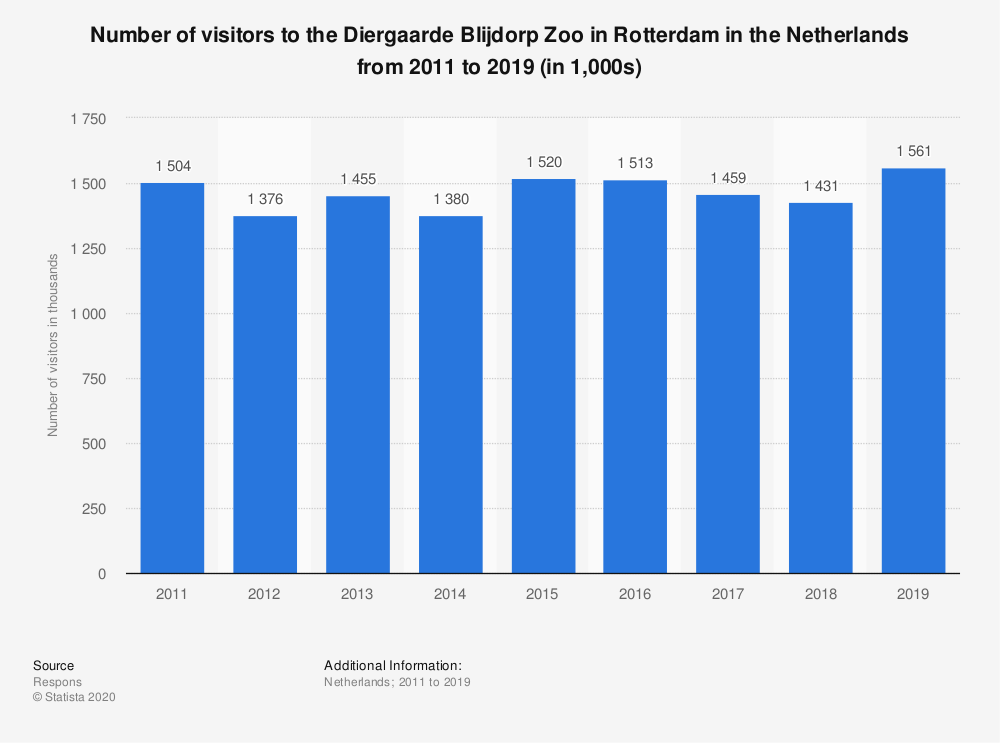 And for other residents such as the giraffes, it is not safe for them to take walks in the open air during the cold winter because of the slippery ice. These long-legged Savannah dwellers run the risk of slipping because of their height and potentially injuring themselves.

Rotterdam zoo, spread across 25 hectares, is one of the oldest zoos in the Netherlands. A report states that in 2019 parks and zoos came second as the most visited tourist destination in the country while museums took the top spot by attracting almost one-third of all the visitors.

The zoo has been closed for almost a year owing to the lockdown restrictions since 2020 and is yet to be opened for the public. The authorities are planning to open the doors soon due to a decrease in the revenue of the zoo.

Reports state that the Rotterdam Zoo is the most visited zoo in the Netherlands with around 1.42 million visitors, domestic and international, in 2018. Natura Artis Magistra, which is situated in the center of Amsterdam takes the second position and had approximately 1.42 million visitors, while Safaripark Beekse Bergen stood at third place and attracted roughly a little more than 1.11 visitors in 2018.

«Previous Post
Cops Fine Four Passengers Not Abiding By The Covid-19 Restrictions»Next Post
Way To No: Cops Seize Motorist Who Blamed SatNav For Driving On Wrong Side Of The Motorway