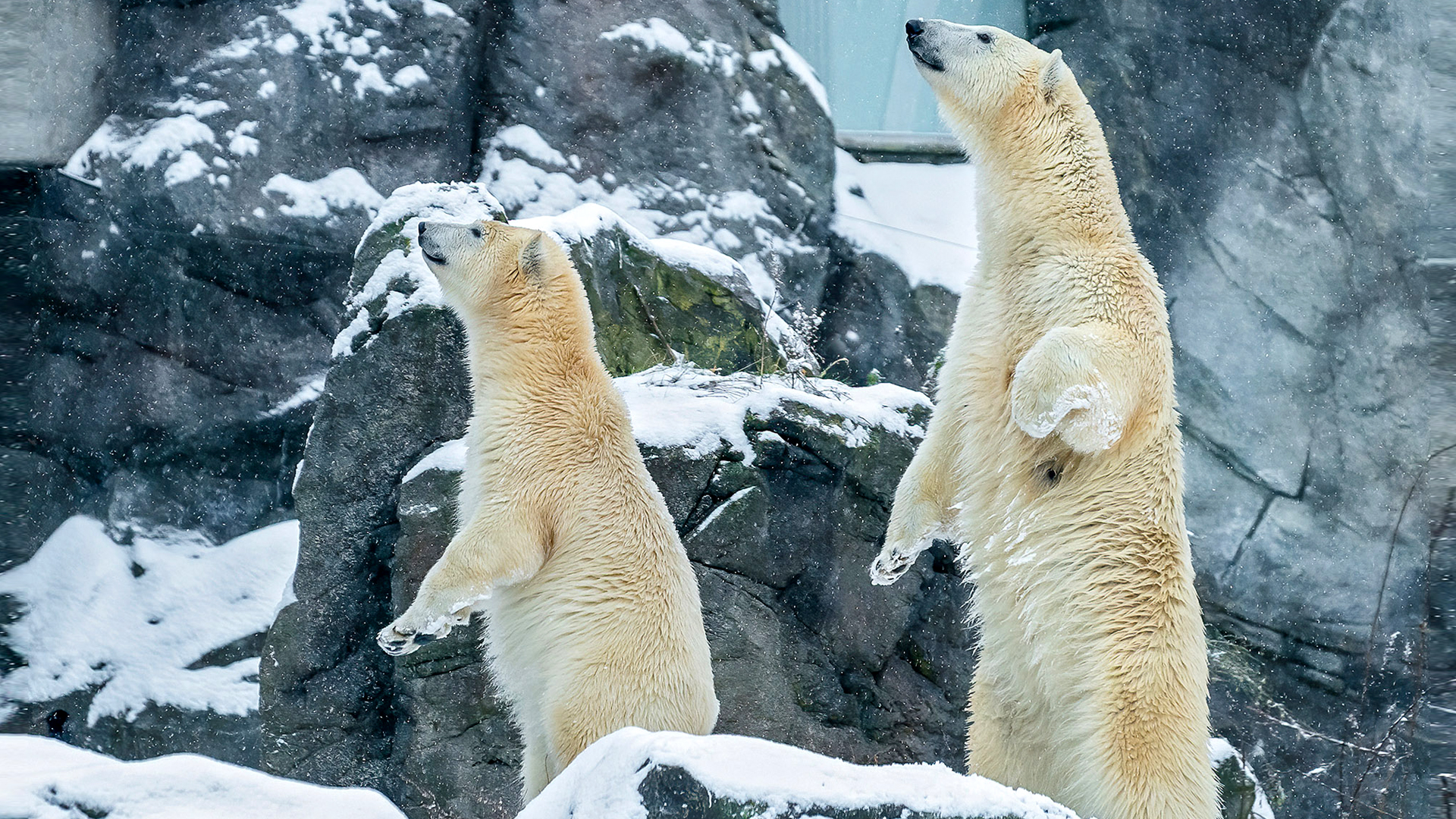 VIENNA, Austria — The world’s oldest zoo, Schoenbrunn Zoo, has shared adorable footage of polar bears and other animals playing in the snow.

The zoo, along with 150 other national parks and research centers, has joined a global initiative called United for Biodiversity across the world to fight against the endangered species protection alliance.

“All species, from bacteria to mammals, plants to insects, are pieces of the big puzzle of life. They are all connected and depend on each other,” said Virginijus Sinkevicius, European Union Commissioner for the Environment, Oceans, and Fisheries. “Yet one species, our species is now responsible for the climate crisis and the nature crisis, causing massive biodiversity loss. By destroying Earth ecosystems, we humans are jeopardizing our food, our health, our economy, and our own future.”

The campaign was organized at the initiative of the European Commission, which is calling for a stronger mobilization in raising awareness to protect biodiversity.

Although the zoo animals featured in the video are safe from any poaching and starvation, their distant relatives in the wilderness are facing harsh realities of the environment as a result of current climatic changes and habitat loss.

Zoo experts also agree that maintaining biological diversity is the greatest challenge of the present time. As per the report titled Convention on Biological Diversity, there are approximately 3,000 indigenous vascular, approximately 8,000 lower plants, 10,000 fungi, and 46,000 animal species. The most recent inventory distinguishes about 500 different habitat types and more than 800 psychological associations with Austria.

“Every species of animal and plant that is exterminated is irretrievably lost and brings the entire ecosystem out of balance, with serious consequences for us humans as well,” said Hering-Hagnenbeck, the zoo director.

Schoenbrunn Zoo have important endangered ambassadors such as Finja the polar bear, several little cheetahs, mischievous panda couple Yuan Yuan and Yang Yang, and many others. They are a part of conservation breeding programmes.

Zoo visits contribute greatly to the protection of endangered species. Through money obtained from visitors, the Vienna zoo supports 13 species protection projects in Austria and around the world, one of them being the preservation of the Batagur river turtles in Bangladesh.

Commissioner Sinkevicius claimed that they urgently need to take local and global actions and reconnect it with nature before it is too late.