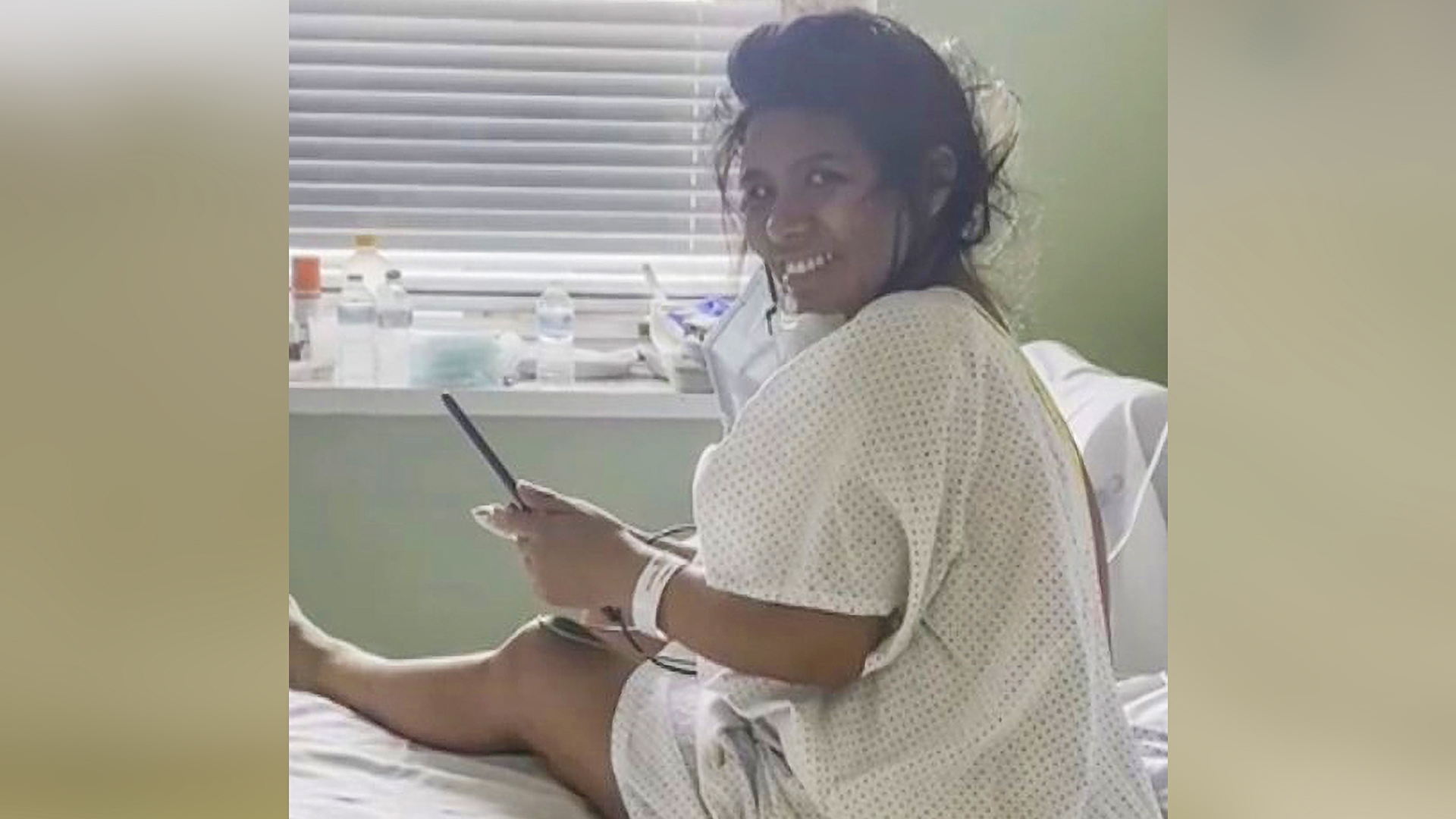 The moment a mother meets her baby during a video call. (Hospital 12 de Octubre/Newsflash)

MADRID, Spain — A 32-year-old mother, who was tested positive for Covid-19, finally met her baby via a video call 13 days after giving birth.

The woman identified as Vilma A. was admitted to the Hospital University ’12 de Octubre’ in Orcasur in the Spanish capital of Madrid.

“Vilma contracted the disease during the last stages of pregnancy and was suffering from respiratory problems, so doctors decided to perform a cesarean section on Jan 24,” said the hospital in a statement.

She gave birth to a healthy baby girl and the mother was taken to the Intensive Care Unit and put on a ventilator.

Vilma reportedly spent 13 days in the Intensive Care Unit and recovered well until she was able to meet her daughter but not in person — instead, it was via a video call with the father and baby at the other end.

The images showed the woman in a hospital bed with an oxygen mask on which she removes to look at the tablet and see her baby for the first time.

The mother was reportedly moved out of the Intensive Care Unit and spent another seven days in the hospital before being discharged.

The hospital’s Intensive Care Unit has reportedly attended to 150 patients with Covid-19 during the pandemic.

“Pregnant women or recently pregnant women who are older, overweight, and have pre-existing medical conditions such as hypertension and diabetes seem to have an increased risk of developing severe Covid-19,” said World Health Organization in a report. “When pregnant women develop severe disease, they also seem to more often require care in intensive care units than non-pregnant women of reproductive age.”

It affects around 10 percent of all pregnant women worldwide and is a major cause of death and illness among mothers and babies, though most deaths are preventable.

As per a report by Narayana Health, there is no evidence to suggest an increased risk of miscarriage if exposed to Covid-19. There is also no evidence of vertical transmission, which refers to the ability of the virus to pass to the unborn baby during pregnancy.

Expert opinion is that the baby is unlikely to be exposed during pregnancy, and have any defects in development as a result. As of now, there isn’t any new evidence that says otherwise.