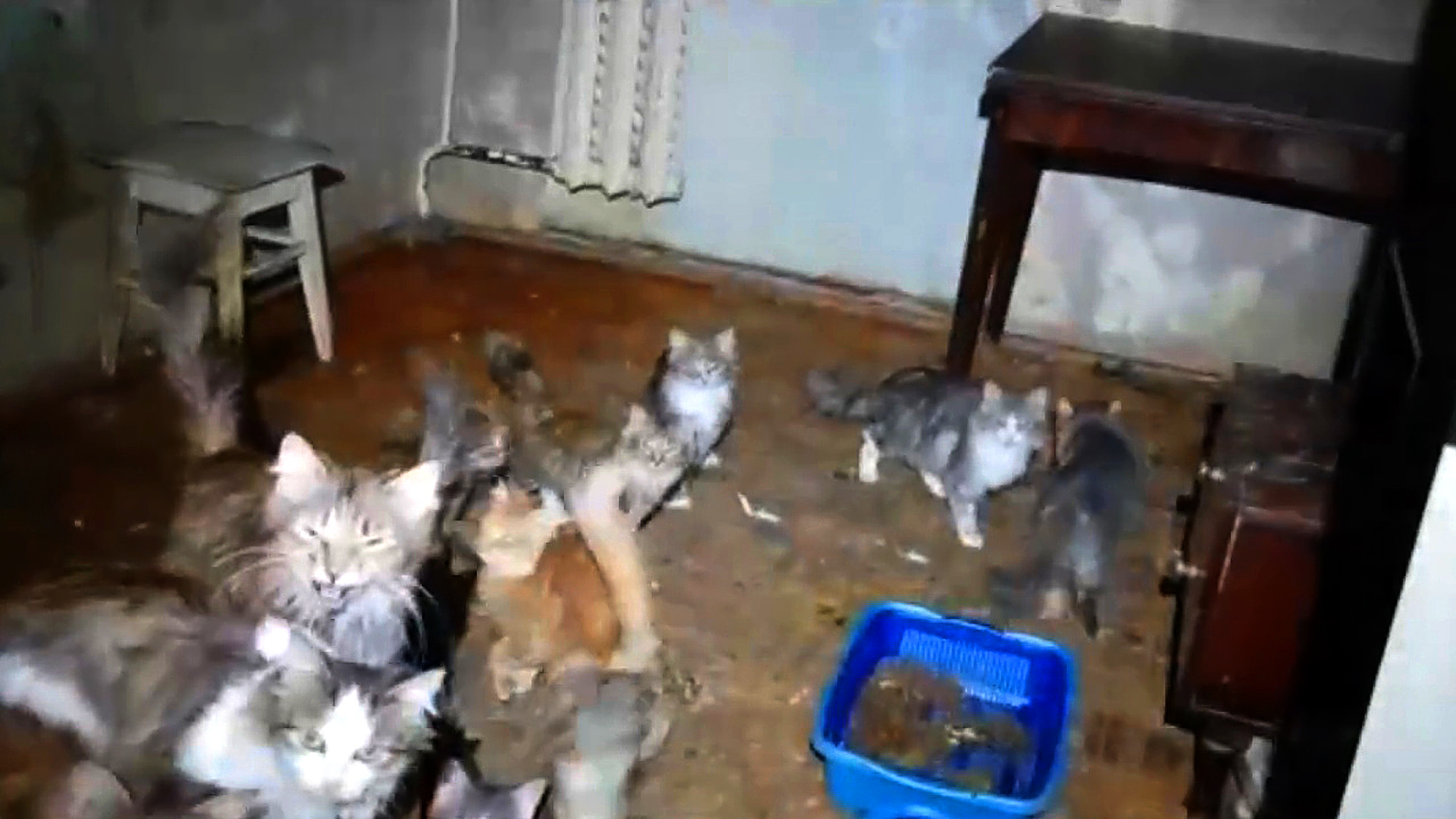 Around 50 cats were found locked up in a small apartment in the city of Izhevsk in Russia. (Evgenia Manko/Newsflash)

IZHEVSK, Russia — A disturbing video of 50 cats locked up in a small apartment in Russia has been shared by the veterinary department officials.

In the video, the apartment shows dozens of cats running around two small rooms, one of which is littered with fur and bones. The incident took place in the Russian city of Izhevsk, western republic of Udmurtia.

“We have been unable to access the apartment for inspection and hence, cannot confirm if there has been any cruelty,” said employees of the service for veterinary and phytosanitary supervision.

Despite dozens of complaints, the situation remains the same. The woman living with the cats refused to allow anyone to enter her apartment, leaving the police officials unable to take any action against the issue.

“We were first contacted about the situation in Nov. 2020 and were recently sent a video showing as many as 50 cats being kept in a small apartment. We hope we are able to remove the cats, give them veterinary care and find them responsible owners,” said an Animal Rights Organization.

“We contacted the woman who lived with the cats to arrange and deliver food, but the woman stopped communicating with us and then locked herself inside with the animals.”

Although police have not been given access to their apartment, the neighbors during the interview with the police said that the stench has taken over the whole building.

They further informed that the lady is single and lives alone with dozens of cats. “Though she has grown-up children, they never visit her,” said a neighbor. 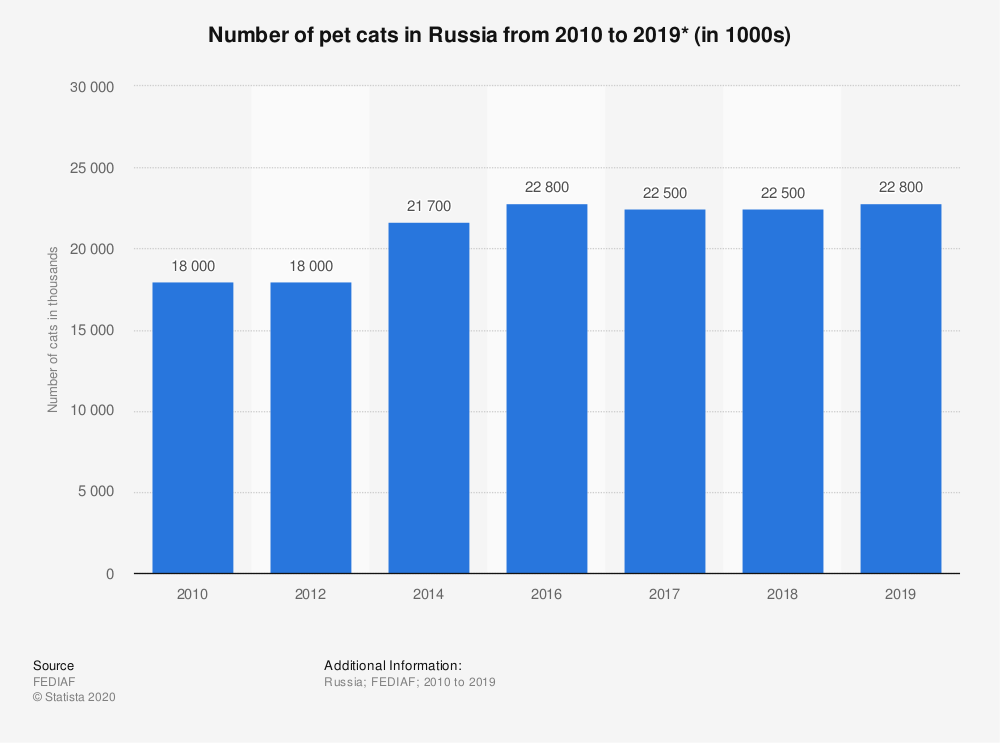 Local authorities have reportedly refused to open a criminal case on animal cruelty as it was not possible to confirm the actual situation. However, the regional attorney’s office confirmed that agents of the interior ministry will look into the matter.

In 2019, around 22.8 million domestic cats were recorded countrywide, which was 4.8 million more than in 2010. With the growing population and love of domestic animals, the market for animals has been gradually increasing. Food for cats and dogs accounts for the largest turnover, marking over 2.4 billion in 2018.

For pet food sales growth, retail sales of cat food grew at a higher rate than that of dogs by September 2019. A positive attitude towards domestic animals is widespread in Russian society.