Fire rose to 70 feet and took two days to be brought under control. 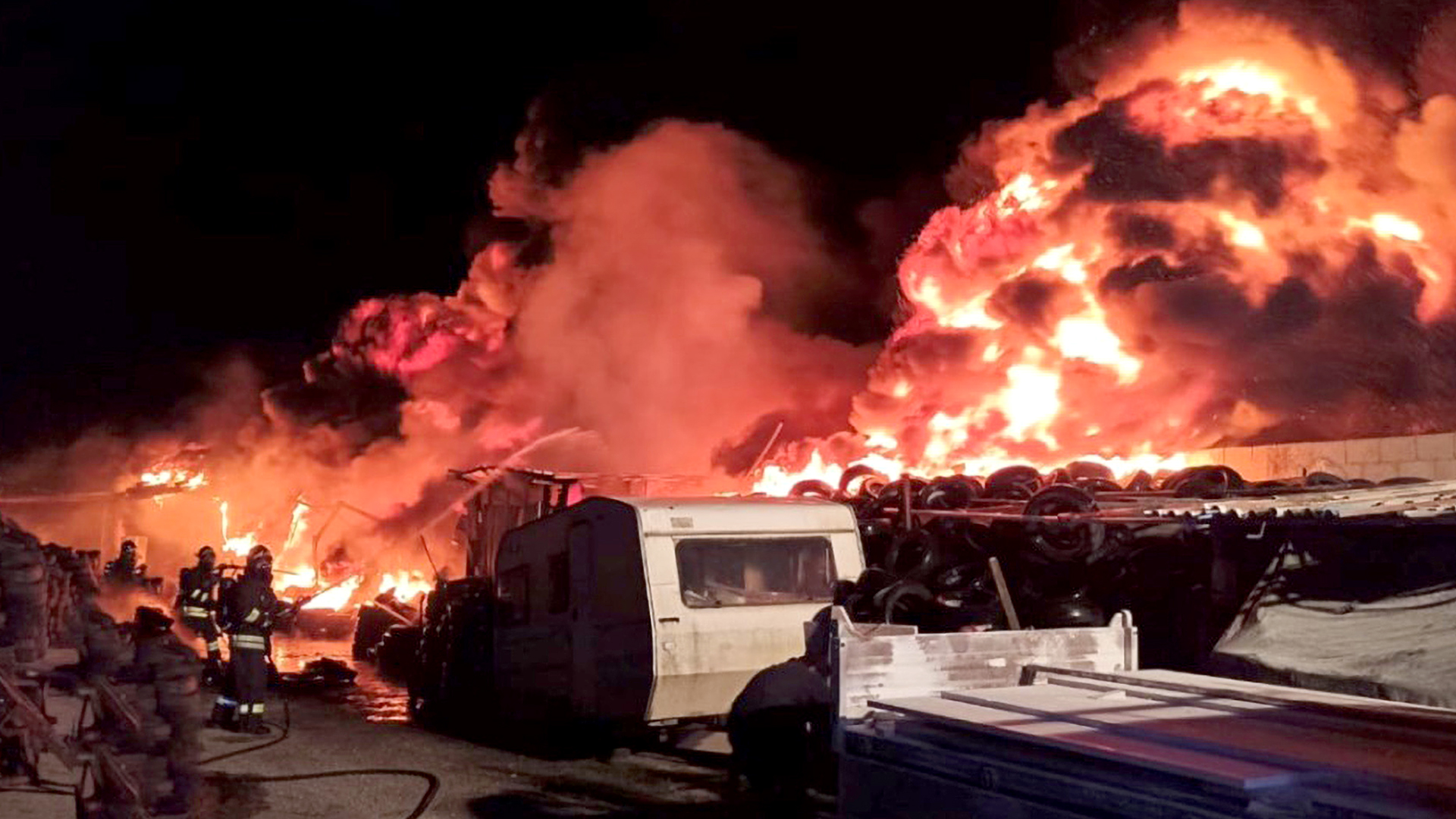 SARDINIA, Italy — A massive fire broke out in a tire warehouse in Quartu Sant’Elena area in the municipality of Cagliari on the Italian island of Sardinia on Feb. 15. The incident led to the evacuation of the city.

Firefighters immediately rushed to the scene and responded to a massive fire that occurred at an open-air warehouse. The warehouse was used as a tire depository.

Though the fire was gigantic, the cause of the fire is yet to be determined. The report suggests that the fire did not cause any major harm to human life despite its severe nature.

In a video shared by the Italian agency for fire and rescue service, Vigili del Fuoco, on its Twitter account, six firefighting crews can be seen working in full gear as the 20-meter-high blaze rages over piles of rubber tires.

Once the operation was completed, the fire and rescue department tweeted, “Fire at the tire depot in Quartu Sant’Elena: The Fire spreading to nearby structures was prevented by Vigilidelfuoco, extinguishing the last outbreaks and reclaiming the area that went into flames began at dawn.”

After preventing the flames from spreading to the nearby structures, the extinguishing operations continued the next day, with the help of airport fire fighting vehicles that were capable of delivering a large quantity of water.

Pictures released by the fire service show the firefighters surrounding the building and attempting to control the fire at night. The raging fire can be seen from a distance.

Reports state that the fire rose to the height of 70 feet and took two days of hard work for the rescue operation to get hold of the situation. The area was evacuated and no casualties have been reported. The fears mainly concern the spread of toxic fumes from the burning tires.

An investigation has been ordered to determine the probable cause of the fire as well as to determine an estimation of the loss of property due to the mishap. Any more details on the matter have not been made public by the authorities.

Reports state that around 18,000 deaths take place related to fire-related injuries across the world. The death rate due to fire injuries is more than the scalds, electric burns or any other burns accidents.

Scald is a burning injury that happens when the skin comes in contact with hot liquid.

Another report also says that the majority of burn injuries take place in middle or low-income countries and burns are one of the primary factors leading to disability-adjusted life-years lost in low- and middle-income countries.

The high-income countries have seen a downfall in the burn death rates however the rate of child death due to burn is currently over 7 times higher than the low and middle-income countries.

Morbidity along with prolonged hospitalization, disfigurement and disability are the results of non-fatal burns in most countries and have been on several occasions been resulting in stigma and rejection.