Mom and dad romp in the sun with their youngsters.
By Uran Dulatahi February 23, 2021
Facebook
Twitter
Linkedin
Email 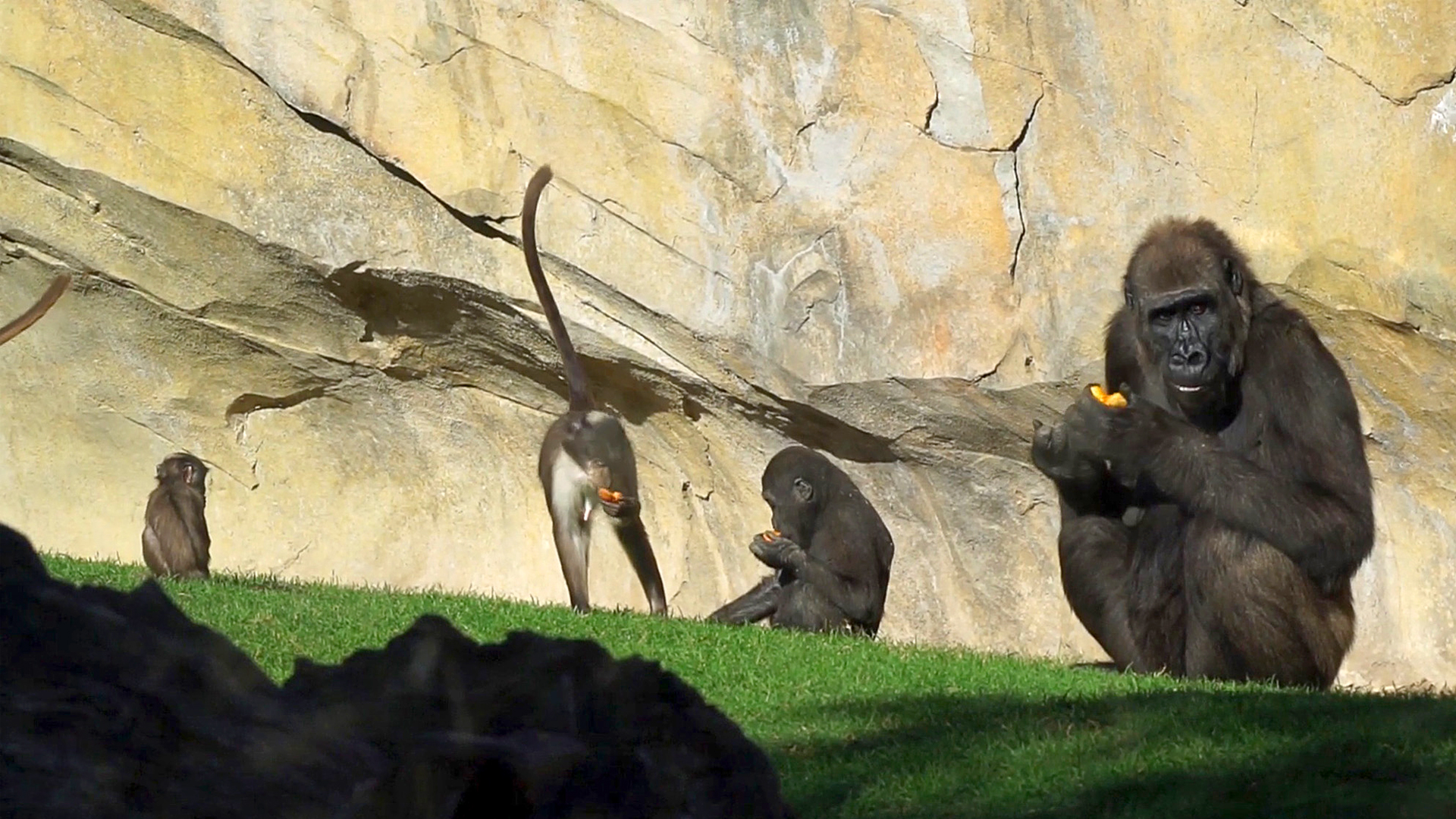 Some of the members of the gorillas family at Bioparc Valencia, Spain. (BIOPARC Valencia/Newsflash)

VALENCIA, Spain  — A video has been released by the Valencia Bioparc zoo authorities showing the caring side of a gorilla family, who are raising a 22-month-old silverback.

In the clip, it is seen that the young toddler Felix, who lives with his father Mambie and mother Ali takes the center stage while playing with his fellow primates in the zoo.

The zoo located in the city of Valencia in the eastern Spanish region participates in the preservation of gorillas through its Bioparc Foundation.

“Young Felix was named after Felix Rodriguez de la Fuente who was a “pioneer for the defense of the environment who transmitted love like no other for animals and the need to maintain balance with nature,” said a zoo official.

Being a toddler gorilla, Felix spends most of his time with his mum who carried him around on her back and looked after him, and as seen in the video, he is also still feeding on her.

Ali is one of three females in the group of gorillas present in the zoo and the other two are named Fossey and Nalani.

The park is part of the European Endangered Species Programme (EEP) which manages the population of animals of the European Association of Zoos and Aquaria for threatened species.

The European Endangered Species Programme (EEP), founded in 1985, issues zoos with mandatory breeding recommendations in order to keep genetic diversity as high as possible, avoid inbreeding and develop a European population independent of the wild. It is currently known as the EAZA Ex-situ Programme.

It is one of the worldwide assemblies of such regional breeding programs for threatened species in zoos. The North American counterpart is the Species Survival Plan (SSP), while Australian, Japanese, and Indian zoos also have similar programs.

These gorillas are usually found in nature on the edges of forests and mostly feed on vegetation and occasionally insects like termites.

The gorilla family lives in the Valencia equatorial jungle alongside white-crowned mangabeys, which are listed in the International Union for Conservation of Nature’s endangered list.

The mangabeys are also known as “eye stripe monkeys” because of their distinct white eyelids used in their communication. Sooty mangabeys are gray-colored primates with a lighter-colored chest and stomach.