Locals termed the statue ugly and protested to get it erected from park.
By Feza Uzay February 23, 2021
Facebook
Twitter
Linkedin
Email 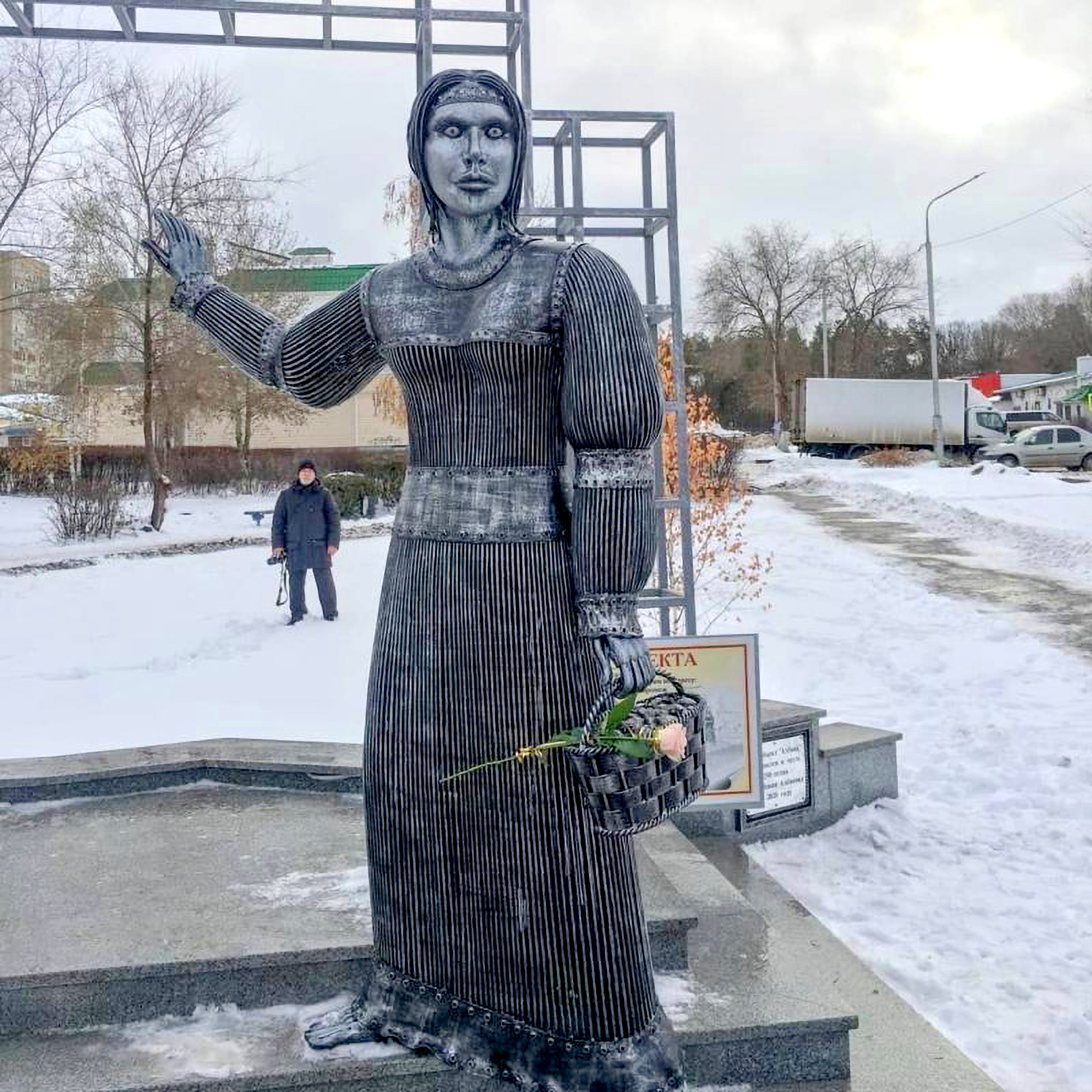 The Alyonka statue was erected in the park. (nvktv/Newsflash)

The Alyonka monument celebrated the town’s 250th anniversary on Dec 18, 2020.

However, it was not for the faint-hearted and upset locals who insisted that officials remove it as they felt it as “disgraced to the city”. They had their demands met days later on Dec 21, 2020.

“We wish your 2020 to be MUCH better than 2021,” said the tweet referring to the Alenka chocolate for a better year ahead. “The scary #Alenka monument (to the left), unveiled in #Novovoronezh, perfectly embodies this year. It has already been dismantled. A hint for all the woes? Let the next year be as sweet as the #Alenka chocolate.”

The monument had been modeled after a Russian woman named Alyonka.

As per the legend, Alyonka was a walker, a term used for people who went searching for new lands to settle. She found an ideal place for her village but was killed by a thief named Kudeyar next to a stream.

Both the town and the stream took the name of Alyonka before turning into the city of Novovoronezh as it is known today.

“Legendary Soviet chocolate Alyonka has 50 years of glorious history. Chocolate Alyonka — milk chocolate, made in the Soviet Union in 1965 and later produced in Russia, including at the confectionery factory “Red October” (1966)” as per Soviet Art.

After the sculpture was removed, a plaque was put in its place and the sculpture was kept in storage where it remained until a recent auction. In the auction, it was sold for $35,000 (RUB 2.6 million). The sum was over double the initial cost of the statue was $13,000 (RUB 1 million).

The bid was won by Elena Osipova, who was representing a local business called Hamina during the auction, which had four bidders and went on for nearly two hours.

The sale was announced by businessman Yevgeny Khamin who reportedly works for an organization called Hamina.

“Other cities wanted to take what’s ours from us at the auction. Our Alyonka. We, residents of Voronezh, do not give up on what’s ours. And no stranger is needed,” said Khamin.

The park is set to open in the new town adjacent to the city that will be called Solnechny, however, the date is still uncertain.