History-making 10th-century treasure was handed to the officials 11 years after it was discovered.
By Lisa-Maria Goertz February 23, 2021
Facebook
Twitter
Linkedin
Email 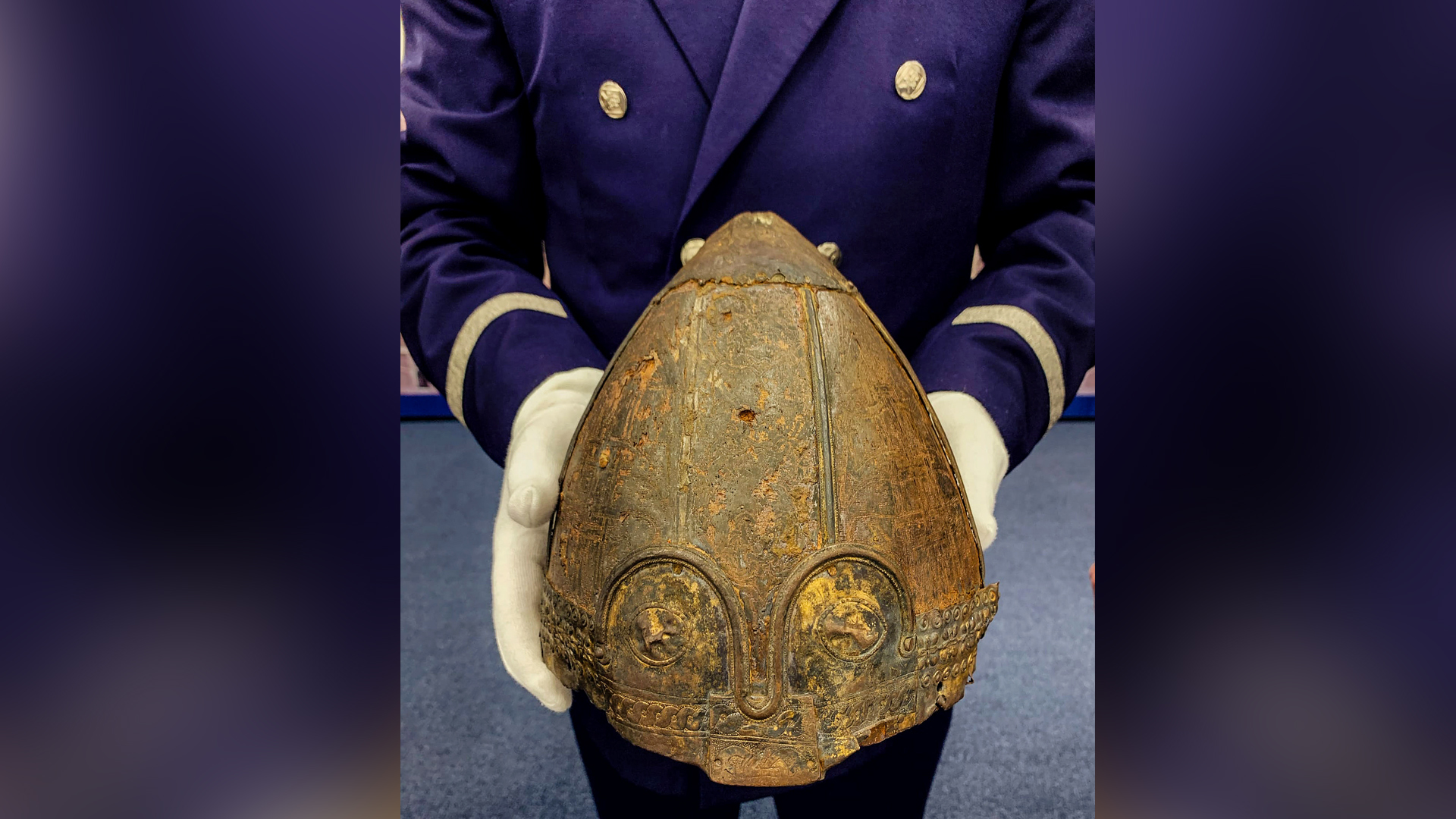 The unique medieval helmet, of Viking origin was found near Siret River 11 years ago. (Politia Romana/Newsflash)

SIRET, Romania — A medieval helmet of Viking origin — among only a handful to have survived in Europe — has been unearthed in Romania.

The helmet, believed to be from between the 10th and 13th centuries, was found during work at Siret River, which flows through the east of Romania.

As per the local media, the helmet was found 11 years ago but was not declared or handed over to authorities until now after a police investigation recovered the item on Feb 7.

“Investigations began as early as December 2020, following clues obtained by police officers,” said Romania Police in a Facebook post. “The helmet of Viking origin was initially found during landscaping works carried out in 2010 at Siret River without being declared or handed over to the authorities.”

“The cultural item can be dated to the X-XIII centuries and represents a type of helmet most often encountered in the Baltic and Kievian Rus region,” it said. “It is appreciated by specialists in the field as having immeasurable historical value, being unique in Romania, and among the few known examples in Europe.”

The helmet has been handed over to the Moldova National Museum Complex where experts will begin to classify it as a national cultural heritage item.

Towards the end of the 8th century, Norsemen (‘men from the north’) began carrying out a series of violent raids across Northern Europe, terrifying many people in the region. During these lightning raids, they ransacked monasteries and towns, killing countless numbers of people or taking them as prisoners.

“Over time, Norsemen came to be more commonly known as ‘Vikings’, a word that comes from the old Norwegian word Vik, meaning inlet of the sea,” said a report published by Oxford University Press. “The Vikings were skilled sailors and shipbuilders, and their feats of exploration across the sea are still admired today.”

“By around the AD 1000, the Vikings were settling in many of the places they had raided, and most had stopped worshipping the Norse gods and adopted Christianity,” it said.

The Viking society was divided into three main classes. At the top, there were Jarls who were the rulers and the wealthiest members of the community. Their wealth and authority came through inheriting land or being successful in battle.

At the middle level of the society were the Karls, who made up the majority of Viking communities. There was a broad range of wealth within this group. Karls could be farmers, merchants, hunters, fishermen, shipbuilders, weavers, or blacksmiths.

Thralls were slaves. They had few rights and were not allowed to own lands. Some of them were foreigners who were captured during a raid and were traded as slaves. Others became slaves because they were unable to pay their debts.