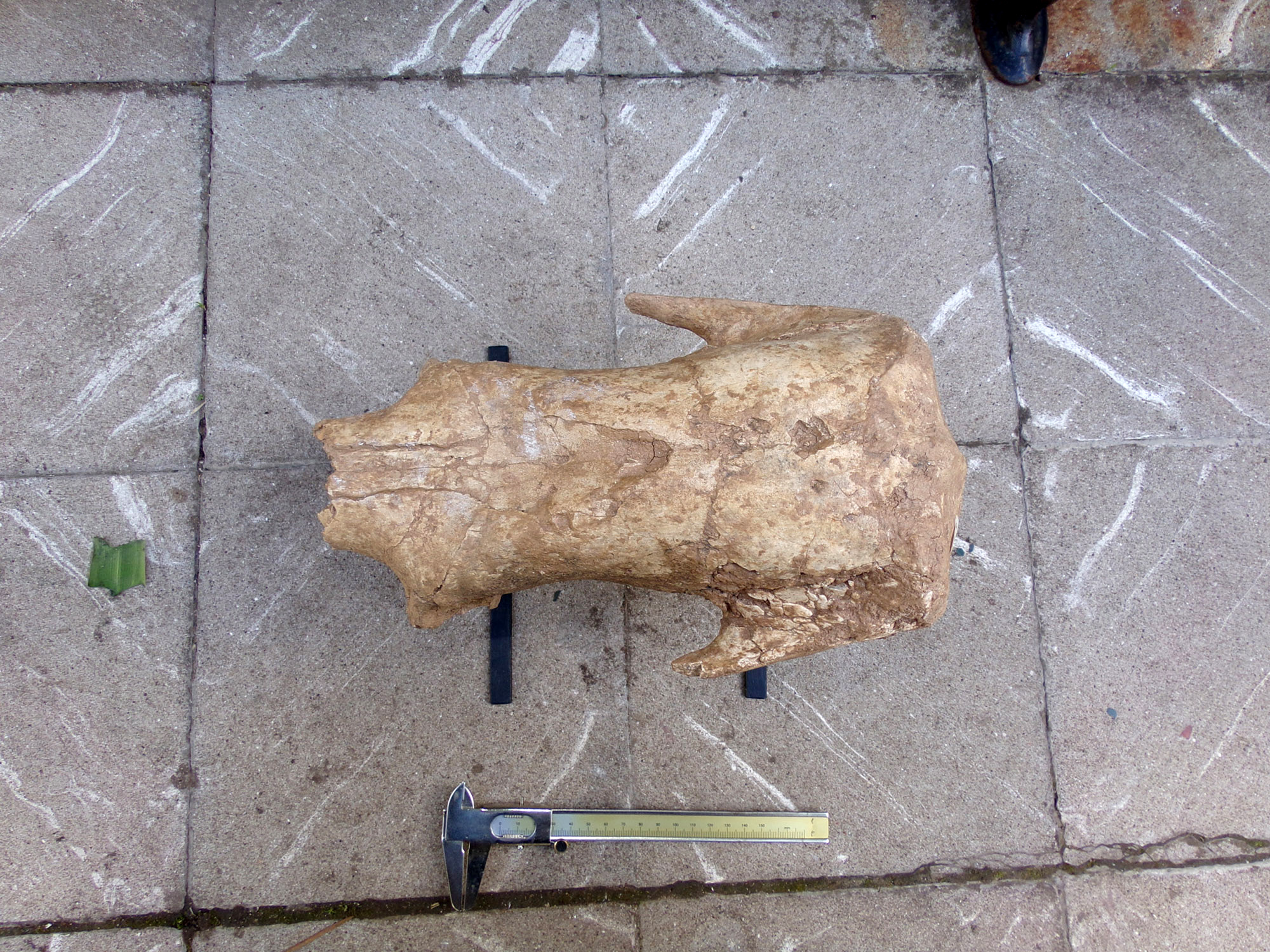 BUENOS AIRES, Argentina — A 3.6 million-year-old giant sloth skull could change the theory about the history of the species in South America, scientists believe.

The perfectly preserved skull of a juvenile sloth, which was found by a team of researchers in Argentina, weighs nearly six tons and is five meters (16.4 feet) long. The location of the rest of the skeleton is not known.

The Megatherium fossil was found two years ago, along with many other prehistoric remains in San Eduardo del Mar, Buenos Aires.

The animal was young when it died, and the skull still had its teeth.

“Megatheriums are one of a number of giant ground sloth species that thrived in South America in the Early Pliocene epoch roughly 5 million years ago until the end of the Pleistocene epoch 11,700 years ago,” scientists say. However, the skull that was found recently leads experts to say that the animal existed before that.

“This skull upsets everything we thought we knew, and we should start thinking that that Megaterium appeared in the Pampean region before they did in the Bolivia region,” said Nicolas R. Chimento, an expert in natural sciences at Argentina’s National Scientific and Technical Research Council. “Therefore, these Megatherium remains could be considered as the oldest giant sloth remains ever found, as the ones found in Bolivia and Peru are younger. Still, more research needs to be conducted.” 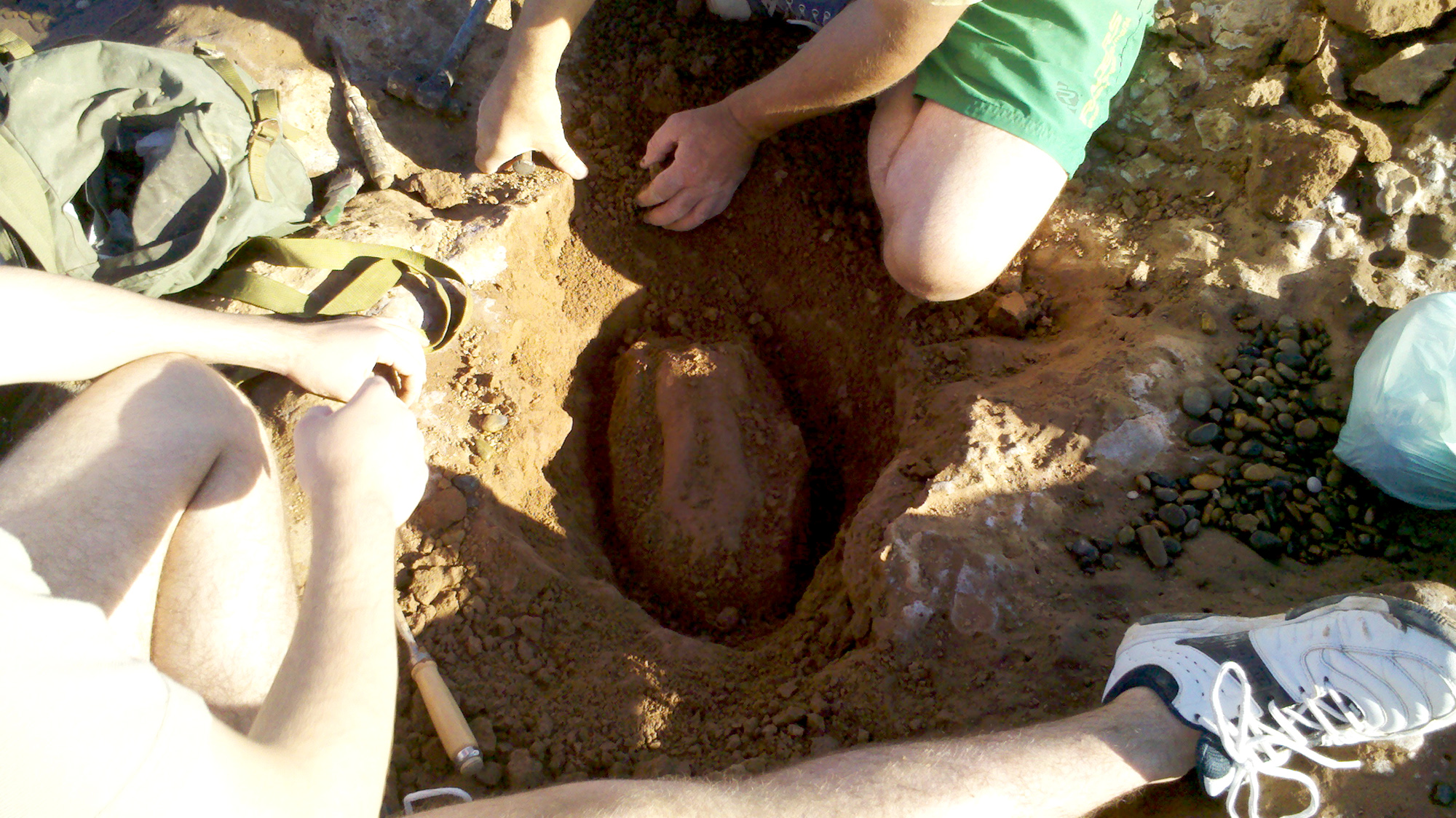 ‘The origin of the giant sloth traces back to the Pampean region, after which the marginal population of these animals migrated to other countries,” according to the former theory.

After the recent excavation of the skull, current theory suggests that the Megatherium originated in the mountain range, were smaller in size, and migrated to the plains of the Pampean region, where they grew larger.

During the Pleistocene period, the Pampean region was a desert.

“There were arid pastures with prickly bushes and plants adapted to arid areas. There were trees but closer to the ocean. It is believed that the Megatherium could stand on its two hind paws in order to grab food from the high trees. This theory is based on the fact that the Megatherium had a weighted pelvic hip that helped it to stand up on two paws, like current bears do. The Megatherium had a narrow nose and a long tongue used to grab the branches, like today’s giraffe,” said Chimento.

“Megatherium was herbivorous creatures and did not have front teeth, but had very big molars. These were very hairy animals. It is believed it is a kind of bear as no sloths are living in Argentina.”

Mysteries surround the life of the Megatherium species, which existed until 10,000 years ago. They are believed to have perished during the Ice Age.

“Megatherium americanum is the scientific name for an extinct species of giant ground sloth. The name means ‘great beast from America’,” according to London’s Natural History Museum.

“Discovered in 1787 by Manuel Torres in Argentina, the first M. americanum fossils were shipped to the Museo Nacional de Ciencias in Madrid, where the original skeleton is still on display.”