Starting on Feb. 24, only firms with fewer than 20 employees will be able to apply.
By Amanda Robert Honigfort February 23, 2021
Facebook
Twitter
Linkedin
Email 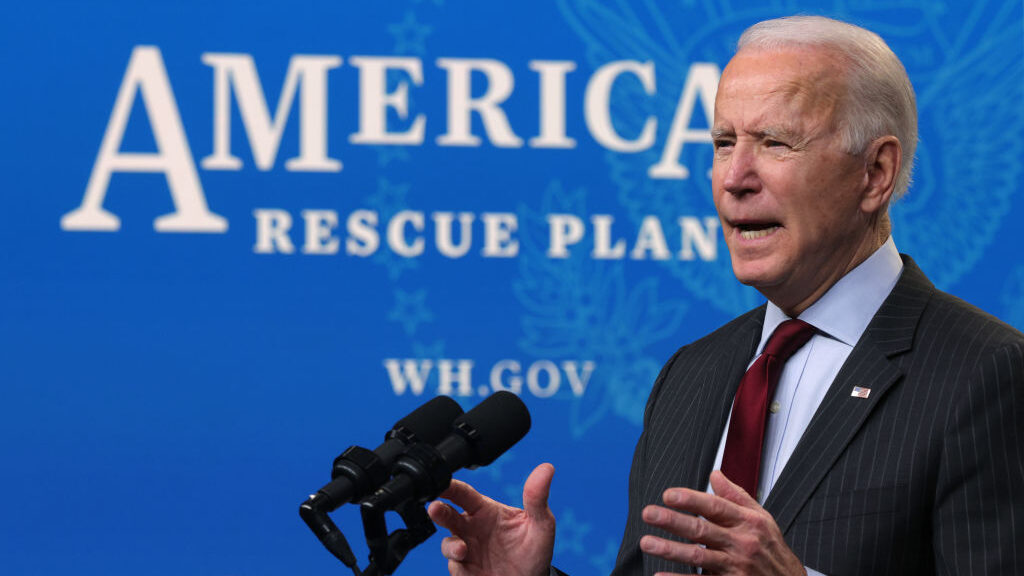 U.S. President Joe Biden speaks during an announcement related to small businesses at the South Court Auditorium of the Eisenhower Executive Office Building Feb. 22, 2021 in Washington, D.C. President Biden announced changes to the Paycheck Protection Program aimed at helping small and minority-owned business to qualify for federal loans due to the economic impact that has been caused by the COVID-19 pandemic. (Alex Wong/Getty Images)

The changes are intended to address the complaints of many small businesses — particularly those owned by minorities — struggling to gain access to funding needed to weather the COVID-19 pandemic.

Initial PPP rounds were criticized for awarding forgivable loans to major corporations, as well as how banks administered the funds.

The latest round of PPP funds opened a month ago. The Biden administration said it was an improvement over previous rounds, but cautioned more measures are needed.

The reforms include five new provisions aimed at combating fraud and broadening the pool of potential recipients.

First, for 14 days starting Wednesday, Feb. 24, only small businesses with fewer than 20 employees will be able to apply.

“Ninety-eight percent of small businesses have fewer than 20 employees. They are Main Street businesses that anchor our neighborhoods and help families build wealth,” the announcement reads. “The 14-day exclusive application period will allow lenders to focus on serving these smallest businesses.”

The statement noted that small businesses account for nearly half of the country’s jobs, nearly two-thirds of net new jobs, and 44 percent of the United States’ Gross Domestic Product.

Second, $1 billion will be set aside for businesses designated as sole proprietors, independent contractors and self-employed individuals who have no employees and are located in low- and moderate-income areas. In previous rounds of funding, businesses in those categories had a particularly hard time receiving funds and, if approved, it was often for miniscule amounts.

Third, the administration will be eliminating the rule that businesses with at least a 20 percent ownership stake by an individual with a felony conviction within the last year are ineligible for funding. However, if that felony was related to financial assistance fraud within the previous five years, or if the owner is currently incarcerated at the time of the application, that business is still ineligible.

Next, the administration is providing a pathway for businesses owned by individuals who are delinquent on their student loans. Previously, if a business had at least a 20 percent ownership stake from someone currently delinquent or who has defaulted within the last seven years on a federal debt, including a student loan, their business was ineligible. However, with so many Americans struggling to pay their student loans during the pandemic, that is no longer the case for student-loan delinquencies.

Finally, the Small Business Administration has not always allowed applicants to use an Individual Taxpayer Identification Numbers to apply for the program, even though the law states the loans are open to all lawful U.S. residents with businesses in the United States. Now, the administration is clarifying that lawful U.S. residents, such as Green Card holders, may use their Individual Taxpayer Identification Numbers to apply for a loan.

The administration is also announcing new steps to combat fraud and promote transparency about where the funds are distributed.

Approval of all PPP loans will now be contingent on passing SBA fraud checks and the Treasury’s Do Not Pay database. There will also be manual loan reviews for the largest payouts and for randomly selected additional loans.

“The [SBA] has worked, and will continue to work, with its lender partners to create streamlined processes to resolve issues as quickly as possible, while still ensuring taxpayer dollars are spent wisely,” the statement reads.

“At all levels and across agencies, the administration will continue to engage with communities to inform the design and delivery of vital programs that meet their needs,” the statement read.

The administration says it hopes these changes, along with its expected passage of the American Rescue Plan will increase funding for small businesses and boost the U.S. economy.