Hoard Of The Rings: Fascist Fighting Soldier’s Body Identified By His Jewelry 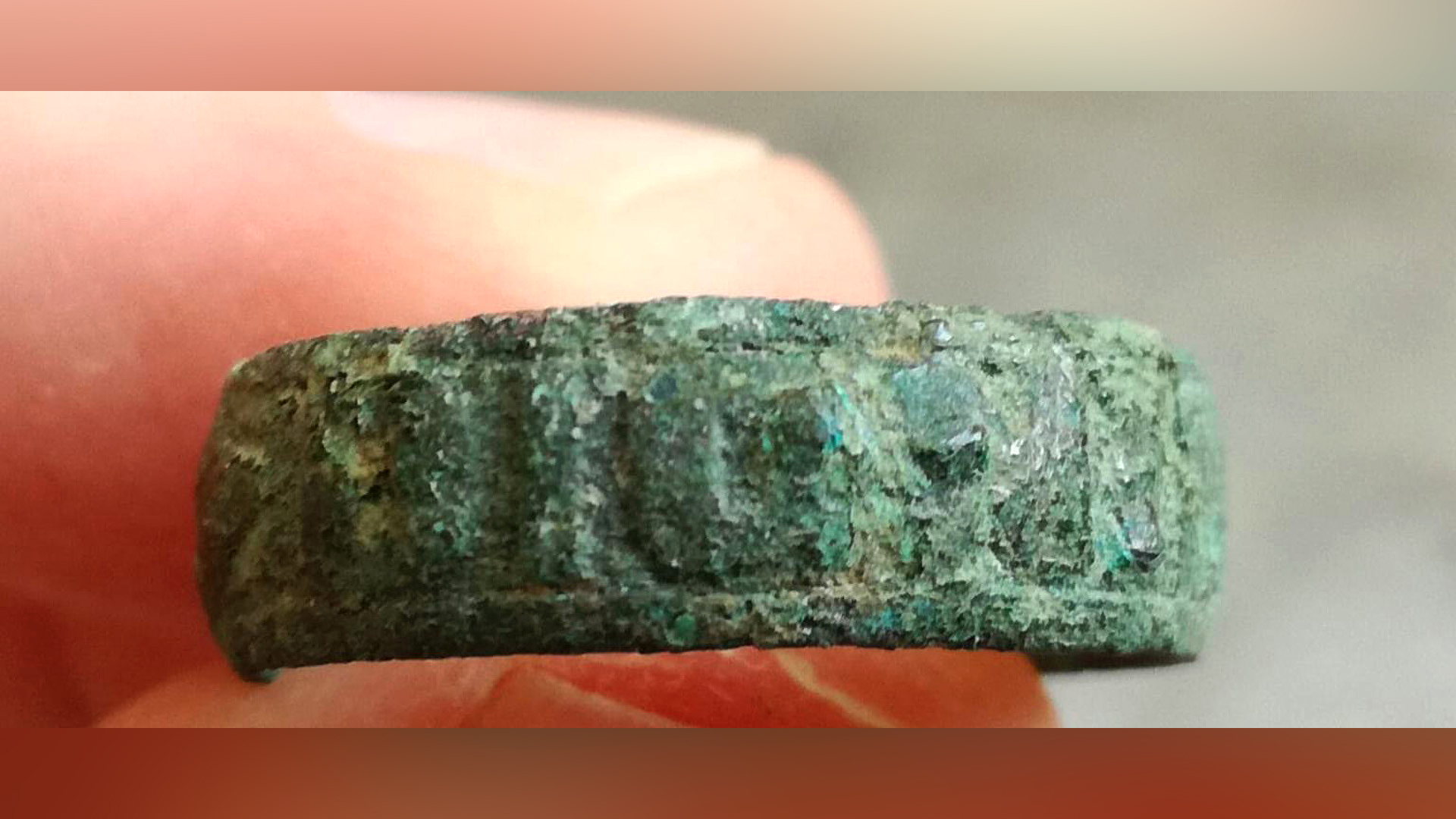 One of the rings found in the grave. (AMEDE/Real Press)

CADIZ, Spain — A soldier’s body has been identified thanks to the discovery of two rusty rings found on his remains in a common grave in the southern Spanish province of Cadiz.

The body identified is Alberto Garcia Martinez who was sent to a concentration camp during the Spanish Civil War before being executed because he was loyal to the Republican government.

“All of them are men and it is believed that most of them are soldiers, as San Fernando had a military population and one of the walls of the cemetery was used as a place to execute those who were loyal to the Republic and not to the nationalist band that started the war,” said Francisco Javier Perez Guirao, president of the Association for the Recovery of Democratic, Social and Political Memory of San Fernando (AMEDE).

The rings were found on the bones of his index finger buried in the common grave of the cemetery of the city of San Fernando, where experts and archeologists have been working to identify remains since 2016.

Martinez, was from Cartagena, in the south-eastern Spanish region of Murcia. When he was 43-years-old, he was executed at 6 am on Jun. 18, 1940 at the wall of the cemetery, which had been beaten by the Francoist supporters, who had won the war. 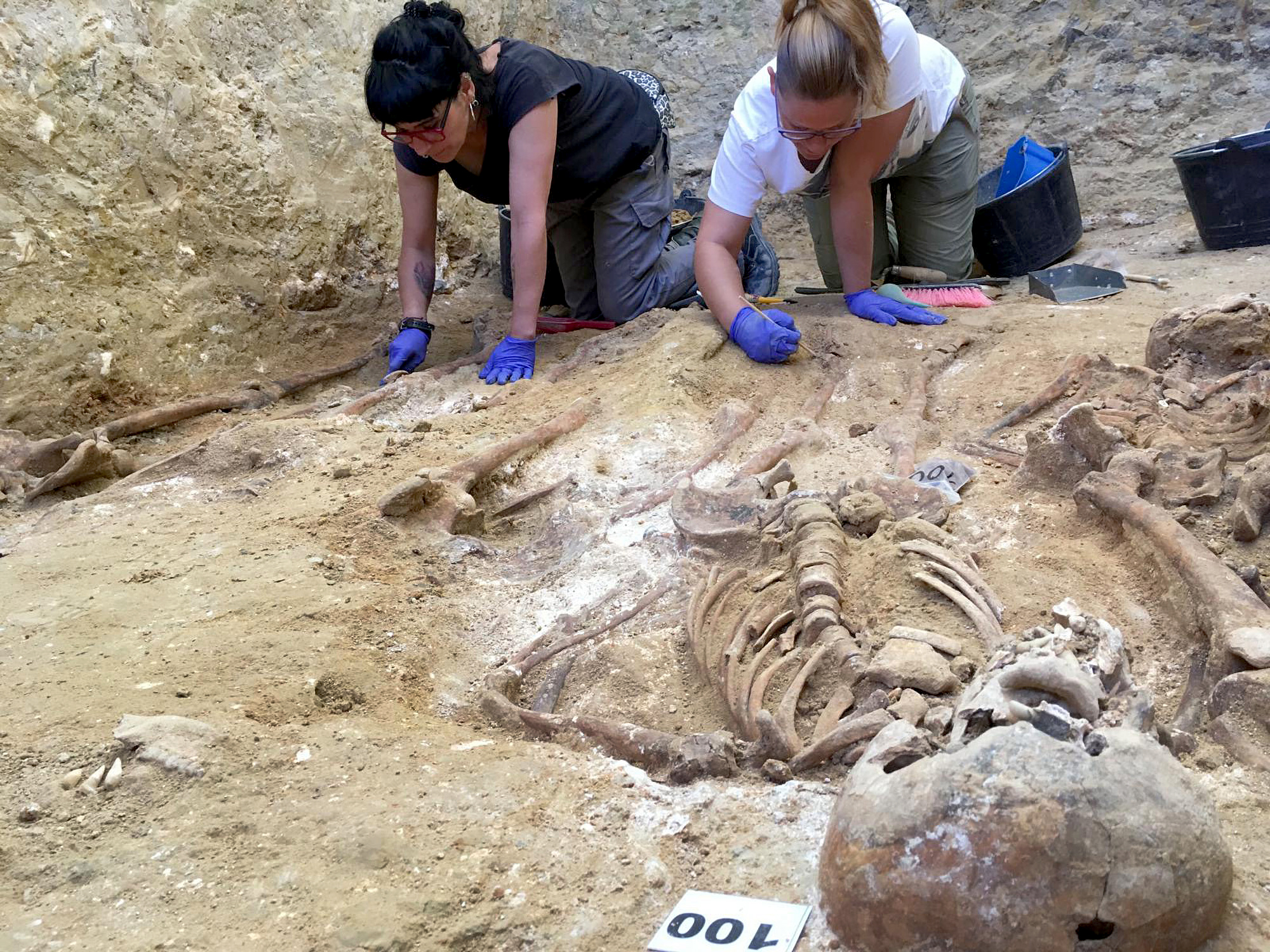 Workers working on the bodies found near the graves. (AMEDE/Real Press)

Other items were also found, including a key, a buckle, and a few buttons. The rings had one inscription each saying Alberto and Dionisia.

Checking the names on a list of people who were executed in the city with those two inscriptions and the date of the execution, a soldier who was married to a Dionisia Ros was found to be listed, so the body was identified in the preliminary steps, with DNA tests expected to further confirm the remains.

So far, 108 bodies have been recovered, and only three have been identified, as they are pending the results of DNA tests to confirm their identity.

The association is using a list written by Jose Casado Montado in the book Trigo Tronzano. The author used a church document on which priests had written down the names of those who had been executed.

“The Spanish Civil War proved to be a breeding ground for mass atrocities, carried out by belligerents eager to eradicate their ideological opponents,” as per the Holocaust Encyclopedia. “About 500,000 people lost their lives in the conflict. Of these, about 200,000 died as the result of systematic killings, mob violence, torture, or other brutalities.”

The association asked for help from a similar association located in Murcia which shared the finding on social networks in order to find the descendants of this man, who died leaving two children, named Maria Mercedes, 9, and Alberto, who was 17 months old.

After Alberto’s grandson has located Guiro he said that the family is surprised and is still processing the information.

“We need to give them time to deal with this information, they were not searching for him as other families have been trying to do,” said Guiro.

There are still a lot of bodies to be identified in that common grave, but this story of Alberto only highlights the fact that the executions kept on going after the war was over.