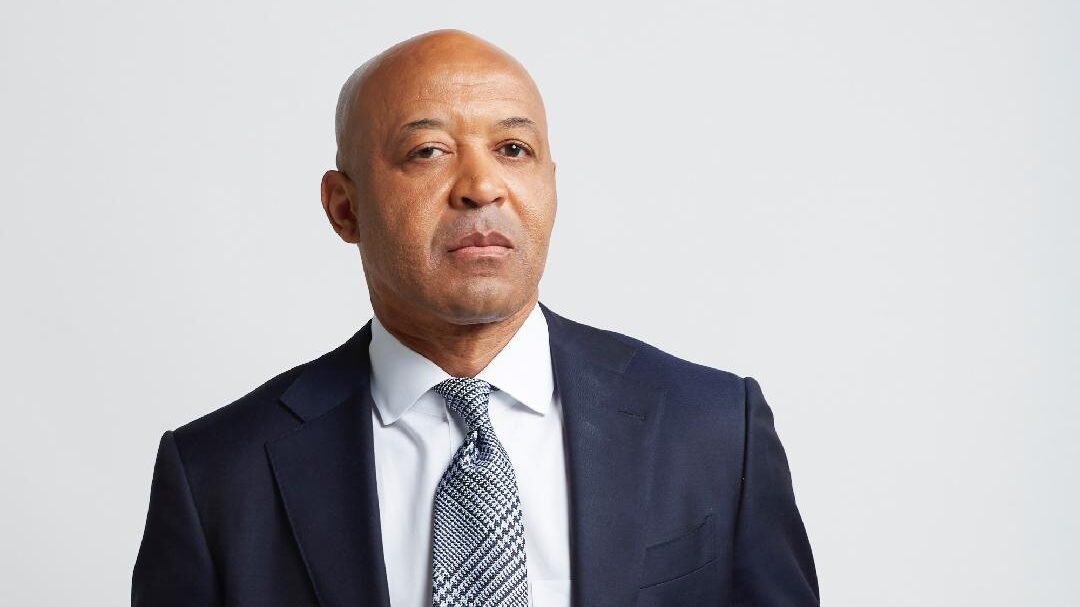 Rod Demery became synonymous with murder as an adolescent. His mom was murdered when he was three years old, and her slaying was never prosecuted. When Demery was in his 20s, his brother was sentenced to life for killing someone.

So, the hurt of losing someone to murder is two-fold for Demery. After his time in the Navy, he became a homicide detective, an occupation he describes as “his calling” because of what happened to his mother and brother.

However, Demery never expected to have a series in which he details his investigations. That came to fruition when Investigation Discovery featured his cases on “Murder Chose Me,” which began airing in 2017. The show enabled Demery to narrate and recall events from his time as a lead detective in Shreveport, Louisiana, while being played by John Nicholson.

Demery’s success rate while serving as a lead detective is impeccable — solving nearly 100 percent of his cases while delivering a 99 percent confession rate. He was able to channel the tragic events involving his mother and brother into helping families dealing with similar losses get closure.

Zenger News recently spoke with Demery to discuss “Murder Chose Me,” effective ways to bridge the gap between minorities and police departments and much more.

Zenger News: You were in the Navy before you were a homicide detective. Did being in the Navy somehow prepare you for becoming such a successful detective, or are they two separate entities?

Zenger: Not many African-American homicide detectives get their own series. “Murder Chose Me” was one of my favorite shows on Investigation Discovery. To relive those experiences on your own platform had to be a special moment for you.

Demery: Man, it meant a lot to me. Not just me, but the people involved. Some of the communities are underserved when it comes to that type of exposure. What’s important is, when people lose a loved one, it’s important for everybody to kind of grieve with them. Kind of make it personal. A lot of times in inner cities — and especially in black communities — you don’t get that exposure. Sometimes our murders are just chalked up as nothing. And it’s unfortunate to say that, but having that wider platform to tell the stories of some of our people is huge to me.

Zenger: At some point do you have to separate the criminal from the crime? In other words, do you think everyone who commits a crime is a bad person?

Demery: No, definitely not. I don’t think every person that commits a crime is a bad person. My brother committed a crime. My brother is doing a life sentence for murder. Obviously, a kid that I grew up with, rode skateboards with, played G.I. Joe with is not a bad person. Now, I can love my brother and hate what he did. I think that same principle goes over to people that commit crimes. I can hate what they did, but not necessarily hate the person. I think too often people hate the person. That’s just not the way to go, at least not in every case.

Zenger: Your mother was murdered when you were a kid, and your brother committed a murder, so it’s easy for you to sympathize with both sides of pain. You understand the hurt you felt knowing your mom’s faith and the hurt of the family from your brother’s actions.

Demery: Yeah absolutely, man. That’s just a God-given sense. Some things you can learn in college, and some things you have to actually experience. To be able to look at people and feel their pain is something that sometimes requires some experience. And for me, I believe that was my preparation for my career. I experienced it, so I can definitely empathize with people. I know exactly what they’re feeling. So, when I tell people, “I know exactly what you’re going through,” I actually do.

Zenger: It’s almost cliché for a homicide detective to tell the family that they will find out who committed the crime and bring justice to the family. But we know that’s just not always possible. Except if Rod Demery were on the case. You have solved nearly 100 percent of the cases in which you served as lead detective and had a 99 percent confession rate. Those are unreal statistics that you must be proud of.

Demery: Man, I tell you, that was huge for me. And I don’t know if I could have done it any other way. A lot of people usually assume that me working homicide and being successful at it was because my mother was murdered. And I guess sort of in a way it was, but I think I got a sense of my grandparents grieving their daughter; my mother was their daughter. When they didn’t have any closure on that or see anybody get arrested on that, it was impossible for me to go to somebody’s house knowing their child was murdered and not give them that closure. I wouldn’t stop until I got it.

Zenger: What advice would you give a young homicide detective just starting his or her career?

Demery: I think the first thing would be, it’s not about you. A lot of homicide detectives somehow think that it’s all about them — that they are some sort of superhero — but the reality is that you’re working for people, and people put you there. Your responsibility is to serve people. And I think a lot of the newer … not only homicide detectives, but police officers, seem to think it’s theirs and it’s about them. But the reality is, people put you there to do a service for them. So, you have to work for them and not necessarily yourself or the police department.

Zenger: You make a great point because I wanted to ask you about that. Is there anything that can be done to bridge the gap between minorities in particular and police departments?

Demery: I think a lot of that has to do with leadership. Police leadership needs to change the way they do business. Again, they have to apply that same principle — it’s not about them. It’s not their police department; it’s the people’s police department. And when people begin to fear crime and criminals more than they respect the police, then you got a big problem. And that’s where we are now. It’s not necessarily that people don’t want to talk to the police or don’t want to tell the police things; it’s that they don’t trust the police. And when you have that problem, then things just get way out of hand. People have to respect the police more than they fear crime and criminals.

Zenger: There have been some meetings and things that temporarily fix the problem, but nothing long-standing. Is this just about police officers being more prevalent in these communities and being hands-on and showing a human side as opposed to showing up only when there are issues?

Demery: I think it all revolves around selection and training of police officers. It’s sort of a reformation of policing. And what I mean by that is, they have to change the way they do business. Whereas, you don’t want to get a police officer just because they can run and gun and do all these things. You have to get someone that actually understands their community and actually has an earnest desire to help their community. I think the way policing has been over the last couple of decades is more militarization of policemen, where you have police officers that figure they’re going to go out and force crime and be soldiers on the street rather than serve people. We got away from that, and once we got away from that, you see what happened.

Zenger: Given your situation with your mom and brother, I thought “Murder Chose Me” was such a fitting title because murder affected your life at a very young age from both sides. What made that title stick?

Demery: It actually came from the Book of Jeremiah. I’ve always been a Christian. I remember reading Jeremiah where God said that he knew you before he formed you in your mother’s womb. And that’s why I say murder chose me. That was the path that was chosen for me. That was my calling to go out and do this. That’s why I was equipped with the experience that I had with my mother and my brother. Being able to help other people with that is truly a divine calling.

Zenger: Have you ever had to put someone away whom you had a personal relationship with?

Demery: Not that I actually had a personal relationship with, but during an investigation, you can’t help but feel [for] people. There have been young kids, young boys that I had to lock up, that during that investigation and spending a couple of days with them, a couple of weeks with them, you start to understand them and their story. And it’s a painful thing. It’s no different than the victim. You start to understand this child or their family and what they are going through. You look at the tragedy for what it is. Both people are suffering. This poor child is going to prison for the rest of their life, and this poor child is dead. One family is going to miss their child, and the other one is going to miss their child as well. It’s tragic all the way around.

Zenger: And for you, I’m sure there is only a very small window of empathizing before it’s time to lock in and go to work. Unfortunately, homicide detectives do not get a very long time to mourn and overthink things.

Demery: No! You have to actually compartmentalize that. You have to realize that, just because I can feel this, doesn’t mean that I can’t do this. It’s absolutely necessary. But I think the more humane way to do it and the more decent way to do it is to understand the effect that you have on people’s life regardless of what you have to do. That’s pretty much what it’s all about. I have to do this, but I need to understand how this is affecting this person, their family and the community at large. You take all those things into consideration, and you’re right — you don’t have a lot of time to think about it. You just have to … I guess be decent enough of a person to know that.

Zenger: What is it like to see someone play you on your own show? It has to be one of the strangest yet coolest things ever.

Demery: Yeah! It’s really cool. The fact that, wow, somebody is playing me. The strange part of it is, people will say, “Wow, that person looks just like you,” and I think to myself, “Nah, no they don’t.” Because you know you. It’s a really weird feeling, but it’s really flattering though. And John Nicholson did an amazing job.