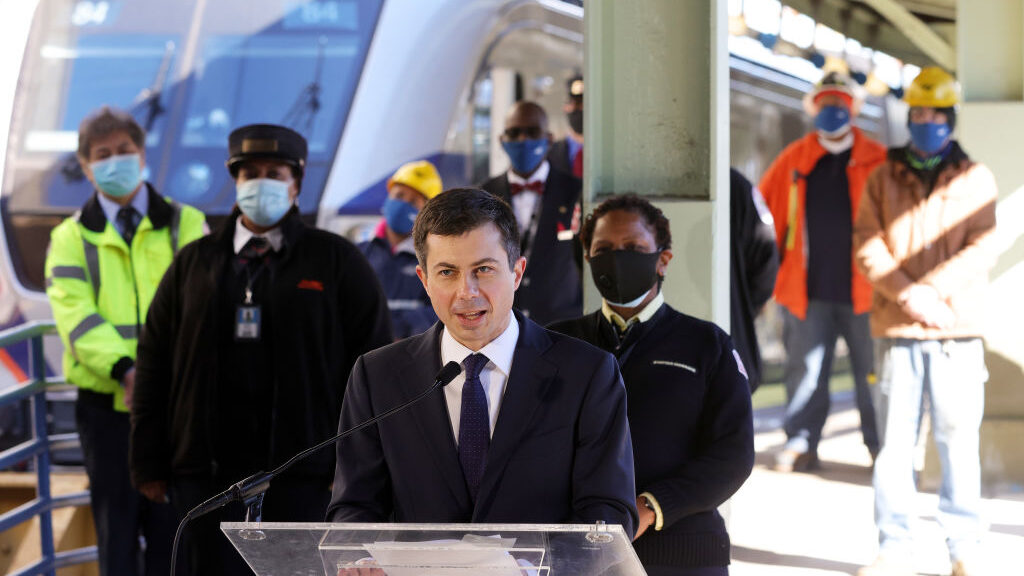 WASHINGTON — The Department of Transportation will soon review a controversial Trump-era order allowing the transport of liquefied natural gas by rail.

The regulatory change, finalized in July 2020, permits liquefied natural gas to be transported in fortified train cars with over three times the volume of United Nations-approved tankers. While this bulk transport provides logistical benefits for the natural gas industry, critics warn that it greatly increases the risk of fatal leaks and explosions.

While President Joseph R. Biden Jr. revoked the executive order on his first day in office, his administration has not directly challenged its resulting rule change. Instead, the White House has instructed Secretary of Transportation Pete Buttigieg to scrutinize rail transport of liquefied natural gas. When asked about the issue during his January confirmation hearing, Buttigieg indicated that he would make the review a priority.

“The best, honest answer I can give you now is that I’ll be taking a hard look at it,” he said.

The Department of Transportation and several of its subsidiary agencies, including the Federal Railroad Administration and the Pipeline and Hazardous Materials Safety Administration, did not respond to requests for comment.

In order to repeal the 2020 rule, the department would need to issue a notice of review and go through a standard rule-making process involving a comment period. The length of this procedure can vary, but opponents of the rule hope that it will be revoked quickly.

“Considering how rushed through the original rule was and the severe lack of study that was done … I would hope that that process could be quite quick,” said Bradley Marshall, an attorney at the environmental nonprofit group Earthjustice. “I think we’ll know a lot more over the next few weeks about what the administration wants to do with this — whether they’re serious about repealing it, or whether we’re going to have to proceed through litigation.”

Earthjustice is challenging the rule in D.C. circuit court on behalf of six other environmental groups. The nonprofit argues that the rule fails to consider the risks of transporting extremely heavy cars on outdated rail infrastructure, includes no restrictions on the speed or location of tanker trains transporting liquefied natural gas, and puts the financial interests of the fossil fuel industry above public health and safety concerns.

NextDecade Corp, which operates a liquefied-natural-gas export facility in the Port of Brownsville, Texas, declined to comment, as did Chart Industries, a manufacturer of fortified rail tankers. Engineering firm Bechtel Corp., tasked with building three trains for the Texas facility, said it was not involved in rail transport beyond constructing the tankers.

Liquefied natural gas is largely composed of methane, a colorless and odorless gas thought to be a significant contributor to global warming. It must be kept extremely cold — below -256 degrees Fahrenheit — to remain in a liquid state. This means that any liquefied natural gas released or spilled from its fortified container would instantly return to a gaseous state, expanding to over 600 times its liquid volume. Any source of ignition would then cause it to explode.

“Even a small amount getting into the environment, because it’s so cold, will sink down to low points,” said Marshall. “If it flows into a storm water system or a sewage system … it could destroy a city.”

This potential for catastrophic explosion has led many critics to dub gas rail tankers “bomb trains.” Opponents of rail transport of liquefied natural gas also argue that the issue is one of social and racial justice, as such trains frequently travel through economically disadvantaged neighborhoods. Environmental activist coalition Empower NJ contends that a proposed transport operation along the Delaware River unfairly endangers communities of color.

“Population data along the path of the proposed [liquefied natural gas] transport routes show that black and brown people and low-income communities would be exposed to the most intense and inescapable zone of impact should there be an accident such as a derailment,” the coalition wrote in a November 2020 action plan.

New Fortress Energy, the company behind this project, did not respond to a request for comment.

The effort in New Jersey offers a rare example of advance notice for gas transport through certain areas, but even these train routes are only activists’ best guess. Liquefied natural gas exporters are not required to reveal where or when their trains will run, and Marshall thinks the ambiguity is by design.

“There is no requirement for any kind of warning that [liquefied natural gas] is going to be traveling through your city under the rule,” he said.

But instead of imposing regulations that control the speed and location of trains, Marshall hopes that the federal government will simply outlaw the practice altogether.

“Repealing this rule while [they] take a look and think about the safety of it, that’s a no-brainer,” he said.

«Previous Post
Paycheck It Out: Biden Widens Eligibility For COVID Small Business Loans»Next Post
Capitol Invasion: We Were Let Down By Intelligence That Didn’t Predict A Riot, Say Police