The 22-year-old man was tasered many times before getting arrested.
By Uran Dulatahi February 23, 2021
Facebook
Twitter
Linkedin
Email 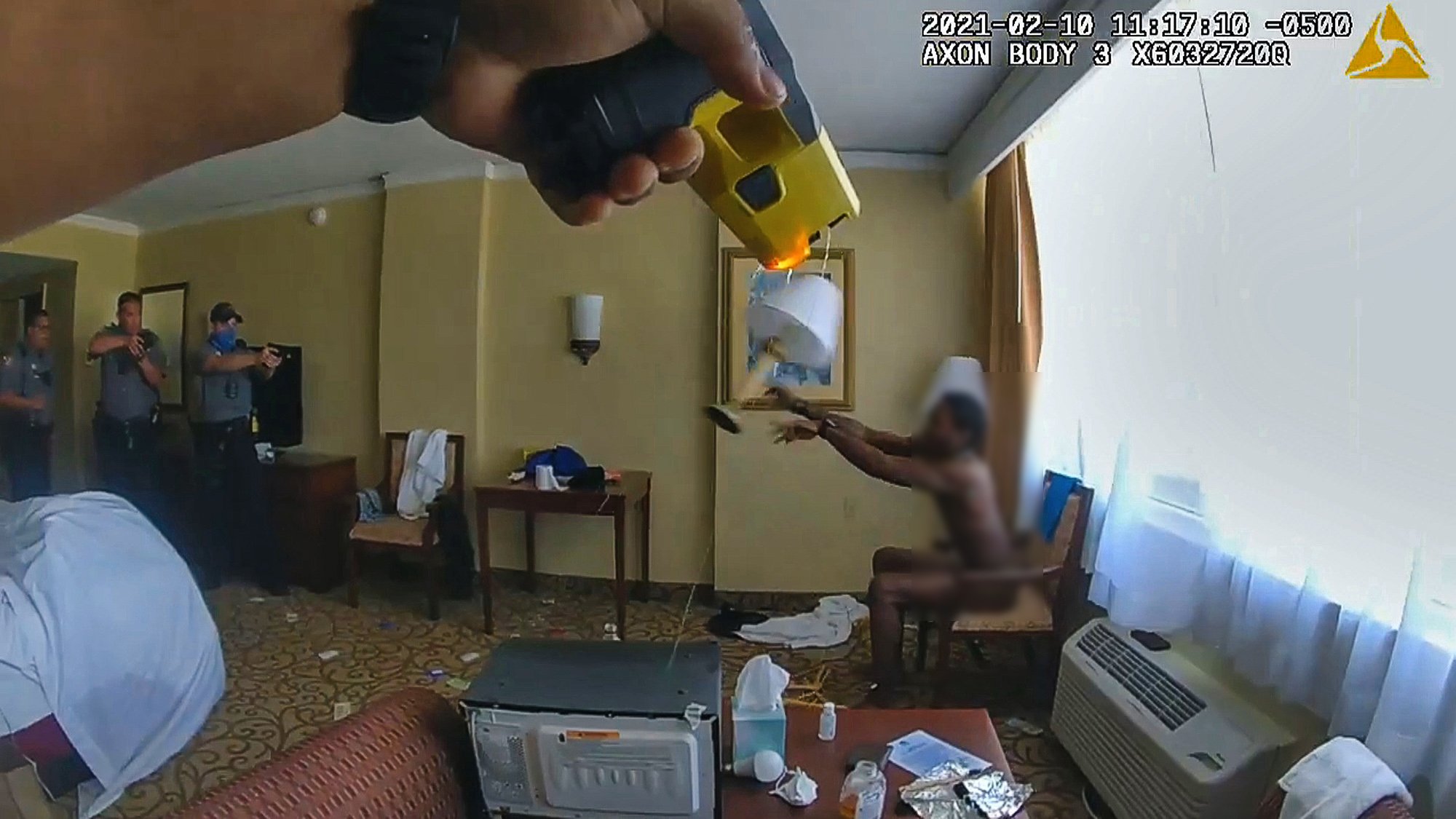 Police officers tased the naked suspect, 22-year-old Steven Michael Fuller, at a hotel in Daytona Beach while he was throwing a table lamp towards them. (@DBCops/Newsflash)

FLORIDA, US — A man suspected of possessing arms and ammunition was tasered by the Daytona Beach police officers in Florida on Feb. 10.

The 22-year-old man identified as Steven Michael Fuller was sitting naked and was also armed with a knife in his hotel room in North Atlantic Avenue in Daytona Beach.

Body-camera footage shared by the police on Feb 12 showed officers entering a messy hotel room where they faced the man.

“Fuller is facing six counts of aggravated assault upon a law enforcement officer,” the police said.

A taser is a non-lethal electroshock weapon used to incapacitate targets via shocks that temporarily impair the target’s physical function to a level that allows them to be approached and handled in an unresisting and thus safe manner.

Daytona Beach officers had received a call about an armed man was posing a threat to himself and other guests. They were later dispatched to the location after receiving the call.

Soon after police reached the venue, Fuller began throwing objects at the officers, including knives, when they approached him and refused to surrender.

After several unsuccessful attempts to disarm Fuller, officers started deploying their tasers, but they had little effect on the man, and he remained seated in a chair. Instead of surrendering, Fuller asked the police to shoot him several times.

One of the officers then pepper-sprayed Fuller, but it was of no use as it did not affect him.

After an hour of dialogue with a hostage negotiator, officers re-entered the room, with the intention of commanding Fuller to surrender and taser blasting him multiple times until he finally fell to the floor and dropped his knife, allowing the officers to safely detain him.

It was later revealed that Fuller was the person who called the cops to the hotel.

Fuller, as per the reports, was undergoing a mental breakdown as he said that he intended to kill the police officers because his world had collapsed.

After the incident, Fuller was taken to the hospital suffering multiple wounds from the taser probes.

A conviction for a six-count of felony aggravated assault offense can result in a prison term ranging from 18 months to three years, but the presumptive term of imprisonment is 27 months.

The city of Daytona Beach is historically known for its beach, where the hard-packed sand allows motorized vehicles to drive on the beach in restricted areas. The city is also the headquarters for NASCAR, an American auto racing sanctioning and operating company that is best known for stock car racing.