VIDEO: Blazing Building: Mount Clemens Residents Jump To Save Themselves 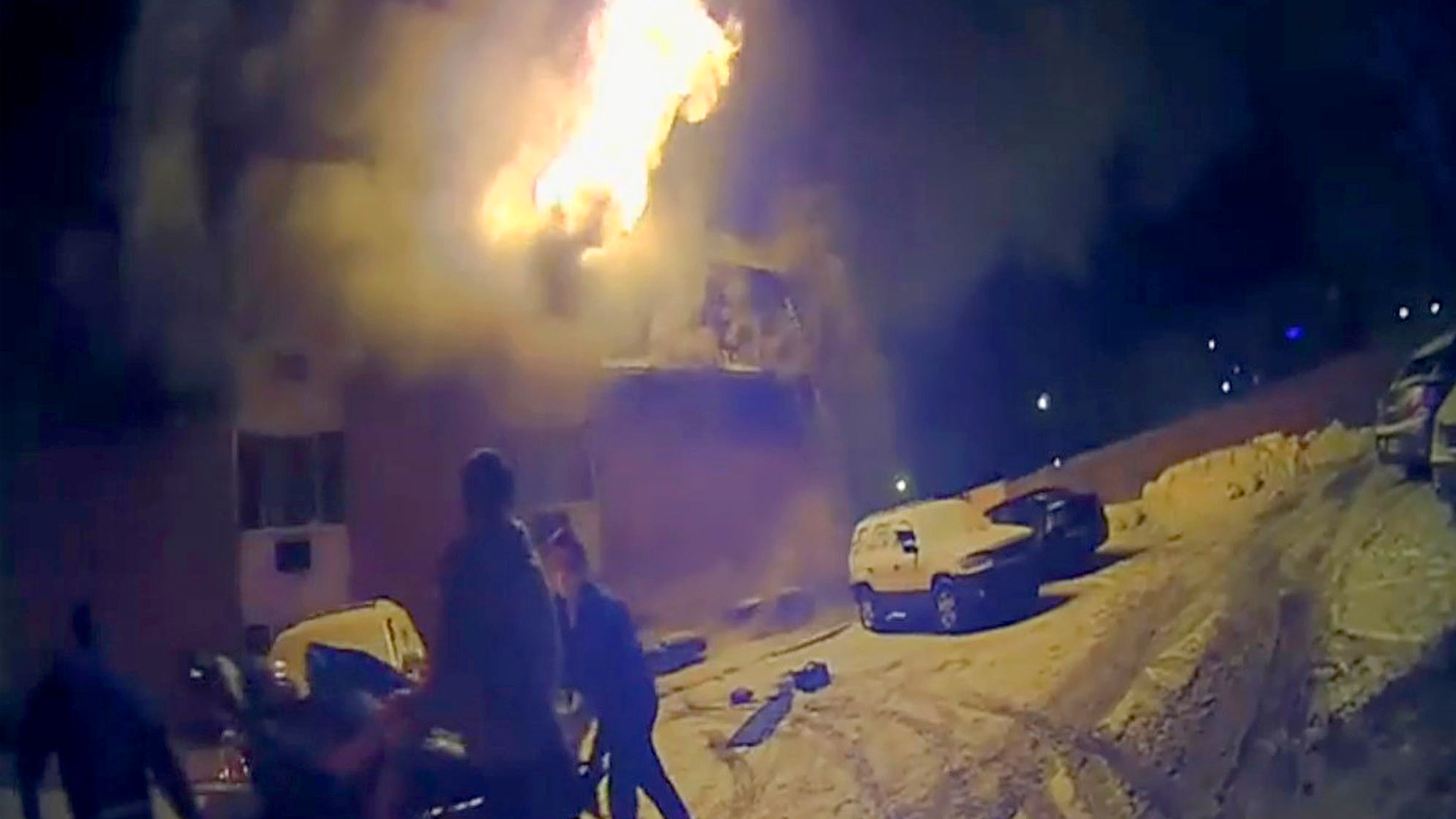 MICHIGAN, US — A major fire broke out in a two-storey building at North River Road in the city of Mount Clemens in Macomb County, Michigan on Feb. 13.

The 24-unit building was engulfed in flames with heavy smoke coming from it. The incident first caught the attention of a Macomb County officer who noticed the smoke coming from the building and immediately called for assistance.

“The building was entirely engulfed in flames by the time the crew arrived,” said Captain Nick Candela, Mount Clemens Fire Department. “It was way out of our hands to control the fire. When we went, there was a bad hydrant. As a consequence, we had to secure another hydrant about 1,000 feet (300 meters) away. All this was going on with the cold and wet conditions setting in our boots.”

Reportedly, several residents jumped from their window on realizing that they were trapped and could not exit through the hallways.

“Get out, there is a fire in the building,” said one of the officials working with the fire department.

The body camera footage showed some residents lying down in the snow, unable to move due to their injuries.

“I’m still dealing with a lot of heavy emotions. I have anxiety one minute, I have sadness one minute and I have anger the next minute,” said Joseph Cady, a resident who came back from work only to witness his home burning. “I’ve had trauma in my life before, but I guess until you have something like this happen to you, you never know how bad it can be for somebody.”

Officers quickly entered the building and evacuated several residents while also assisting those who managed to get out.

The video footage showed cops guiding a resident who frantically screams out for his dog that ran away and had to be left behind.

Residents in pain were immediately transported to the hospital. However, they did not suffer from any life-threatening injuries.

The residents of the building were primarily United States veterans, low-income people with many medical needs. The Red Cross, Good Shepherd Coalition, and the City of Mount Clemens have collaborated together to offer relief to the fire victims.

All the association members are asking for donations to feed the residents, while they are staying in the hotels nearby. The residents are provided with a small fridge and microwave. Further, a system will be set up to coordinate lunches and dinners.

The cause of the fire is still under investigation.

«Previous Post
Daytona Beach Officers Detain Armed Man In Florida»Next Post
VIDEO: Car Thief Gunned Down As He Tried To Ram Cops In The US