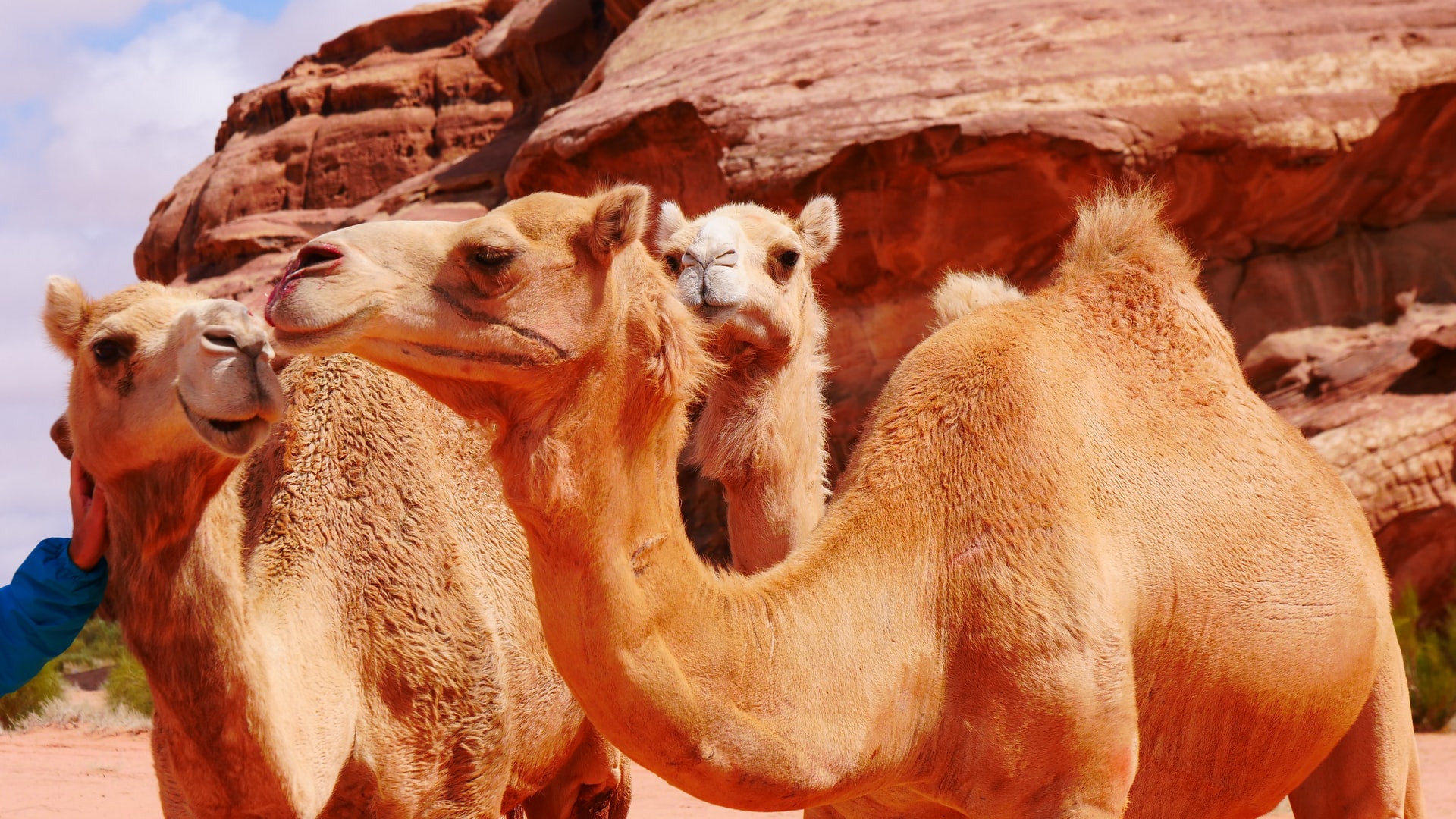 Researchers from Ben-Gurion University of the Negev have found that antibodies from female camels can help fight prostate cancer. (Bernd Bangert/Unsplash)

A camel may be man’s best friend.

The study, led by Prof. Niv Papo and PhD candidate Lior Rosenfeld from Ben-Gurion University of the Negev, managed to identify nanobodies in female camels that bind to receptors overexpressed in prostate cancer tumors. They can be conjugated to a cytotoxic drug, enabling the delivery of the drug to the cell.

The research was recently published in the Journal of Medicinal Chemistry.

“We wanted to do something new, a new molecule that is unconventional,” explains Papo. “Historically, immunotherapy uses antibodies. These are very large molecules that are injected into the body. They find their way to the cancerous cells, and they damage them.”

Papo and Rosenfeld decided to utilize nanobodies — which are only 10 percent the size of regular antibodies — that can be found in sharks and camels. Since they are located in the Negev Desert, they opted for camels.

“We bought a female camel, and we’re raising it in a nearby farm. For four months, we injected it with the receptor that’s located on the cancerous cells,” he explains.

The injection of these receptors — prostate-specific membrane antigen (PSMA) enzymes — led to the creation of antibodies in the camel’s body, from which the researchers extracted the four nanobodies that bound themselves best to the receptors.

The researchers then attached drugs to the nanobodies, which managed to directly lead the way to the cancerous cells, meaning that only a small amount of drugs needed to be used and that other cells were not harmed in the process.

The preclinical trials were carried out on mice and showed tumor growth inhibition. The researchers are now in touch with a U.S. company regarding clinical trials. They also plan on identifying other female camel nanobodies that could be used in similar fashion to treat other kinds of cancers.