Even in the digital age, demand for paper is rising; a startup shows businesses how to minimize use of that everyday material.
By Max Kaplan-Zantopp February 22, 2021
Facebook
Twitter
Linkedin
Email 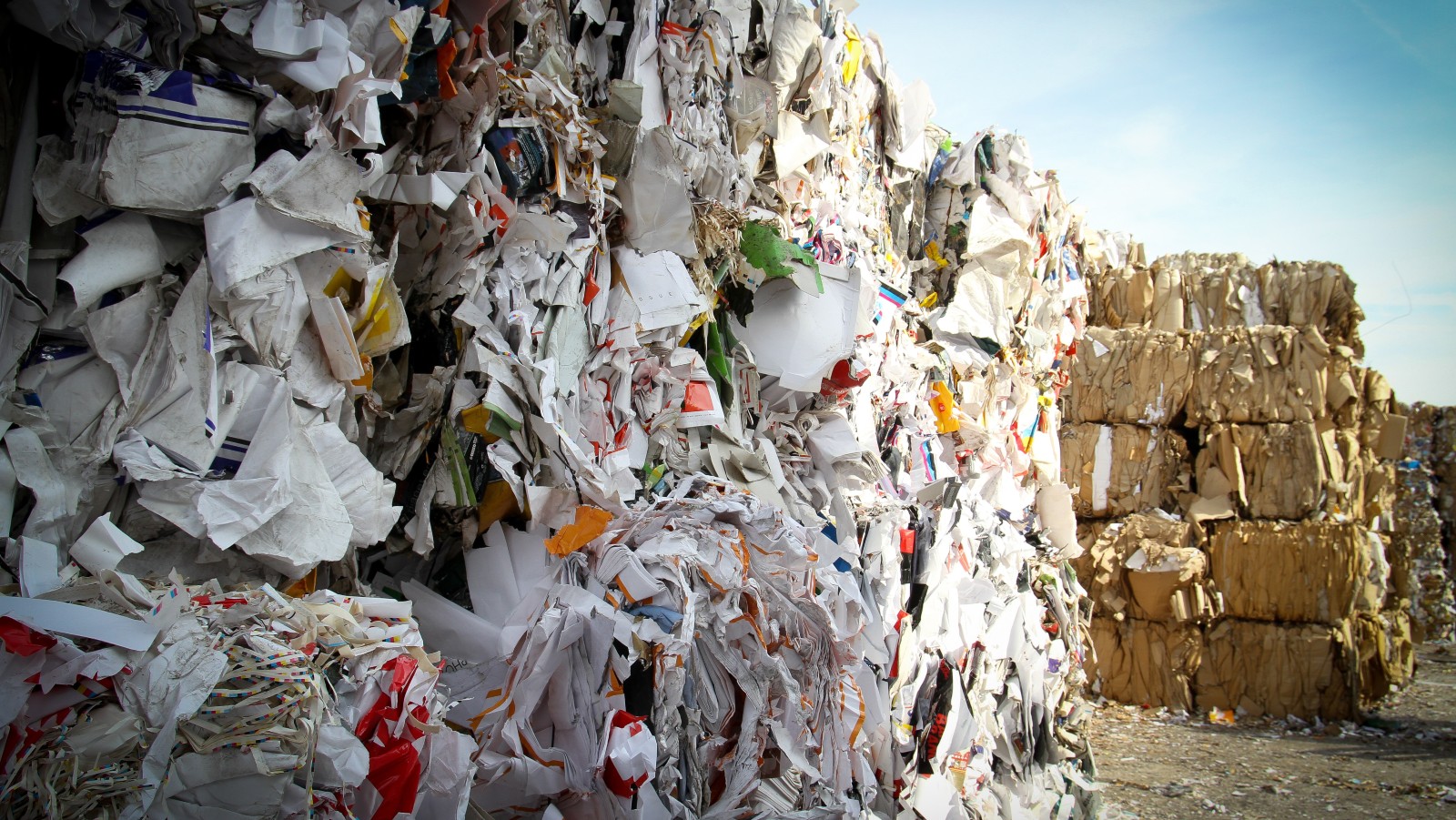 Recycled paper has an environmental cost of its own. (Bas Emmen/Unsplash)

Have you ever considered how many kinds of paper we use and handle every day?

Newspaper, office-printed paper, tickets, bills, banknotes, receipts, books, napkins, bags, food packaging, toilet paper, and health certificates (especially during the Covid-19 pandemic) are some of the common paper-based products we hardly give a second thought to.

As of 2018, the total global production of paper and cardboard was about 420 million tons per year, but this amount is expected to rise.

In fact, researchers speculated this number would reach 490 million tons by 2020. For a world so entrenched in the digital age, this amount feels excessive and unnecessary.

To make matters worse, 45 percent of all paper printed in offices ends up trashed the same day, according to The Paperless Project, a coalition of companies changing the way organizations and businesses use paper and e-content.

“The paper production process requires very large amounts of energy and water,” says Prof. Ofira Ayalon of the Department of Natural Resources and Environment at the University of Haifa and Director of the Environment at the Samuel Neaman Institute.

Although most of the wood used to make paper is planted and cultivated for this purpose, the cost to maintain growth and reach desirable quality outweighs the benefits.

“Ultimately, you invest more resources into wood than you get from it, whether it’s water, fertilizers or pesticides. In a net calculation, forests need a lot of resources,” she says.

Fortunately, an Israeli company, ePaper, has developed technology that can reduce the environmental footprint of office work, including paper consumption.

ePaper’s solution to excessive paper consumption focuses on reducing consumption at the source by developing solutions for tighter security and control printing systems in large businesses and organizations.

“Our technology is unique in that it handles the entire array of prints, printers, document management and distribution methods,” says Belal Lehwany, founder and CEO of ePaper, who has established three different printing companies in the last 15 years.

“First, it turns the printing operation into a generic operation. In other words, the document is not sent to a particular printer, but to a virtual printer from which it can be pulled to any printer within the particular organization.”

“The approach to reducing paper use not only addresses paper consumption in offices, but it also has an impact in other areas,” says Shiri Hefer, environmental economist at DHVMED Environmental Consulting and Engineering. “For example, printers have significant energy consumption costs. Therefore, choosing a quality machine with good energy efficiency can save about 43 percent of office power consumption.”

ePaper monitors the whole printing process,” says Lehwany. “The organization has the ability to know who printed, what was printed, when, and how much. Thus, people develop awareness, thought, and personal responsibility for the printed content and the amount of paper they consume at work.

According to company data, customers using this technology saved an average of 35 percent in paper pages.

“For example, a company in Phoenix that uses our technology sent about 40 million pages for printing in about four years. Following the transition to our technology, they saved about 8 million unprinted pages,” says Natalie Searle, ePaper’s vice president of operations. “Based on our calculations, the company saved 800 trees. In addition, it also reduced carbon dioxide emissions and saved energy and money.”

Plight of the paper industry

Many products and services we freely use today—for instance plastics, electricity and transportation — all have environmental costs that get overlooked because of demand. Paper is no different.

The paper industry is considered one of the most polluting industries as it is responsible for creating large amounts of solid and liquid waste during production and throughout paper’s entire lifecycle.

The production process also causes the release of many environmentally hazardous substances, such as chlorine compounds, effluents, inks and bleach, which often pollute nearby land and water supplies. Producing paper also takes twice the amount of energy used to produce a plastic bag.

It’s also no surprise that paper demand encourages deforestation and rising concentrations of atmospheric carbon dioxide as a result.

In the United States, for example, the paper industry is the fourth-largest source of greenhouse gas emissions among manufacturing industries and contributes 9 percent of total manufacturing carbon dioxide emissions.

About 93 percent of the raw material for paper production comes from trees, and about 42 percent of all the trees felled in the world are used to make paper.

Research also shows that one average-sized tree yields roughly 8,000 white pages after production. Improvements in pulp-processing technology have enabled nearly all types of trees, softwood and hardwood species, to be harvestable for paper production.

Paper production is also water intensive. Producing just one standard sheet of A4 paper requires a minimum of a tenth of a gallon of water. To produce a standard ream of 500 sheets takes more than almost 47 gallons of water.

According to The Paperless Project, the amount of paper an average business uses is growing by 22 percent per year as of 2017, which means office paper consumption doubles every 3.3 years.

To get paper use under control, entrepreneurs and companies are trying to reduce paper waste and change printing habits. In addition, many companies and factories are engaged in paper recycling — turning used paper into pulp and turning that into the highest quality paper as possible.

However, according to the Samuel Neaman Institute’s Ayalon, even recycled paper causes environmental damage.

“It’s true we save paper from being wasted in a landfill, but the recycling process requires the use of lots of energy to collect the paper and transport it to the recycling plant. And very large amounts of water are used in this process as well, which creates paper sludge, a waste that needs to be disposed of. This too must be taken into account,” she says.

Hefer says eco-friendly companies should not settle for just one technical solution. Rather, they should adjust other areas within their offices that promote wasteful tendencies.

“For example, companies can set to switch to two-sided printing only, use large computer screens in meetings instead of printing whole documents, choose toners that can be filled several times, use smart office management systems, and more,” Hefer said. “What is particularly successful with a paperless office approach is that the transition and change in corporate culture doesn’t add to the company’s expenses. In fact, it saves money in the long run because these technologies are not particularly expensive today.