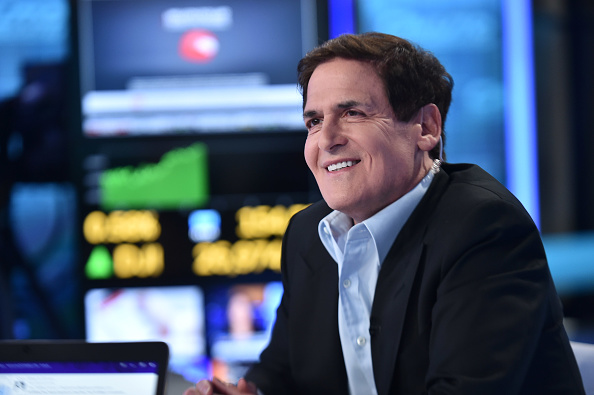 Cuban and entrepreneur investor Lee Rashkin say while there is plenty of blame to assign in the stock-market chaos, they point to the wider industry and lawmakers who failed to stress test investing companies that don’t charge commissions.

“All zero-commission brokers [must] pass a stress test,” Cuban told Zenger News when asked what Congress should prioritize. “Those that can’t are limited in the number of customers they can have and how much they can trade.”

Financial stress tests are a series of computer simulations showing how companies can withstand dire economic situations.  The Federal Reserve recently announced this year’s stress testing scenarios, which include a 55 percent drop in stocks.

Robinhood was launched in 2013 to “democratize Wall Street,” and grew to 13 million users as of October 2020.

Unlike traditional investing companies, its profit model does not include customer fees or commissions. Instead, it relies on rebates from its partner companies, its own investments and other sources.

The company’s model was challenged in late January when investors on the WallStreetBets Reddit page countered Wall Street short sales by mass-purchasing stock in retail companies like GameStop and AMC Theaters. As many as 2 million people coordinated investments in companies that speculative investors had bet would soon fail, causing Wall Street firms to lose tens of billions of dollars in a span of days.

Many of those investors used Robinhood to make their purchases.

When the company responded by halting trades on GameStop, AMC and other volatile stocks backed by Redditors (Reddit users), customers cried foul. They accused Robinhood of siding with its Wall Street financial partners over Main Street customers. Many noted that one of the Wall Street companies that lost big , Melvin Capital, in fact had billions of dollars in investments from the founder of Citadel Securities, which pays Robinhood to handle the app’s trades.

Yet the company defended itself, saying it was following capitalization best practices and legal requirements.

After raising a billion dollars from its partners, Robinhood lifted all trade holds on February 4. It was too late, though — lawmakers were already announcing hearings, the Securities & Exchange Commission said it was keeping an eye on the stock action, and 1,000 customers announced a lawsuit against the company.

Rashkin, a self-made millionaire, said he had no sympathy for Robinhood, or its defenses of freezing trading on volatile stocks.

“It doesn’t matter if their hearts are in the right place; there is an implied ‘duty of care’ that people expect, like a restaurant ensuring safe food and a home builder ensuring the roof won’t collapse,” Rashkin told Zenger. “Your trading platform should be available for trading during market hours and have fail-safes for abnormal market conditions.”

Rashkin also said he decided to not use Robinhood’s app from the beginning.

“I was concerned that Robinhood was under-capitalized and hadn’t shown it survived tough times. That concern has been validated,” he said: “Robinhood should have stress-tested their systems” and told customers that it was “not financially equipped to handle extremely volatile market conditions.”

Lawmakers like Sen. Elizabeth Warren (D-Massachusets) say the Securities & Exchange Commission should have been more pro-active in its oversight role of the industry to prevent the volatility created by retail investors using Robinhood.

The SEC released a statement on Jan. 30 stating it is now examining the trading rush that precipitated the anti-short investments last month. If the SEC concludes Robinhood broke the law, it wouldn’t be the first time. The company paid $65 million in a non-guilt settlement in December 2020 after the SEC concluded it engaged in false advertising and practices that cost customers millions of dollars.

Financial advisor Gordon Bernhardt told Zenger he is concerned that “a few investors will make a lot of money” from beating Wall Street’s short-sales, but “more will lose money. Not by short-selling, but by participating in the frenzy that has been taking place.”

But while Bernhardt said short-selling “does have a purpose in the investment markets,” he “does not use [it] for any client” and believes it is not “a winning strategy for the long-term investor.”

He advises long-term investors that because they “cannot control market movements, their long-term portfolio should be properly allocated and diversified in a manner that is consistent with their goals and risk tolerance.”

Rashkin said “people may not have joined” Robinhood if it had been more transparent about its weaknesses.

“I use TD Ameritrade and other platforms for my trading,” he said. “What’s interesting is that companies like TD, which froze accounts as Robinhood did, are not getting the same amount of flack from politicians and investors. Perhaps that’s simply a result of Robinhood branding itself as the partner to the little guy — only to be perceived as freezing out the little guy during a crisis.”