Wonder Lost: Iraq’s Arch Of Ctesiphon Could Go Extinct After Authorities Neglect It

Race against time to save the 1,700-year-old Arch from collapsing.
By William McGee February 21, 2021
Facebook
Twitter
Linkedin
Email 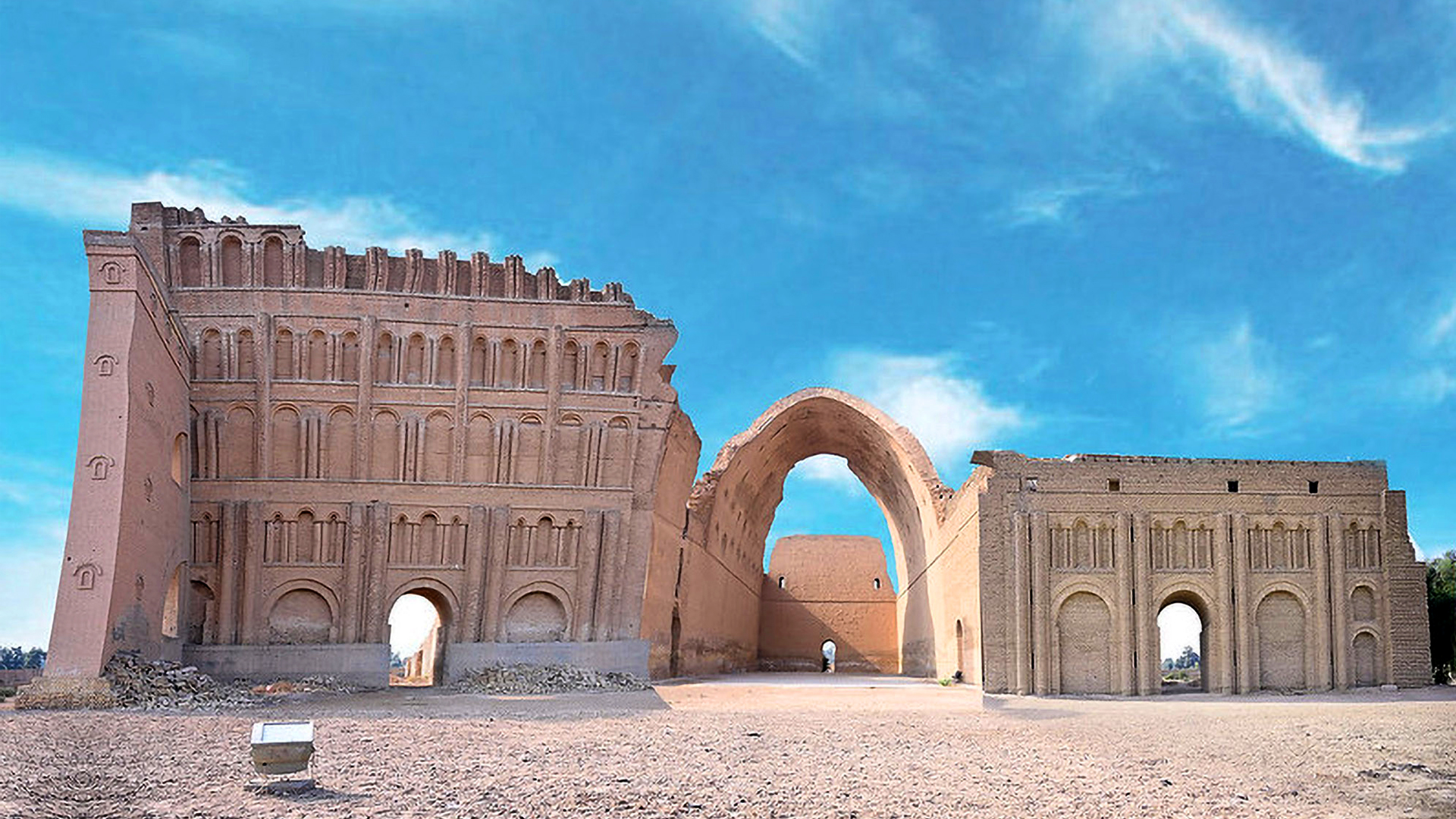 The Arch of Ctesiphon in Iraq. (Aliph/Newsflash)

CTESIPHON, Iraq — The 1,700-year-old ancient Arch of Ctesiphon in Iraq is at a risk of collapsing due to adverse weather conditions in the city.

The Taq Kasra’s grand arch is running against time from going extinct. In 2019, sizable parts of the arch turned to rubble after 20 continuous days of heavy rain.

The site has served as the royal capital of the Parthian and Sasanian Empire for over 800 years until the Muslim conquest of Persia in 651 AD.

“The restoration work will be carried out by the University of Pennsylvania in collaboration with the Iraqi State Board of Antiquities and Heritage” said officials of The International Alliance for the protection of heritage in conflict areas, a non-governmental organization working on the restoration of the monument. “French heritage conservation start-up Iconem is also involved and has made a 3D visual map of the structure.”

The organization announced a package of $700,000 (GBP 503,472) to help stabilize and recover the arch. The ancient arch is the world’s largest single-span vault of unreinforced brickwork and forms part of the ruins of Ctesiphon.

Ctesiphon is an ancient city located 35 kilometers (22 miles) south-east of Baghdad. It is an ancient city of the trade center, earlier known as ‘Tisfun’ to the Persians. Also known as Ktesiohon to the Greeks, located on the east bank of the Tigris River, it was found during the reigns of Mithridates.

It was used as a military camp as the Parthian army did not wish to be garrisoned in Seleucia. The city became an important center for trade along the Silk Road. Hence, Ctesiphon became known as the terminus for one of the many branches of the Silk Road.

Iconem works towards the digitization of endangered cultural heritage sites in three dimensions. They work with international organizations, national governments, local authorities, and world-class museums such as UNESCO, the Aga Khan Trust for Culture, the Sultanate of Oman, the City of Paris, and the Louvre.

The team behind the restoration believes the monument might have been affected by extreme humidity and temperature fluctuations in Iraq’s weather. It is also understood that there is constant expansion and contraction in walls leading to the deterioration.

Meanwhile, another threat to the arch is its 15-degree backward tilt. The bricks behind the arch have fallen due to which the arch is currently unsupported. The teams behind the restoration are looking for sustainable and long-term solutions to conserve the monument. Research for chronic solutions has begun.

The initial step towards the conservation would be to erect a specially designed scaffolding to support the structure. All the concerned bodies plan to train local preservationists to reduce the need for foreign expertise in the future. The team also hopes to raise more funds for long-term work on site.