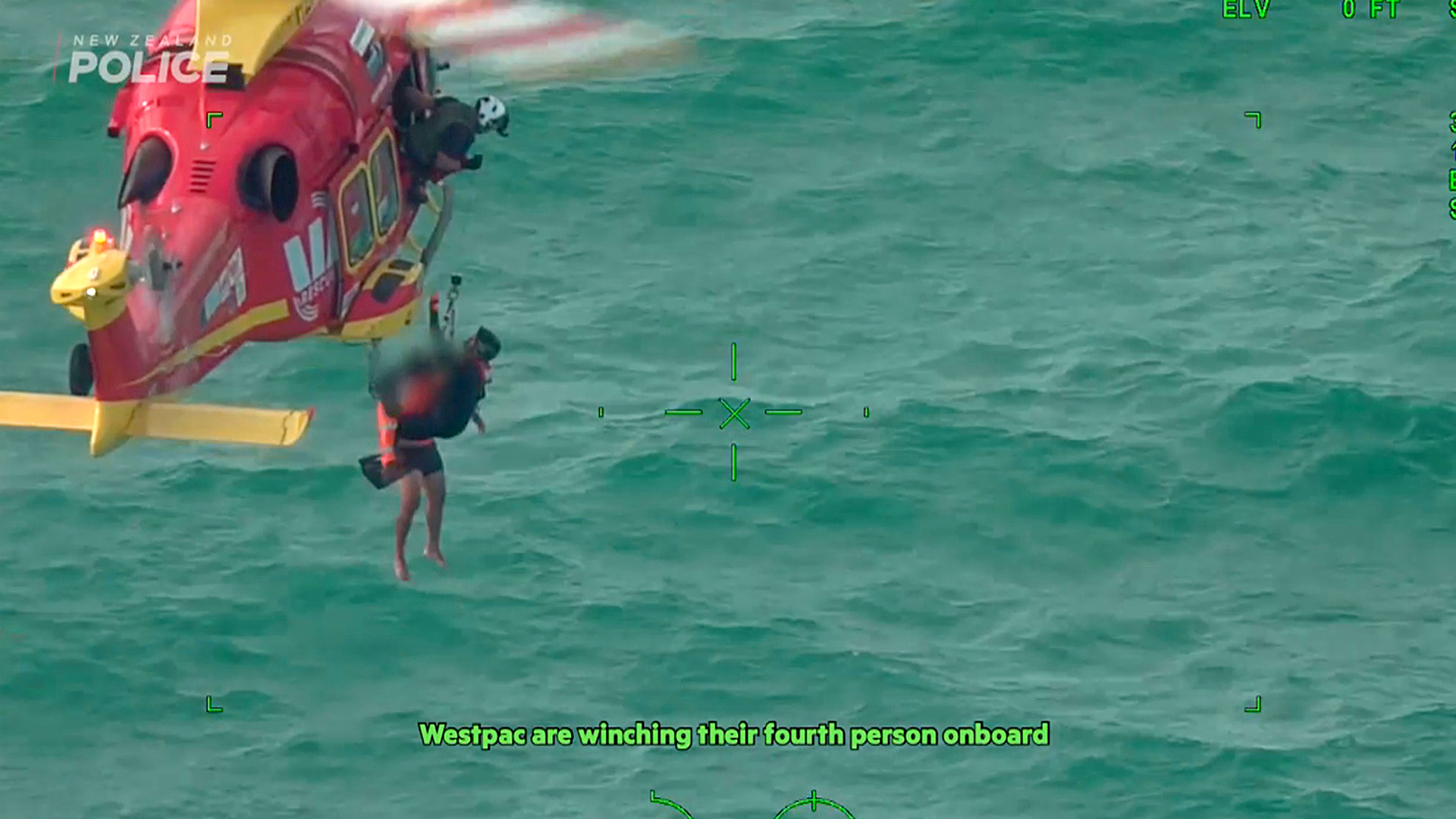 The Eagle crew medevacs the person from the water near the Kaiaua coast. (@NZPolice/Newsflash)

KAIAUA, New Zealand — Four shipwrecked people without life jackets were rescued and brought to shore in the Firth of Thames, a bay located in North Island in New Zealand on Feb. 6.

The successful rescue was conducted by the Police Maritime Unit. The operation was conducted with the help of their police helicopter of the coastal settlement of Kaiaua.

“Our boat is about to sink,” said one of the victims. “We are hanging on to an inflatable cushion and do not have life jackets.”

The man from the police authorities was hardly able to hear any details of their location when the call was suddenly disconnected. Reportedly, the phone was lost amidst the rising water.

“Actually, rescuing people who were pretty close to not making it, was almost regarded as a recovery than a rescue,” said Shane, a tactical flight officer with the police unit. “It makes you feel good.”

Another video goes onto show the rescue after the police managed to find the victims. They noted that two of them were in bad shape after they had been in the bay for around half an hour and swallowed a large amount of water.

The rescue process started as a swimmer approached the stranded victims and handed over to them floatation devices. The officer was forced to open his own to a fourth person as he was only able to take three with him.

Despite Police Maritime Unit not being a search and rescue unit, they were able to use the training they received to ensure the safety of the four people.

Though there have been strategies and guidelines given by Water Safety New Zealand Annual Report, people often tend to show their carelessness. The report aims to create a change in New Zealand so that people don’t drown. They look forward that by 2025, more people in the country would respect the water and develop the skill, knowledge, and awareness to enjoy it safely.

A program named The New Zealand Water Safety Sector 2020 Strategy aims to reduce accidents such as drowning, particularly male and under- five-year-old drowning and all hospitalizations. However, the rescue process was a bit difficult due to the choppy sea conditions.