Young breeding pair come out of their shells for their favorite food.
By Maja Mishevska February 21, 2021
Facebook
Twitter
Linkedin
Email 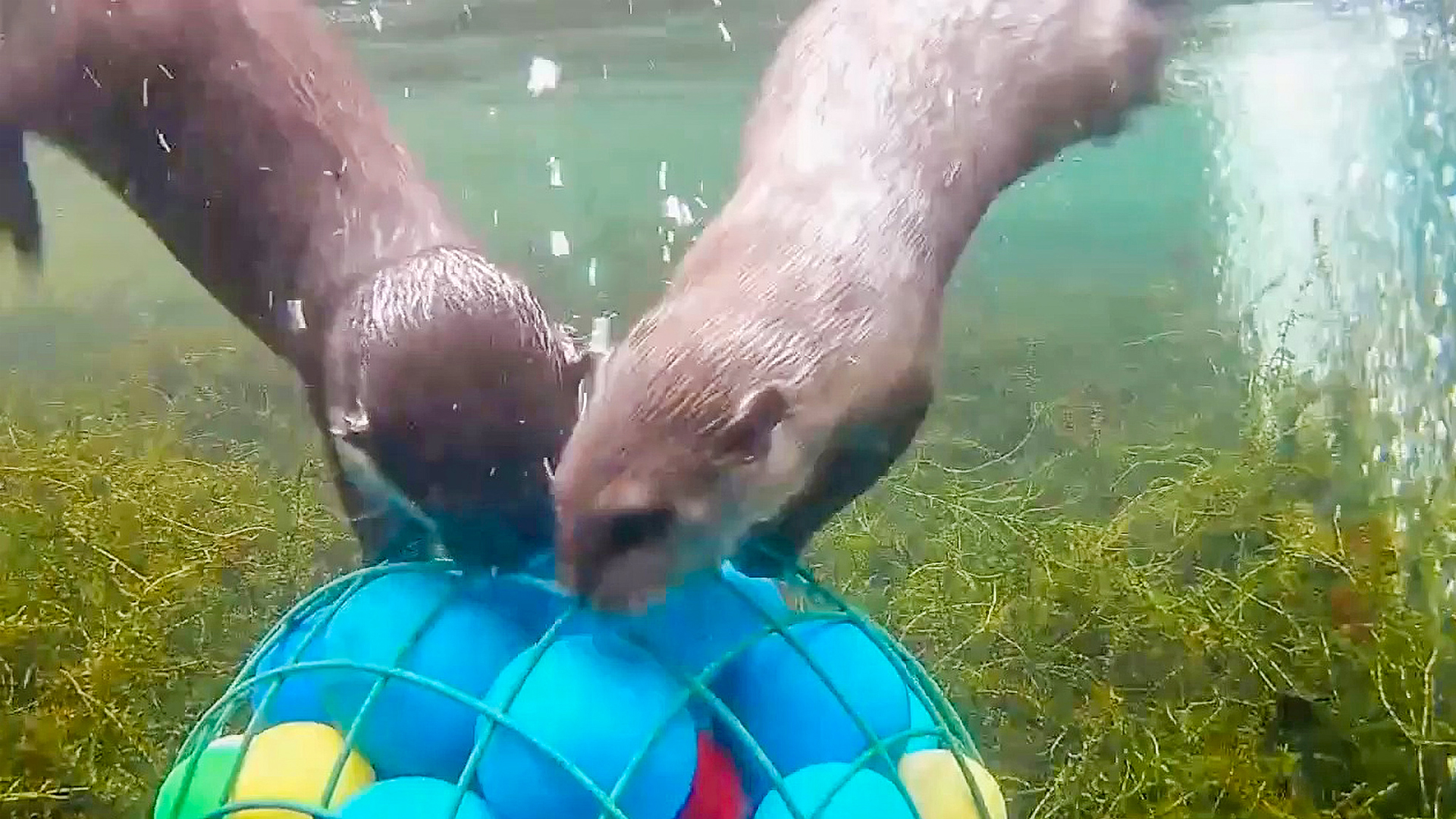 BEDFORDSHIRE, UK — An adorable video of two Asian small-clawed otters taking a brief break from their playtime to enjoy their lunch has gone viral.

The pair is seen munching on saltwater fish, crayfish, and crabs. One otter is also seen using its claws to “hunt for food” in a simulated underwater environment, created to allow the otters to engage in natural activities they would do in the wild.

The two-year-old Carol and seven-year-old Ernie were introduced to their new home at the ZSL Whipsnade Zoo in Bedfordshire in July 2020 as part of a breeding program for the South Asian species, classified as ‘vulnerable’ in the wild.

“We carefully introduced Ernie and Carol to each other in their separate crates as soon as they arrived, and they clearly took an instant liking to each other,” said Graeme Williamson, Zoo spokesperson. “When we checked on them the following morning, we found them snoozing together, snuggled up in their den. They’ve been very happy together ever since. So hopefully, we’ll hear the pitter-patter of tiny paws very soon!”

The International Union for Conservation of Nature has categorized them as ‘Vulnerable’ in the IUCN Red List. Due to rapid industrialization and overexploitation by humans, the otters are facing habitat loss on a larger scale.

The ZSL Whipsnade Zoo is home to 3,000 animals and is set on 600 acres of land. Their vision is to inspire future generations, inform the world and empower communities to work towards a better future for wildlife.

Asian small-clawed otters Carol and Ernie spend most of their time on land and only go into the water to find food or play around. By slowing their heart-rate down and thereby using less oxygen, otters can hold their breath underwater for eight minutes.

“Carole was born on Aug, 20, 2018 and Ernie was born on Oct. 16, 2013,” said Stephanie Deas, press officer at the Zoological Society. “They both eat a variety of tasty items but shrimp and razor clams are by far their favorite.”

“They occasionally get vegetables such as peas and carrots which are scattered around the island, so they can forage for food,” said Zookeeper James.

This vulnerable species is facing several threats in the wild, such as pollution, agriculture and habitat destruction.