Young bears saved from a lifetime of misery at the hands of animal traffickers.
By Maja Mishevska February 21, 2021
Facebook
Twitter
Linkedin
Email 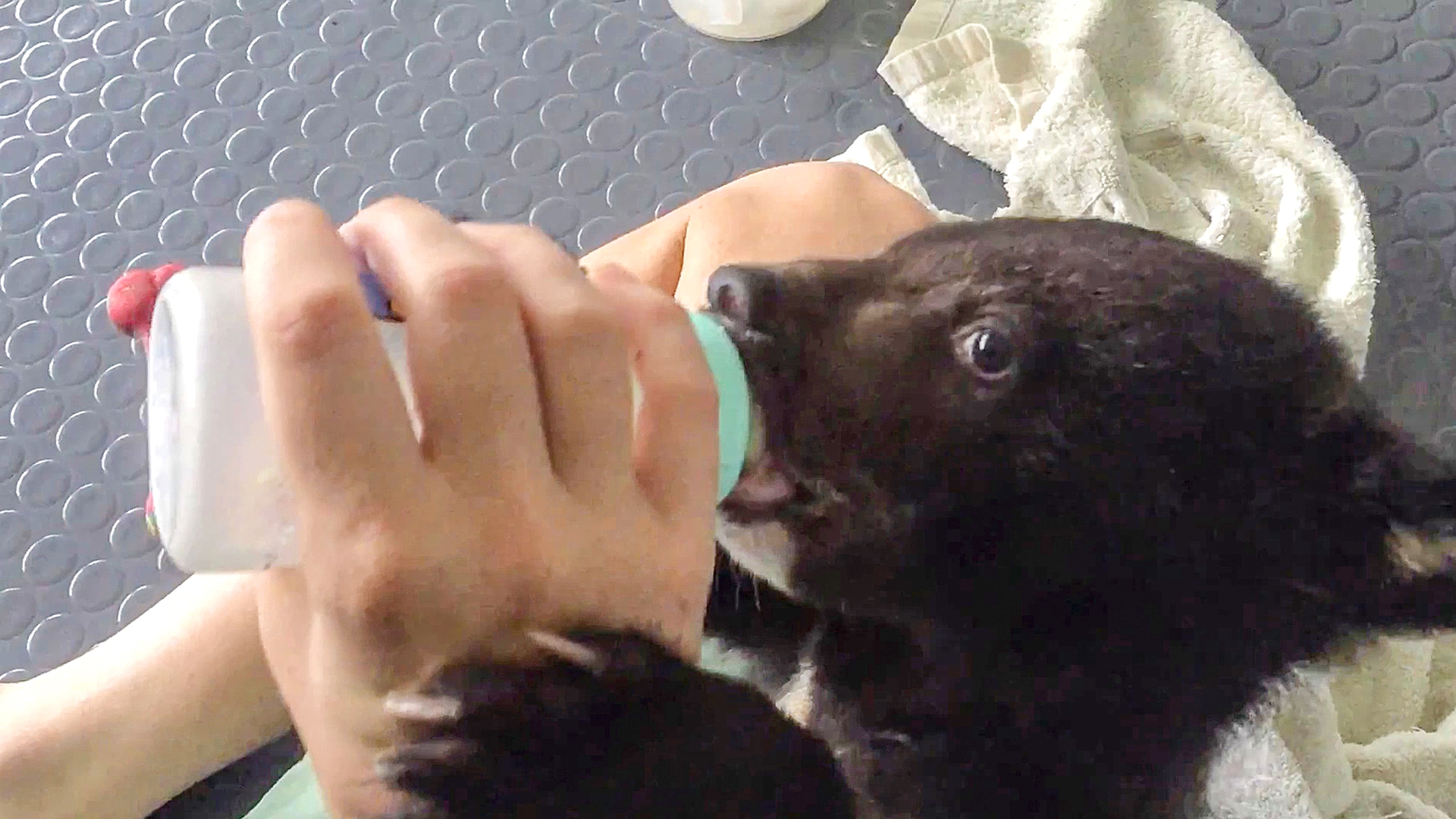 One of the rescue bears being bottle fed. (FOUR PAWS/Newsflash)

The bears named Mochi, Nara, and Nikko were rescued when they were few months old.

Nikko and Nara were rescued in Lai Chau Province on the Vietnam border on Jul. 21 last year.

“Nara is a shy one, but doing well with the other two cubs,” the sanctuary said in a report. “Although Nikko is a male and weighs double than Mochi, he is afraid of nearly everything new. The other day he was even scared of peanuts.”

The last cub named Mochi was rescued in the northern Vietnamese province of Son La. The rescue operation happened when a family found out that it was about to be illegally traded and informed the Four Paws animal welfare organization on May 18, 2020.

“Although she is the smallest, Mochi is also the boss of the group. She explores any new objects offered to then cubs with a lot of confidence and fun,” reads the report.In the initial months, the trio was given intensive care treatment to recover from the stressful first few months of their lives and to be able to continue their healthy development.

As per Four Paws, the cubs will remain in the sanctuary for an indefinite period of time, unless they are ready to survive in the wild. The trio is known as “three musketeers.” They are reported to be doing great and are very active.

The video footage shows how Mochi is being taken care of by providing milk whenever she is hungry. Being the youngest, she is always in the mood for playfulness. She is seen playing with the teddies, climbing trees, swinging in the drums tied above the ground. Disturbing the other two cubs is her main motive.

The Ninh Binh Bear Sanctuary in Vietnam was founded in December 2016. Since then, it has been home to over 30 rescued Asiatic black bears. Gradually, they are planning to increase the house to 100 bears in the near future.

Vietnam’s illegal wildlife trade is a billion-dollar industry that takes animals from the wild that are then bred in captivity and eventually sold for profit.

Bear bile, bear gall bladder, and bear parts are traded for the market dynamics in traditional medicine outlets and bear farms across Vietnam. As per a report, in 2012 more than half (56 percent) of traditional medicine factories and 74 percent of bear farms surveyed were found to be selling bear bile products in violation of Vietnam wildlife protection laws.

There was a severe drop in 2016, where 40 percent of the traditional medicine outlets were part of the illegal trade.

Shortly after Nikko and Nara were rescued from an illegal trader, Vietnam announced a ban on the import and trade of wild animals and their parts under a new Directive. Action is being taken to stop the online sale of these animals as well.