Pursuit came to an end after the driver dashed into a parked car.
By Uran Dulatahi February 21, 2021
Facebook
Twitter
Linkedin
Email 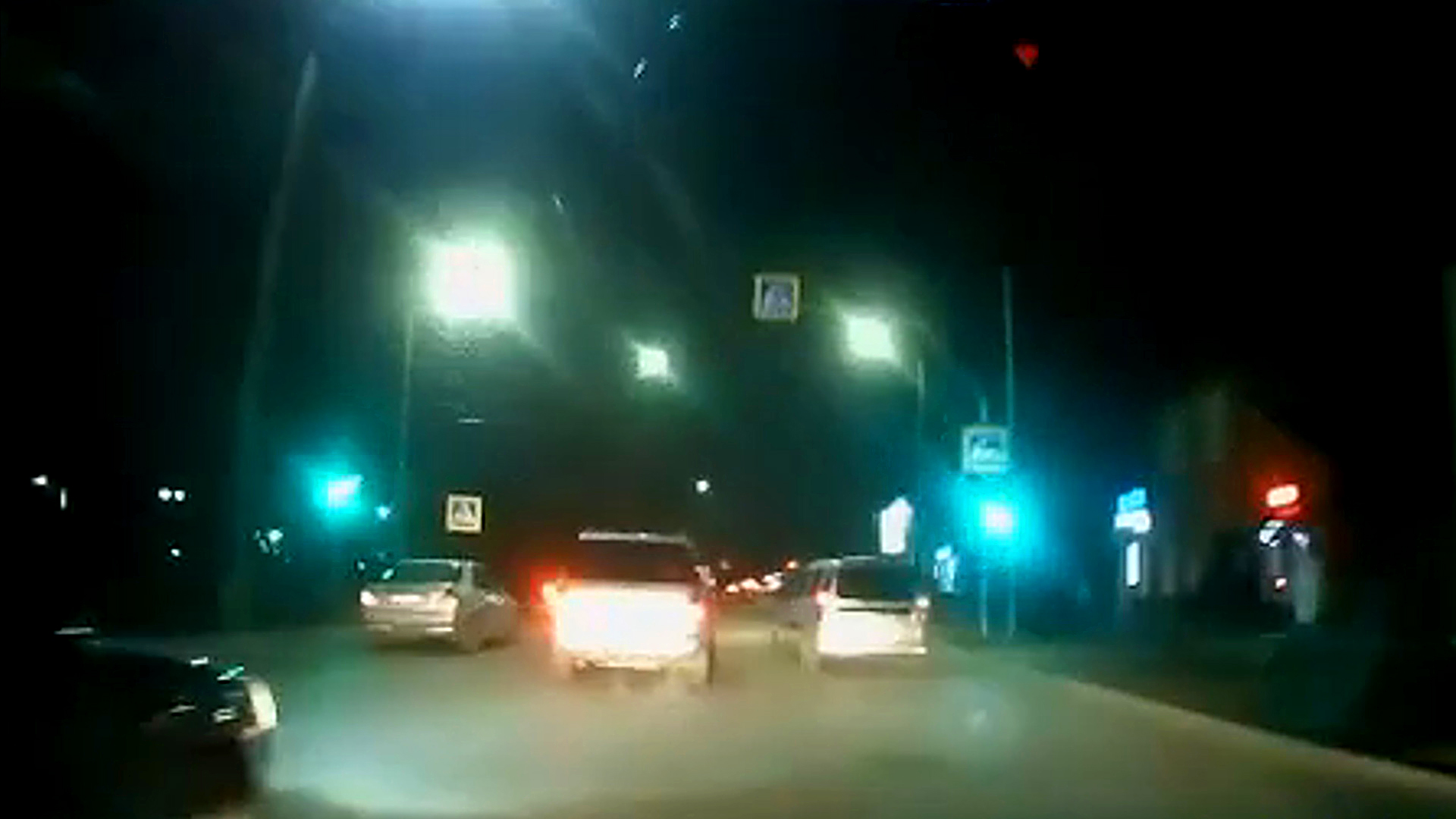 A police pursuit after a drunk driver. (Ministry of Internal Affairs of Republic of Dagestan/Newsflash)

DAGESTAN, Russia — A Russian drunk-driver was arrested as he tried to flee from the cops after committing an accident in Russia on Feb. 8.

The suspect made the police officials follow him throughout the streets of Makhachkala, Russia’s Republic of Dagestan. The chase came to an end after the suspect lost control over his vehicle and collided with a parked car. He tried to escape on foot but was caught beforehand and detained instantly.

Meanwhile, as he tried to escape, he caused several other road accidents, that caused a lot of damage. The suspect, 28, whose name was withheld was found driving without the driving license.

“He smelled of alcohol and later it was confirmed through the test that the percentage of alcohol was very high” said the police official.

Though the number of crimes committed due to alcohol intoxication in Russia has reduced over the years, the data of 2020, despite the pandemic shows over 315,400 crimes were committed by persons under alcohol intoxication. The figure gradually decreased since 2016, when approximately 440,000 criminal cases involved offenders who consumed more alcohol than allowed by law.

” The suspect will face an administrative detention period of 10 to 15 days or a fine of RUB 30,000 ($408). Rest the investigation is still on” said the police official.

The number of crimes committed due to drunk driving and violating traffic rules has decreased gradually. The rate saw a decline by 240 registered crimes per 100 thousand people. However, rates of other crimes have increased manifold. 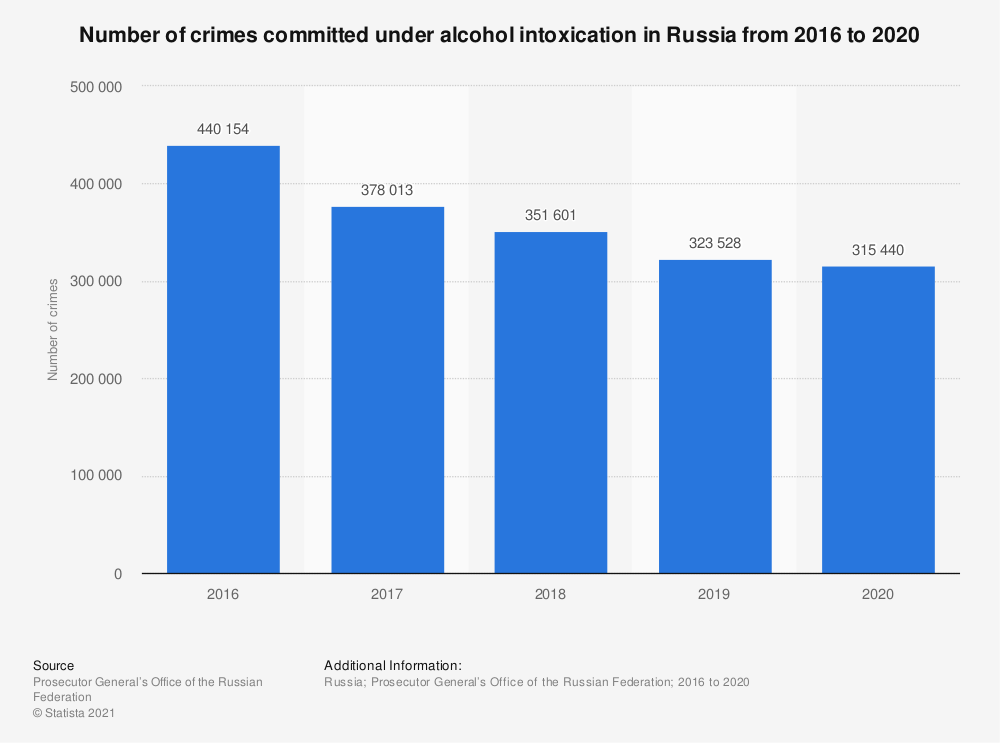 The data states that the most common type of crime registered in Russia in 2020 was of theft. About 37 percent of the total number of offenses recorded by national law enforcement authorities was of frauds and thefts.

Over 16 percent of the crimes were classified as fraud. Due to advancement in technology in digital banking, access to bank, personal data thefts and unauthorized payment card transactions, new types of fraud have developed, that accounts for 42 percent.

Whereas, 3.3 percent recorded crime traffic violations with subject to an administrative penalty. Robbery and forcible seizure for 2.1 percent, intentional harm to health and rape account for 1.5 percent.

Meanwhile, murder offenses and attempt to murder, fell by 75 percent. A continuous decrease in homicide rate has been observed since the beginning of the millennium. While the incarceration rate went down by 233 prisoners per 100,000 inhabitants.

The largest share of people within the age group of 30 to 49 years, among both the genders, have committed the maximum number of crimes. Moreover, 14 percent of the criminals are university graduates.