Statue was taken under protection and delivered to the Eskisehir Museum Directorate. 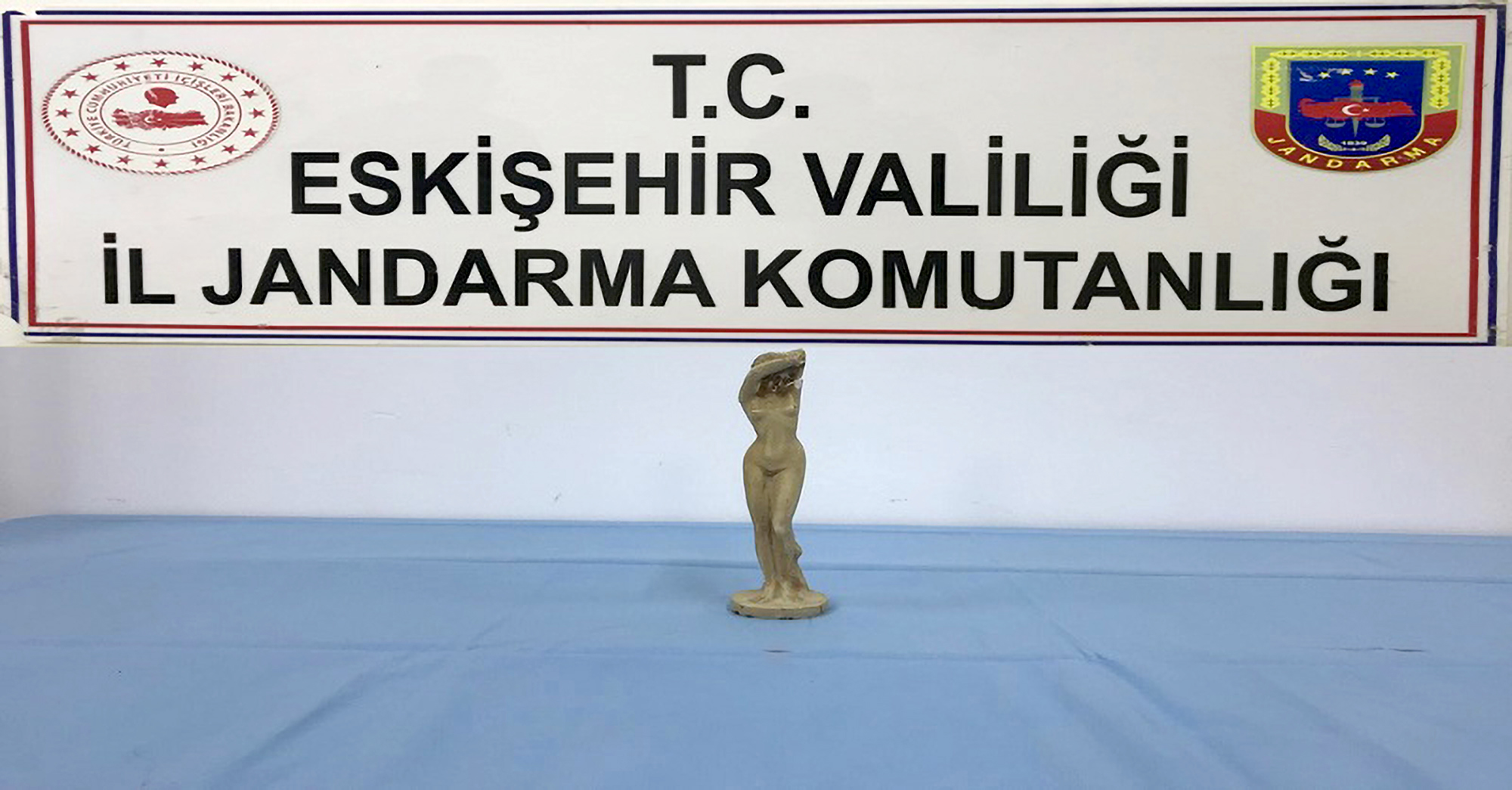 In the operation organized by the Ekisehir Police, a female statue from the Roman period was seized and 2 people were detained. (Eskisehir il Jandarma Komutanligi/Newsflash).

ESKISEHIR, Turkey — Two people were arrested on Feb. 10 for allegedly trying to sell an ancient Roman statue of a naked woman in Eskisehir, Turkey.

The police officials instantly launched an investigation with the anti-smuggling teams on the same date. Investigation revealed that the two suspects were trying to sell the historical artifact.

The suspects E.U. and G.K. (full names are yet to be known) were transferred to the courthouse and detained on their way from Seyitgazi to Kirka town in the Turkish Province of Eskisehir.

“Activities for the protection of our cultural and natural assets will be continued by the Eskisehir Provincial Gendarmerie Command,” said the police official. “The public has been informed about the same.”

The suspected vehicle was seized and a 21-centimeter tall Roman statue was recovered. The statue was taken under protection and delivered to the Eskisehir Museum Directorate.

The suspects were referred to the judicial authorities for the offense of Opposition to the Law on the Protection of Cultural and Natural Property No. 2863 and were released by the court on the condition of judicial control.

The Law defines a movable and immovable cultural and natural property to be protected, regulate proceedings and activities. The ‘cultural property’ refers to the movable and immovable property on the ground, under the ground or underwater pertaining to science, culture and religion. Whereas, ‘natural property’ refers to assets on the ground, underground or underwater pertaining to geological periods, prehistoric periods until the present time.

“The Eskisehir Provincial Gendarmerie Command will continue with determination to protect our cultural and natural assets,” said an official. “It is respectfully announced to the public.”

The Command was formed by connecting the Provincial Center and Sivrihisar District Gendarmerie Commands in 1924. Until 1983, it was deployed in the government house located in Iki Eylul Street in Eskisehir Province.

The maximum number of crimes reported are burglary, robbery, vehicle break-in, vehicle theft and homicide. The Turkish National Police explicitly monitors all the activities. Cybersecurity issues have increased rapidly within a year. The scams include fraudulent visa services or fake online schemes. Apart from that the reports of criminal enterprises targeting individuals using unsecured Wi-Fi to compromise the personally identifiable information to commit fraud.