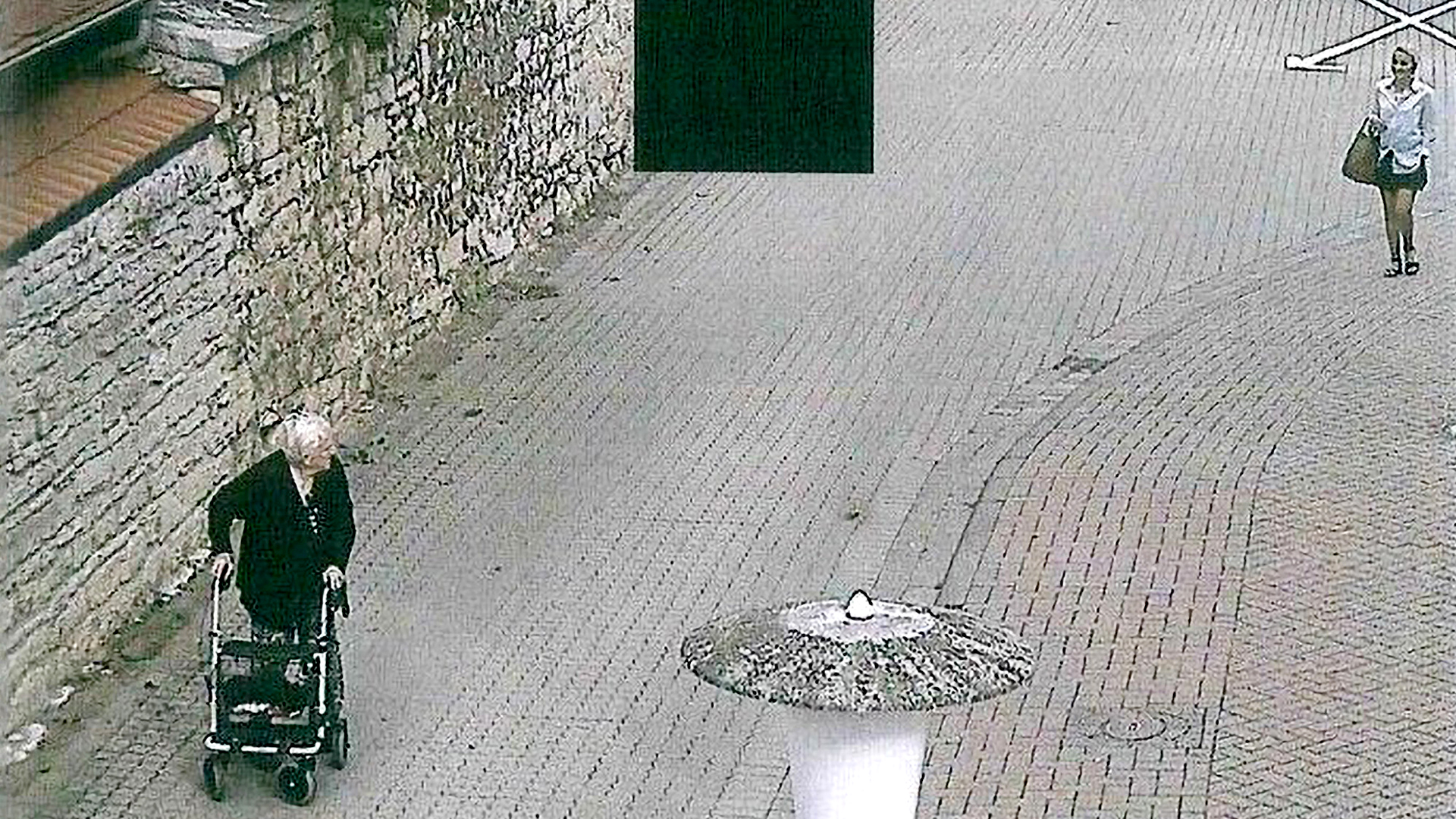 The fraudster approaching the old woman to collect the money. (Landespolizeiinspektion Nordhausen/Newsflash)

BREITENWORBIS, Germany — The German police have released a video of a blonde lady approaching an old woman, pretending to be his grandson’s girlfriend and stealing away her life savings.

The footage showed the blonde suspect, who spoke German with an East European accent, took away the cash €13,000 ($15,738) which was the 81-year-old’s life savings, and then disappearing off with a huge grin on her face.

German police said this was the first time a so-called “nephew fraudster” was captured on camera.

The victim later told the police that the woman spoke bad German and was not able to say much more than “money, money, money”.

The Nordhausen Criminal Police Department said they have received over a dozen leads after the video was shared online in mid-January.

The old woman’s real grandson, Daniel Schmiegel, 40, from the district of Ammern, is also determined to see justice served and has offered a reward for anyone that provides the name of the criminals.

“I will give €2,000 ($2,420) to anyone who provides information leading to the perpetrators. They took all of my grandmother’s savings,” said the businessman, who owns a local bike shop, on Feb 10.

“She is 90 percent blind and almost completely deaf and lost her husband two years ago. That must be punished.”

“Nephew fraudsters” target old and confused people by ringing up and claiming to be a family member in urgent need of financial aid and then get them to hand over their savings.

In this case, the victim from the German state of Thuringia, got a phone call from an anonymous caller claiming to be her grandson and looking for cash.

The worried elderly woman willingly agreed to take out her savings to hand to her grandson. The caller said he would ask his girlfriend to stop and collect it.

The pensioner arranged the money and was informed to meet the girlfriend outside a nearby kindergarten.

However, she apparently failed to realize that she was being filmed by a surveillance camera at a nearby building site.

Police have confirmed that a similar incident had happened earlier as well which was captured on camera as well.

An 87-year-old victim from the municipality of Asbach-Sickenberg in Thuringia lost €40,000 ($48,405) when he handed over the money to a girl at his front door.

A neighbor managed to witness the situation and claimed the person matched the blonde woman from the surveillance video.

As per the victim, the girl was between 25 and 30 years old, slim, with hair tied in a braid.

The police are still looking for more evidence and checking for a connection between both cases.