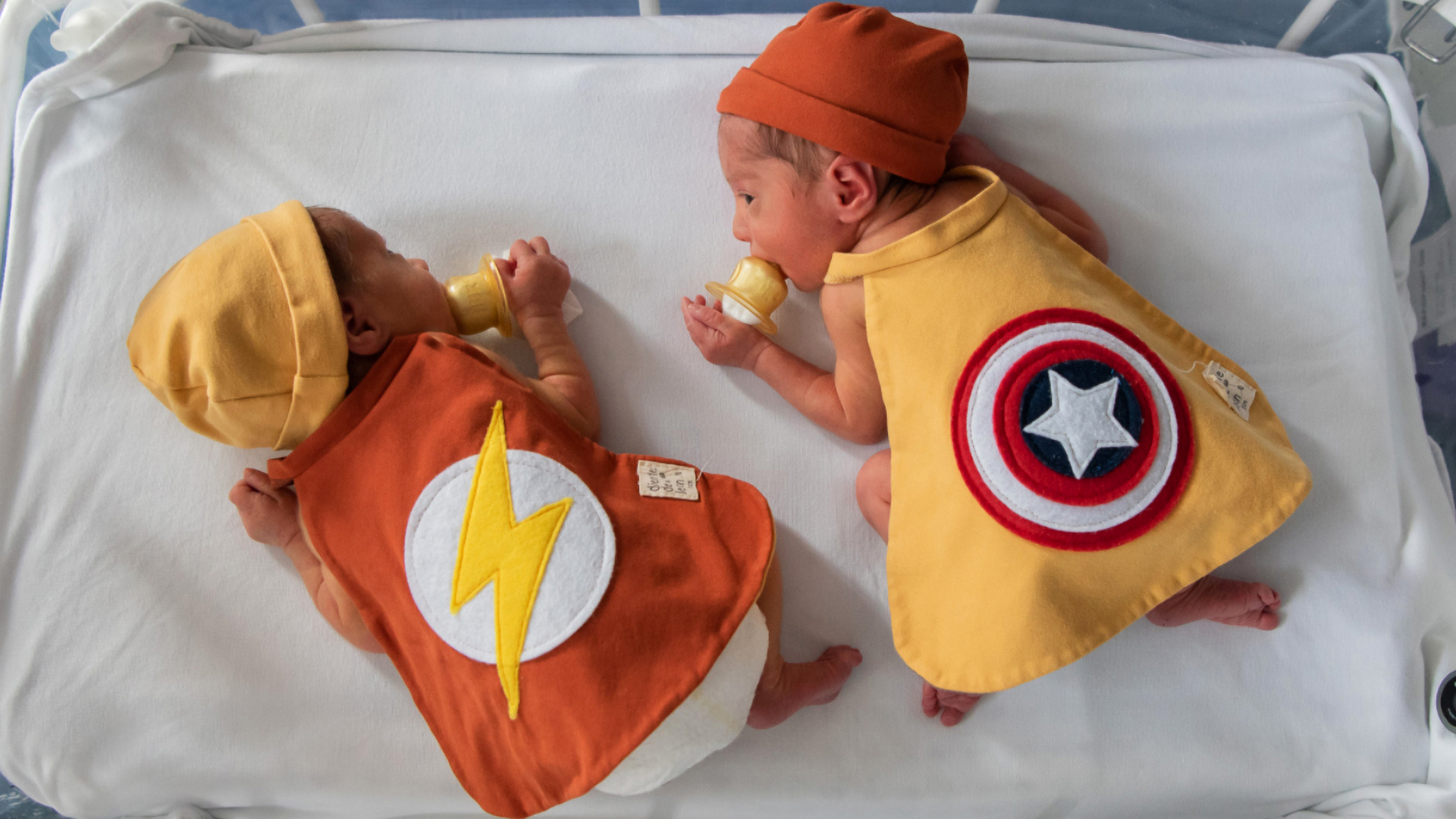 BARCELONA, Spain — The parents of a set of premature babies had a special day at a Barcelona-based hospital’s intensive care unit after the babies were dressed up in their superhero costumes to celebrate the Carnival weekend.

Carnival weekend is a Western Christian festive season that occurs before the liturgical season of Lent. The main events typically occur during February or early March, during the period historically known as Shrovetide (or Pre-Lent).

Erika Sanchez, 44, coordinator of the Intensive Care Unit, said all the parents burst into tears when the nurses brought the babies in with the superhero costumes, including Superman, Captain America, and Batman, as well as various cute animals.

“The families did not expect that since they didn’t know it was the Carnival day already,” Sanchez said. “It was a very touching moment, as staying here is a very monotonous situation, all the days are the same, yet that day was different!”

The babies were under observation at the Clinic Hospital of Barcelona, in the eastern Spanish province of Catalonia, and they celebrated Carnival weekend with amazing handmade superhero and animal costumes that surprised their parents.

Referring to the coronavirus pandemic that has rocked the country since last year, Sanchez said they wanted it to be a special day for everyone.

“Once again the newborns of the Maternity Hospital #CLÍNIC they have surprised their parents with their costumes this Carnival morning,” tweeted the hospital sharing the from the carnival day. “An initiative by the nursing team, so they can celebrate this holiday despite being in a hospital.”

The idea of dressing up the babies as superheroes and animals came about two years ago, in 2019 when a nurse who loved sewing decided to do something different.

Since then, the Carnival weekend has turned into something of a tradition. This year, the nurses had to use the costumes they used last year, as it is currently banned to bring outside items into the hospital, but it was worth it.

“The smallest babies being cared for there were born at only 26 weeks of the pregnancy and weigh around 500 to 600 grams (1.1 to 1.3 lbs), as they were twin girls, but now with the costumes they weigh more, around 1 kilogram (2.2 lbs)” Sanchez said. 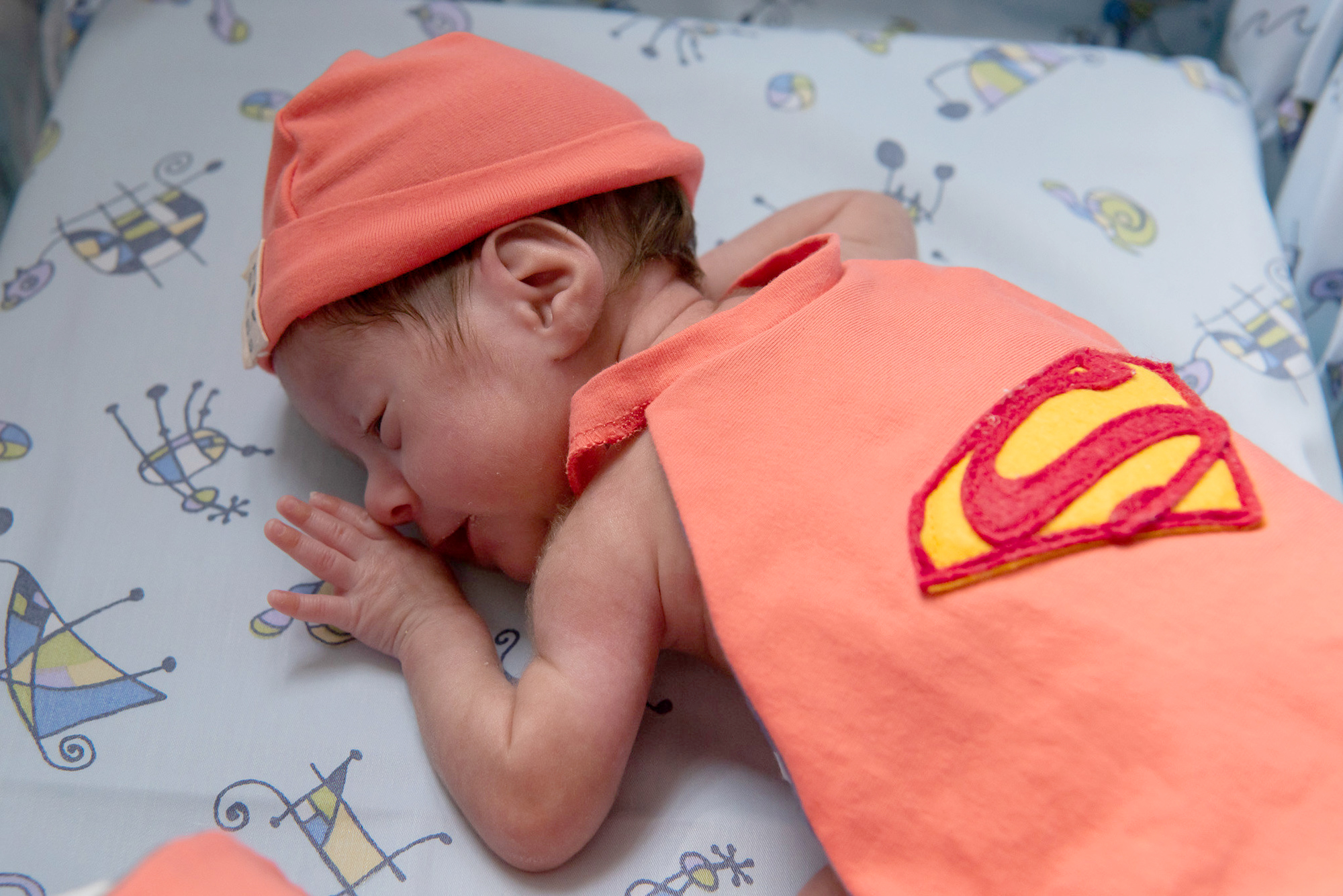 The idea of dressing up the babies as superheroes and animals came about two years ago. (Hospital Clinic Barcelona/Real Press)

Premature babies with extreme health conditions “need to be assisted ventilated as they stay in an incubator to give them heat.”

However, the hospital encourages as much skin-to-skin contact between parents and their babies as possible.

Sanchez explained that the parents give them heat and comfort, as well as stability, and it helps to create a link between the babies and the parents. It also helps with the production of breastfeeding milk.

“Holding your baby close to your chest is a special experience that can help build the bond between you and your new family member,” as per the Cleveland Clinic. “This type of touch isn’t just good for bonding — it’s also medically beneficial for your baby.”

The initiative has also created a link between the hospital and the babies being looked after there. In fact, Sanchez explained the first babies with superhero and animal costumes in 2019 still wear similar costumes now, as the parents tend to send the nurses and the hospital team pictures of them every year at Carnival time, with the same costume.