Animal was captured and released in its natural habitat of Coclé Province.
By Uran Dulatahi February 21, 2021
Facebook
Twitter
Linkedin
Email 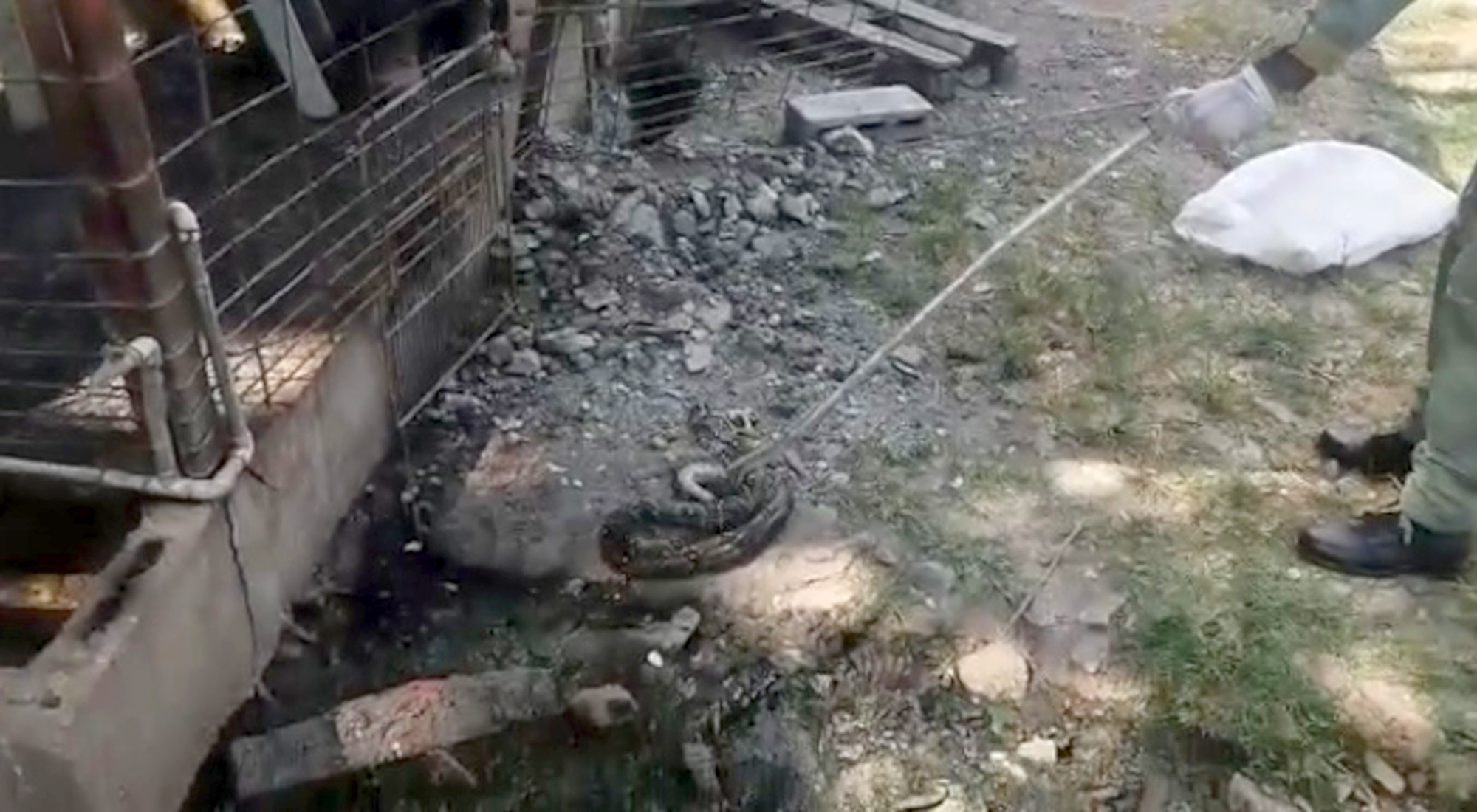 Authorities rescued a snake that was stuck in a residence. (@PNPma/Newsflash)

COCLE, Panama — The Panama National Police on Feb. 14 rescued a snake that was residing on the roof of a temporary structure in a public area of the city.

The unit officials worked together to safely capture the snake and release it into its natural habitat in the Cocle Province in Panama.

The snake was seen crawling along with the roof structure of an open barn when one of the officers managed to hook it with a special snake-catching stick and a grabber attached to it.

Later, the officer managed to bring the snake to the ground where the officer grabbed the snakehead with the grabber. He then used his hand to get hold of the snake head and put it into a box. The snake was transported safely and released in the wild.

With many outdoor parks, hiking trails, and outdoor activities that Panama has to offer, there are estimated to be more than 21 species of venomous snakes in Panama.

“When you see a snake, you should stand back and observe it or walk around it, leaving at least six feet of space between it and yourself,” said Rebekah Nelson, regional public information officer for the Florida Fish and Wildlife Conservation Commission. “Snakes don’t purposefully position themselves to frighten people. They’d much rather avoid encounters and will usually flee.”

Coclé is a central Panamanian province southwest of Panama City. While much of the province is agricultural land, the northwest is marked by mountains and cloud forest, much of it protected by Parque Nacional Omar Torrijos, a national park situated in Panama.

The park preserves a diversity of forests, plant species, a variety of birds and fauna. Even today there are some mammals in danger of extinction, such as the jaguar, puma, tigrillo, tapir, saino, mountain pig, white-tailed deer, among others.

El Valle de Anton is also known as the second-largest inhabited volcano crater in the World.

«Previous Post
The Eagle Has Landed: The Symbol Personifies The Spirit Of Mexico»Next Post
The Secret Behind Tortillas Is Nixtamalization