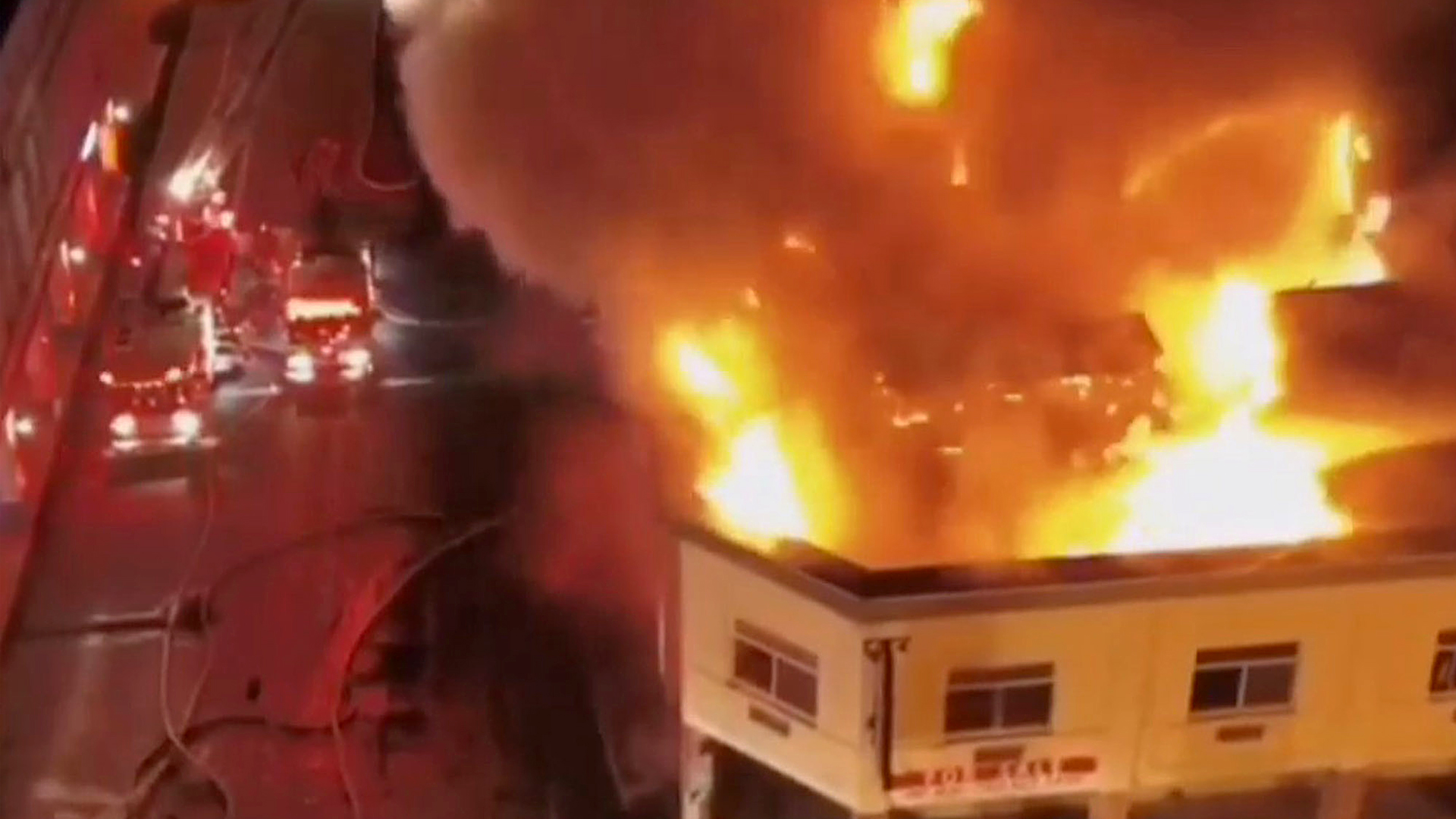 As per El Centro Fire Department, the blaze started at 11:30 PM ahead of Valentine’s Day when they got multiple 911 calls reporting about flames and smoke in the three-story hotel. It took more than two hours to contain the fire, but not fully doze.

“Attempts were being taken to reopen the facility by ownership and several months ago, a security guard has been posted in front of the building to keep the people away from the building, as it is closed,” said Cedric Cesena, the fire battalion chief of El Centro Fire Department.

The aerial footage shows the interior of the building turning into a raging fire. Many firefighters were seen using an extendable ladder to extinguish the fire with a blast of water sprayed on the property.

Few other fire pumps were seen with hoses snaking across the street as firefighters also attempt to tackle the blaze from different angles. The blaze was so intense that the roof of the property collapsed, and it made little difference when the water was being sprayed.

The firefighters tried their best to curb the spread of fire to the nearby homes and buildings.

Mayan hotel has been closed for at least a couple of years now. Investigations are going on as to what led to the fire in the building.

Earlier in mid-December 2020, a small fire ignited in the same hotel-turned-apartment that witnessed El Centro crew rescue a helpless woman. It was not clear when the hotel was reopened. However, as per previous reports, the building has been deemed unlivable by the El Centro code enforcement officers for the substandard conditions in early 2018, and all those residing in the units were forced out.

As per the Imperial Country Public Health Department Report, El Centro, the city as a whole has picked up different emergency management programs that educate about natural and artificial disaster preparedness hazards that may impact their area and train them basic disaster response and skills such as fire safety, light search, and rescue, team organization, and disaster medical operations.