German Firefighters Rescue A Deer And Heron In Emergency Operations 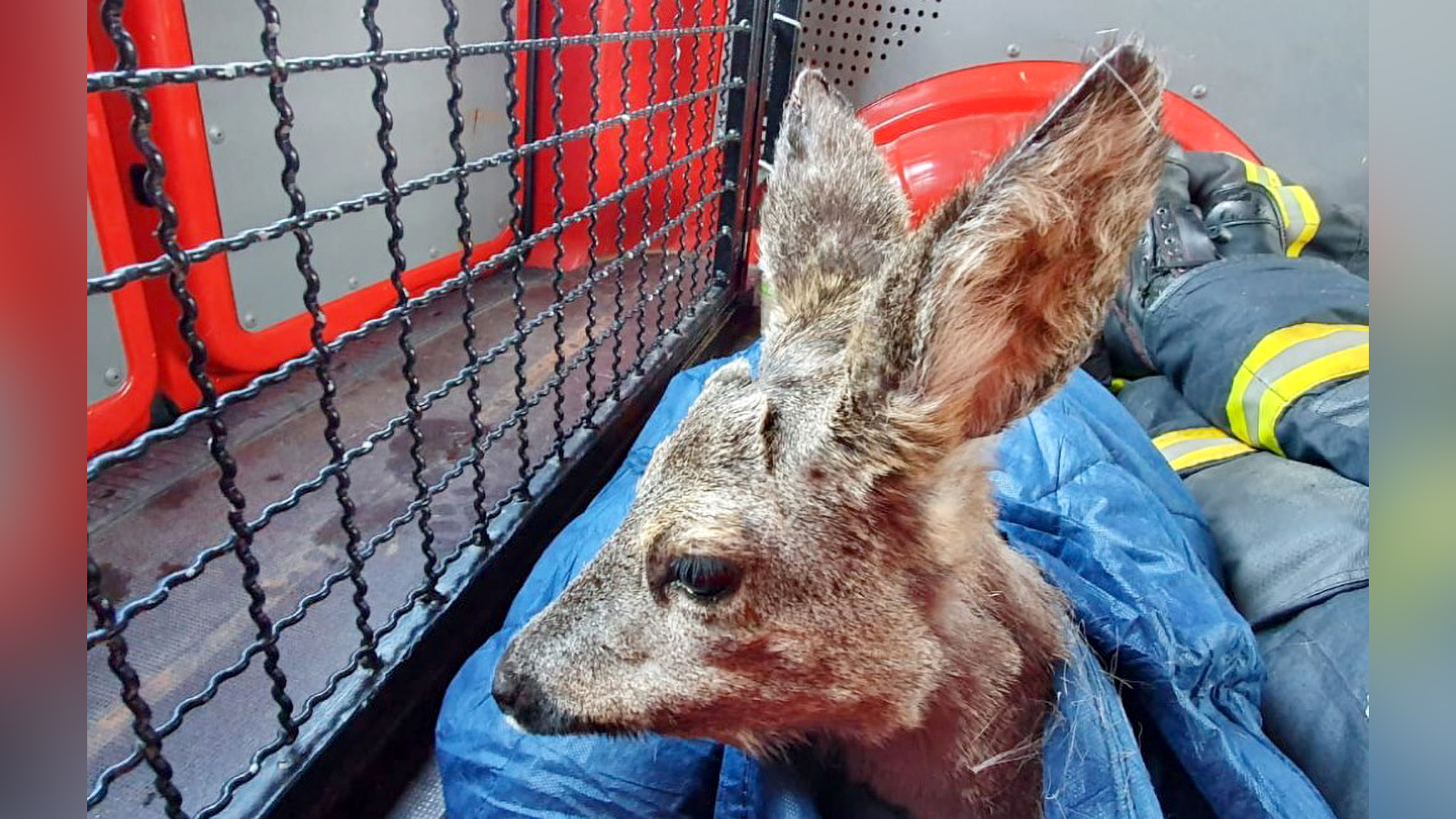 Firefighters from the Fire brigade at Mulheim saved a deer stuck between bars. (Feuerwehr Mulheim an der Ruhr/Newsflash)

The firemen from the city of Mulheim, in the German state of North Rhine-Westphalia, received the calls for the rescue operation.

The first call came in the morning when a deer was found trapped in a metal gate trying to get through it. Images from the fire department showed the deer stuck between metal bars after making it halfway but was apparently unable to get its hind legs through.

“Visibly facilitated the deer and a firefighter enjoyed the mutual heat exchange in the animal rescue vehicle of the Mülheim fire department,” the fire department wrote in a Facebook post along with the images of the rescue.

Other snaps showed the wild animal wrapped in a warm blanket after it was rescued by firemen using hydraulic equipment to bend the bars.

They found the deer with a small injury to its ear, but it was freed when the wound was confirmed to be minor.

Later in the day, the firemen received a second rescue call involving a heron with its foot stuck in ice.

The firemen helped the long-legged freshwater bird by melting the area around its foot.

“A heron stuck in a garden got cold feet,” the fire department of Mulheim wrote in a press release. “One foot of the animal was covered with ice. This ice was thawed through the warm gloves of a firefighter. The heron was then taken to a veterinary clinic for further clarification.”

It is unclear if the heron received any treatment.

“The Grey Heron is the most widespread heron in Eurasia, with a breeding population in Europe between 150,000 and 180,000 pairs,” as per the Heron Conservation. “In Britain, where the longest-running heron census occurs, the population was nearly 6,000 pairs in 1991. However, the core of the European population of Herons is in France, Russia, Ukraine, Germany, the United Kingdom, and the Netherlands. With few exceptions, Grey Heron populations have increased markedly in numbers and range in Europe in this century.”

The fire department ended their Facebook post by spreading awareness about the struggling birds in freezing temperatures in Germany.

“Waterbirds like swans or ducks don’t freeze on waters. They are smart and save energy from their silent behavior,” they wrote.

Herons have been particularly hard-hit by the current freezing temperatures in Germany as their nests are usually located above or around water.