Face Of Ancient Peruvian Priestess Brought Back To Life 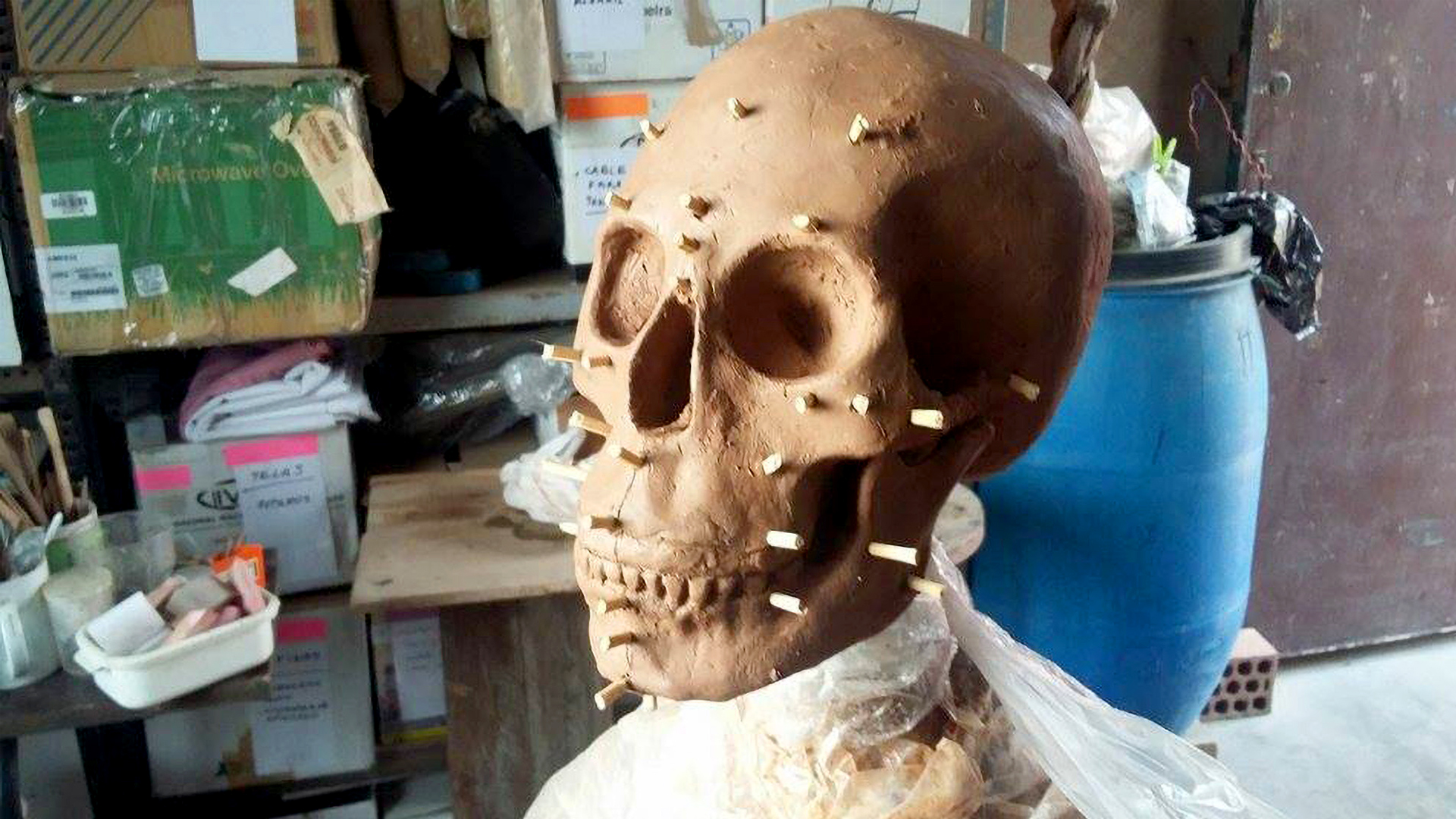 The skull of the woman used to recreate the face. (Dayanna Carbonel/Real Press)

LIMA, Peru — Peruvian artists and archeologists have managed to recreate the face of Dama del Paraiso (the Paradise Lady) who is expected to be more than 3,700-years-old.

The skeletal remains of the Peruvian woman, probably known to be a priestess or healer, were discovered at the archaeological site El Paraiso. The site — the first temple of Lima and the capital of Peru — is expected to be around 4,000-years-ago.

The Dama del Paraiso was later named Eva Lucia by the researchers, who discovered it in 2016, as a tribute to the world’s oldest bipedal woman. She is known as Lucy among the archeologists.

“The remains were found inside a ritual room, over a knitted red carpet, in the fetus position and surrounded by funerary objects,” said Dayanna Carbonel, the director of the project. “Among them were found deer antlers, a very well polished wood spindle with polished chert stones, a quartzite pyrite with a stone jasper, a scallop shell (Argopectum Purpuratus), a mate, and a container usually used for tea containing lime.”

As per the physical anthropology and the dental analysis done by Guido Lombardi and Anton Samplonius, it was predicted that Paraiso was between 20 and 25-years-old and was around 1.50 meters (4.9 feet) tall.

She had some graceful features but had a robust jaw, which as per Carbonel was created by constant chewing of half-cooked or hard food. The “non-balanced diet” in her early childhood also led to the lady suffering from anemia.

As per the research, it was found she had other health implications, too. Despite the different hygienic conditions of that era, the dental analysis only revealed one cavity. During her last meal, she had eaten cassava (a root), corn, beans, and pumpkin.

There are still a lot of mysteries revolving around her cause of death. The experts consider her to be an important member of the community.

“The fact that she was found in a ritual place and had precious funerary objects around her,” said the experts.

Along with her spiritual role, she also knitted and carried heavy loads which can be understood by the flattening of her lumbar vertebrae, said Carbonel.

“She was not very different from us. My team and I decided to find funds to reconstruct Paraiso’s face,” Carbonel said.

The reconstruction took five months and was conducted by a multidisciplinary team of experts. First, an identical mold of her skull was done and then various key points were identified, to know where the muscles were located, as well as their distance from the eyes, nose, and mouth.

“Special thanks to the artist Teobaldo Ugarte, for his cooperation. The face finally has been revealed,” Carbonel said.

The face of Dama del Paraiso is now on display at the Museum of Minerals Andres del Castillo of Lima in the Peruvian capital.