"Every minute that comes between the crisis and your responding is a bad minute and it stays for a very long time," says one expert.
By Erik Sherman February 20, 2021
Facebook
Twitter
Linkedin
Email 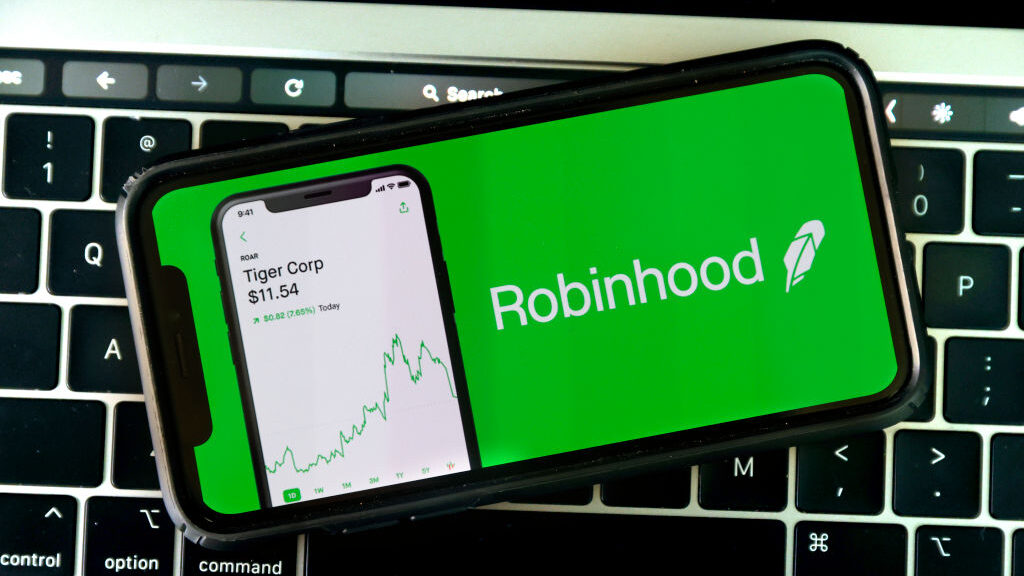 “In a very short time Robinhood has managed to completely unravel their mission statement and identity as a broker,” said one analyst. (Justin Sullivan/Getty Images)

As armies of retail investors squeezed hedge fund short positions in GameStop, the trading app Robinhood learned a different costly lesson: even if your investments aren’t on the line, your name and reputation can be, and a communications failure will bring continuous black eyes.

In the space of days, Robinhood, which promotes its mission as the democratization of stock-trading, went from being hailed by its users for providing a service befitting its name to instead become the latest emblem of injustice by the financial sector.

Without an effective communications plan in place to deal with an unexpected public relations disaster, and an influx of less financially literate new users, the company was forced to stand by and watch what may have been the world’s fastest unravelling of a brand promise.

Large hedge funds had been short-selling poorly performing stocks like GameStop, AMC movie theaters and BlackBerry — meaning they borrowed shares in the companies and then sold them at the prevailing market rate, expecting to repurchase and return them at a lower future price, and take the difference as profit.

Then a merry band of retail investors, who spend much of their time posting to a Reddit forum called WallStreetBets, decided to try to punish the funds, which they saw as part of a rigged system. They coordinated to buy shares, and pushed up the price.

Other funds, noticing the pile-on, then joined with the Reddit crowd in buying, driving the price further up and squeezing the short sellers, who were forced to repurchase at ever-higher prices to cover their positions and return the stocks they borrowed.

In the end, the short-sellers lost tens of billions of dollars.

Cruising for a bruising

For the merry individuals buying the booming stocks, it seemed like a bonanza.

With the ability to easily buy more and more stocks using Robinhood’s app, the pile-on became a gold rush, as more speculators flooded to the platform to get “in” on the bounty. News about the booming GameStop and AMC stocks spread far and wide.

That’s where the trouble started.

Instead, it directs the transactions through a clearinghouse, which pays for the trades as the information it gleans lets it more effectively direct its own trading decisions.

Buyers and sellers are quickly matched digitally. However, the “settlement” of the trade — the actual transfer of payment and shares between parties — typically takes two days after the transaction. So clearinghouses require brokers, such as Robinhood, to have enough money on deposit to ensure that a trade can clear — even if the broker is waiting for a separate payment from a client to finish processing.

Given high demand for the shorted stocks and the climbing prices, Robinhood’s deposit requirements suddenly jumped ten-fold, according to a company blog post.

So Robinhood “put temporary buying restrictions in place on a small number of securities that the clearinghouses had raised their deposit requirements on.”

The company raised an additional $3.4 billion to bolster its cash position.

Yet even the most reasonable business decision can have collateral damage.

As a company, Robinhood states that its mission is to democratize finance and give all people access to financial markets. So restricting purchases — particularly when an influx of speculative retail traders were driving prices up — caused a backlash.

“In a very short time Robinhood has managed to completely unravel their mission statement and identity as a broker,” Dan Leeson, the host of the retail investor podcast 2 Bulls In A China Shop and a Robinhood user since 2017, told Zenger News.

He noted that many of the investors who frequented WallStreetBets “have been using Robinhood with the feeling that Robinhood as a broker was on their side.”

“When Robinhood says their hands were tied, it’s not in a vacuum,” Leeson said.

“We know they could have fought harder for us.”

Leeson says he himself is now winding down his personal account and plans to close it.

“Every CEO appearance, every e-mail trying to sugarcoat the ordeal, and every press release from Robinhood makes me wistful for my innocent days of believing the mission statement of a large corporation,” he said.

“It’s a huge problem and they’re particularly vulnerable in this specific area because brands are most severely punished for perceived hypocrisy,” said Chris Barnes, managing director at the financial services practice at market research firm Escalent.

“If you have as a cloak of purity that we’re changing the world, there are high [customer] expectations. If you act inconsistently, you don’t bend, you shatter. And then you have the pieces that you have to put back together.”

Robinhood didn’t adequately educate its users and present itself as a front end to trading, Barnes said: “It’s an admission they have to make to themselves that ‘we’re not an end-to-end solution.’ They’re sort of a user interface.”

For many users this experience undercut the brand’s promise. The result is serious consequences beyond the disenchantment and disaffection of customers like Leeson.

“They’re going to need to prove to people that they are serious and sincere about their mission,” Thompson added.

Not only had Robinhood set up the potential for perceived hypocrisy but its explanations came too late when the problems started hitting.

“They say football is a game of inches,” said Eric Yaverbaum, CEO of Ericho Communications. “Communication is a game of minutes. Every minute that comes between the crisis and your responding is a bad minute and it stays for a very long time.”

A proper and timely response requires a pre-existing process to deal with disasters. “Nobody wants to think about bad stuff, ever,” Yaverbaum said, who’s been involved with crisis communications for four decades. “Ever. My agency wrote plans for how we would communicate immediately when something happened. A food-borne illness for a fast-food chain. A falling bookcase for a furniture company. We didn’t know what could happen. But we had a process in place, so it doesn’t take us hours or days or weeks to answer.”

Not only did its slow response allow stories to spin out of control, but the company had never properly educated its users as to how it worked — and what risk that entailed.

“If you’re going to play the stock market, you’re going to assume risk,” said media critic Josh Sternberg. “You have to understand that going in. But what Robinhood has been preaching for the last several years is yes, the house may win, but you can win also.”

The lack of earlier explanation and delayed response laid the ground for conspiracy theories, including claims on Reddit that both the White House and venture capital firm Sequoia Capital had somehow “pressured” Robinhood to cutoff share purchases.

“There seems to be a pretty clear fumble on their part,” said Sternberg. “They tried to do a pretty standard if not old press relations tactic on having their CEO go out on every single TV network that’s possible.”

Every time CEOs go on television or give an interview, they open the door to problems, he added. “Once you’re on CNBC and the Wall Street Journal, you have the chance to muddy the waters because what you say is not necessarily interpreted the way you want.”

Point those fingers and try for a touchdown

As Robinhood’s reputation spiraled out of control, the company decided to act. By February 2, Tenev wrote a Robinhood blog post that blamed the system.

“The existing two-day period to settle trades exposes investors and the industry to unnecessary risk and is ripe for change,” Tenev wrote. “There is no reason why the greatest financial system the world has ever seen cannot settle trades in real time,” he added. “Doing so would greatly mitigate the risk that such processing poses.”

The company’s newest plan is now to run run a Super Bowl ad to show how they’re “committed to our mission to democratize finance for all.”

Such an explanation “doesn’t look good,” Matt Hurst, associate professor of finance at Stetson University told Zenger News, because it is easily interpreted as an excuse.

“It looks like they sacrificed their own customers to protect institutional investors,” Hurst said. “They allowed one-way sell orders, but no purchases, thereby basically forcing these names to retreat and allowing the shorts to cover. There are certainly going to be lawsuits and, if I were Robinhood, I would be scared of the merry band of retail traders that have recently robbed the rich and are out for blood.”

As the dust settles, one important lesson learned is always have an emergency communication plan in place, preferably with company access to a seasoned crises communications expert. Robinhood’s reputational disaster could have been avoided with contingencies. Instead, the company was left flatfooted, as it stood by and watched the narrative spin out of control and its brand flipped upside down.

As seen in Forbes.