First-year NFL coach fumbles by tabbing Chris Doyle, who was fired by the University of Iowa for racial insensitivity. 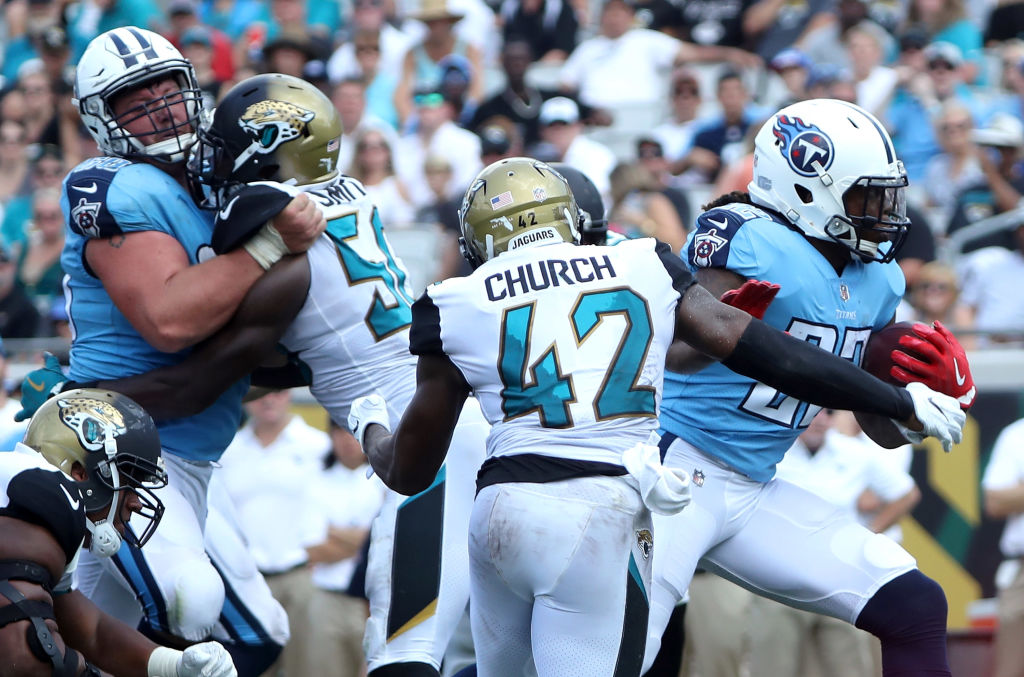 The Jacksonville Jaguars and the Tennessee Titans play at EverBank Field in September 2017 in Jacksonville, Florida. The head coach for the Jaguars, Urban Meyer is taking a beating these days. (Sam Greenwood/Getty Images)

Meyer, who won two national championships at the University of Florida and another at Ohio State, hired Chris Doyle after the former Iowa Hawkeyes’ strength and conditioning coach was forced to take a buyout from last June after allegations of racist behavior.

However, on Feb. 12 — a day after taking the job as the Jaguars’ director of performance — Doyle was forced to resign again after his hiring drew a barrage of negative publicity.

Meyer’s credibility also took a hit for a hire that most analysts believe reflected the first-year NFL head coach’s mindset. He claimed he wanted to be “transparent” with the hire of Doyle, who he had known for 20 years, and that the candidate was properly vetted.

Yet for 19 of those years, Doyle was alleged to have made racially incendiary remarks toward black players during workouts, with Iowa head coach Kirk Ferentz allegedly not intervening. Last June, stories regarding Doyle’s behavior began emerging on Twitter.

Doyle was alleged to have made remarks such as: “Why you walking with all that swagger” and “I’ll put you back on the streets” toward the Hawkeyes’ black players.

“Chris Doyle came to us this evening to submit his resignation and we have accepted. Chris did not want to be a distraction to what we are building in Jacksonville. We are responsible for all aspects of our program,” Meyer tweeted on Friday, Feb. 12.

“In retrospect, [we] should have given greater consideration to how his appointment may have affected all involved. We wish him the best as he moves forward in his career.”

That Doyle had been quickly given a career mulligan by the minority-owned Jaguars franchise couldn’t have happened at a worse time for the NFL, whose hiring practices have come under increased scrutiny fewer than two weeks after Super Bowl LV.

Even though 70 percent of the NFL’s on-field workforce is black, only two of its seven head-coaching openings were filled after the 2020 season.

In fact, Meyer claimed that the Jaguars’ owner, Shahid Khan, who along with former U.S. Congressman J.C. Watts is an investor in the 24-hour Black News Channel, had been a part of the hiring process regarding Doyle.

However, despite Meyer’s contention that Khan — and general manager Trent Baalke were part of Doyle’s vetting process — the Jaguars seemed to be caught off-guard by the hiring. In the team’s initial press release announcing Doyle’s sudden resignation, Baalke’s name was even omitted. The organization then only included his name in an ensuing statement, according to First Coast News sports anchor/reporter Mia O’Brien.

“It’s kind of surprising that there was no [idea] by Meyer or anyone else inside the Jaguars organization that something like this could happen,” O’Brien told Zenger News.  “When asked about the hiring, [Meyer] said Khan and Baalke were a part of the vetting process. How they couldn’t know there wouldn’t be some sort of pushback I’m not too sure.”

“Maybe this was Urban’s welcome to the NFL moment,” said O’Brien. “It was kind of a wake-up call for them.”

“Urban Meyer’s statement, ‘I’ve known Chris for close to 20 years’ reflects the good ol’ boy network that is precisely the reason there is such a disparity in employment opportunities for Black coaches,” Rod Graves, executive director of the Fritz Pollard Alliance, wrote in a statement.  “At a time when the NFL has failed to solve its problems with racial hiring practices, it is simply unacceptable to welcome Chris Doyle to the ranks of NFL coaches. His conduct should be as disqualifying for the NFL as it was for the University of Iowa.”

The Fritz Pollard Alliance was instrumental in the development and institution of the “Rooney Rule” that requires all teams to include at least one minority candidate to interview for vacant front-office or head-coaching positions.

Meyer’s apparent deaf ear to the NFL’s well-publicized attempt to embrace social justice puts him in a position where he faces a tougher challenge to establish credibility in the Jaguars’ locker room. Many former black players, who work as network TV analysts, proved to be the catalysts who spurred the Jaguars to punt on Doyle. They were quick and relentless with their criticism of this hire and chastised the Jags for a lack of sensitivity.

“How tone-deaf must you be to hire this guy at this time in, in this league, with all that we have gone through [in America] unless you’re Urban Meyer and [Doyle],” said former NFL defensive lineman Marcus Spears  on ESPN’s “First Take” program. “Listen, I’m not going to act like this is cool because it is not. I want to tell everybody this is not cool.”

Meyer will face an uphill climb to try to gain the respect of a locker room composed of mostly black players as he tries to transform the Jaguars into contenders once again.

They were in the AFC Championship Game after the 2017 season and seemed to be trending toward becoming an elite franchise at that point.

Following the death of George Floyd, the Jaguars were the first NFL team to formally demonstrate solidarity with their march for justice, during which players and members of the organization rallied at the Jacksonville Police Department.

An earlier version of this article misstated the date of Chris Doyle’s resignation as Feb. 6. He resigned on Feb. 12. Zenger regrets this error.