Oil And Gas Data Show Market Is Balanced, But Be Mindful Of The Weather 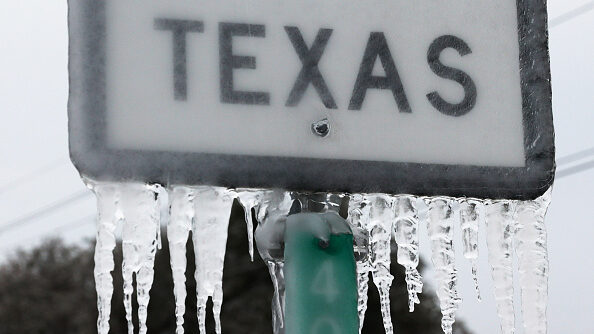 Winter storms have swept across 26 states with a mix of freezing temperatures and precipitation. Dozens of refineries are offline because of the arctic blast. (Joe Raedle/Getty Images)

U.S. crude oil and petroleum product inventories suggest the market is finding a balance between supply and demand, but the impact from the severe winter weather hitting the U.S. south could change that, analysts said.

“The large drop in U.S. oil inventories shows that the rebalancing of the oil market is well underway, supported by lower net-imports and recovering oil demand,” Giovanni Staunovo, an oil analyst at Swiss investment bank UBS, told Zenger News. “The coming weeks will show large swings in data caused by the colder weather in the southern United States.”

Dozens of refineries in the U.S. south are offline because of the arctic blast moving through the region. As much of 40 percent of total U.S. oil production, or around 4 million barrels per day, was knocked out because of frozen pumps and well heads. That will no doubt show up as a sizable drain on commercial crude oil inventories next week.

Staunovo added the decline in crude oil storage levels was due primarily to a 1.2 million bbarrels per day increase in total U.S. crude oil exports and a slight dip in overall production last week, figures that will again show an impact from severe weather.

Crude oil prices dipped into negative territory midway through the Thursday session, shrugging off the sizable drain on inventories as the thermometer in Texas inched back to the seasonal norm of around 50 degrees Fahrenheit.

Tamas Varga, an analyst at London oil broker PVM, said  the market was balancing out as the total inventories of commercial stockpiles hold at just 1.1 percent above the five-year average.

On the nation’s appetite for total petroleum products supplied, a demand indicator that includes things such as gasoline and diesel, the Energy Information Administration reported levels were actually down by 2.4 percent from this time last year. Though still weak, it’s a marked improvement over the 9.3 percent year-on-year difference reported at the start of January.

Breaking those products down finds petroleum distillates, which include diesel, drawing down by about 3.4 million barrels, suggesting deliveries are robust.

Federal data out next week could confirm that if it shows consumer spending was strong for at-home shopping in January. Distillates supplied over the past four weeks is up 10.2 percent from this time last year.

Gasoline, however, is another story.

Sub-zero temperatures across much of the country has forced many people to stay home. Total gasoline products supplied is down 9.9 percent from the same period last year, suggesting consumer-driven demand is still far below pre-pandemic levels.

Phil Flynn, an energy analyst at The Price Futures Group, said the energy sector will have to play catch up due to the extreme February weather. Supply levels are within the five-year range, but will no doubt take a nose-dive in the coming weeks.

“I’m afraid this is the best it’s going to get for a while,” he told us from Chicago.