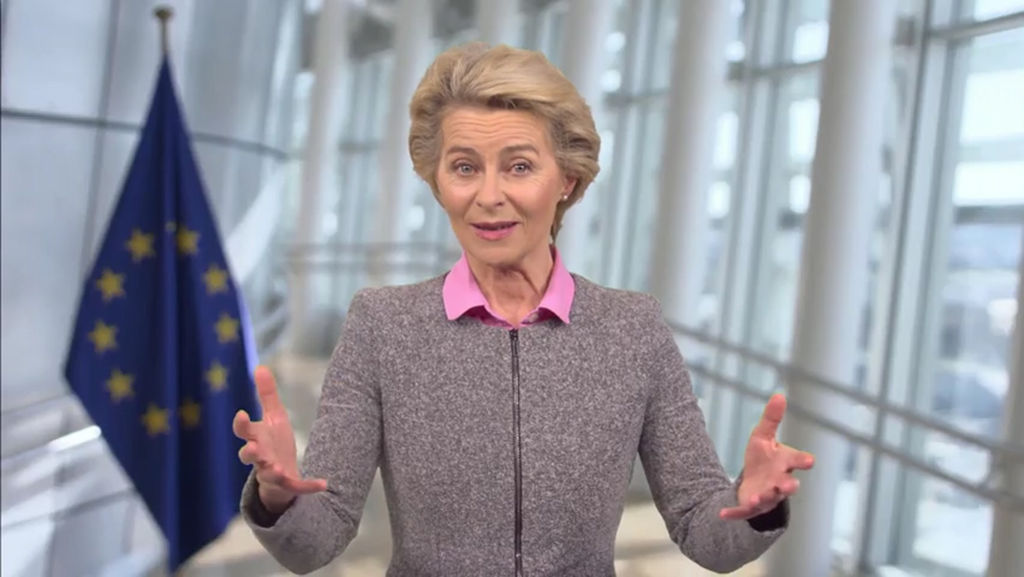 The world is waiting to see if — and how — the new White House administration will take on the tech industry.

It’s a far-reaching concept, but Feb. 10 saw two major moves on data regulation in Europe. First, the European Union’s top data regulator called for a complete ban on targeted advertising based on consumer surveillance as part of the December Digital Services Act, co-introduced with the Commission’s Digital Marketing Act.

Meanwhile, the European Council reached agreement on its decades-long negotiating position around existing electronic privacy rules. It’s still unclear whether the privacy rules will undermine or complement the General Data Protection Regulation, which is currently considered the gold standard in the global industry. However, that regulation was just one piece of the privacy approach intended by European Union leaders. Developments on the European regulatory front could set the groundwork for a joint global policy collaboration.

The implications of a global digital rule book are many. One top priority Von der Leyen noted was to create a legal framework for actions by governments or corporations involving social media and data management. Companies such as Google and Facebook are already regulated when they serve consumers in Europe, but they may come under more scrutiny.

A global approach would hold companies to the same standard of content accuracy on their networks, while also making censorship actions subject to common legal enforcement. In particular, Von der Leyen was concerned about propaganda supporting extremist views and how easily it spreads.

It’s currently left up to private companies to decide what content they allow on their applications. In the wake of the Jan. 6 breach of the U.S. Capitol, European Commission authorities say that isn’t enough.

A rule book may also require uniform standards for data privacy regulations, including how companies utilize user data and algorithm transparency. Under a global digital rule book, there may be requirements for disclosing how algorithms manage consumer data.

Regulating market behavior in the digital space is a related issue. Apple and Facebook are at odds over use of consumer data for marketing. Under a global rule, companies may be subject to regulation or banned altogether from tracking user activity for the purpose of displaying ads tailored to their preferences. While targeted advertising is seen by some consumers as merely an unsettling annoyance, officials have warned of a darker side — especially in relation to child welfare, human trafficking and cyber crime.

Julie Brill, a former federal trade commissioner who is now vice president and deputy general counsel at Microsoft, answered the question of how to balance innovation and privacy at World Bank’s Virtual Data Privacy Day by stressing the necessity of “responsibly and appropriately unlocking the value of data.” She stated that some company executives have for years wanted better guidelines to balance the two.

“One of the ways we can really focus on innovation in the future and ensuring we get the value of data, is by building those guardrails more clearly, so that organizations … know what they can do,” Brill said. “Because right now … there is a lot of confusion, and that’s particularly true in the United States.”

Meg Leta Jones, from the Institute for Technology Law & Policy at Georgetown Law Center and the Brussels Privacy Hub at Vrije Universiteit Brussel, considers the proposal of a global rule book as a positive move.

“My initial thoughts on the proposal are that joint action could be incredibly productive,” Jones said. “The EU and U.S. face many of the same challenges with misinformation, data protection, privacy and infrastructure, so trying to work together on these issues could be quite fruitful and prevent further problems down the line.”

“But the EU and U.S. also face many of the same challenges with political infighting over misinformation, conflations between data protection and privacy, and conflicts over technological infrastructure versus markets that could make collaboration really difficult,” she said.

“The difficulties to collaboration raised by internal tensions will be amplified by international tensions,” Jones said. “Namely, different starting points for expression and data protection, the emphasis on ‘consumer’ rights with limited choices, and the financial success of tech companies during an economic crisis. That said, there’s some low-hanging fruit that the EU and U.S. could agree on, and I hope they do.”

The U.S. has seen more than 30 bills related to privacy introduced since 2018, though none have been passed at federal level. States are now enacting their own, complicating compliance countrywide. Compared to the already highly-regulated approach to the digital economy in Europe, there is a growing desire to reach common ground in order to move forward.