Obama's Ag secretary is returning to his post in the Biden era and expected to undo policies changed in his absence.
By Hadassah Patterson February 19, 2021
Facebook
Twitter
Linkedin
Email 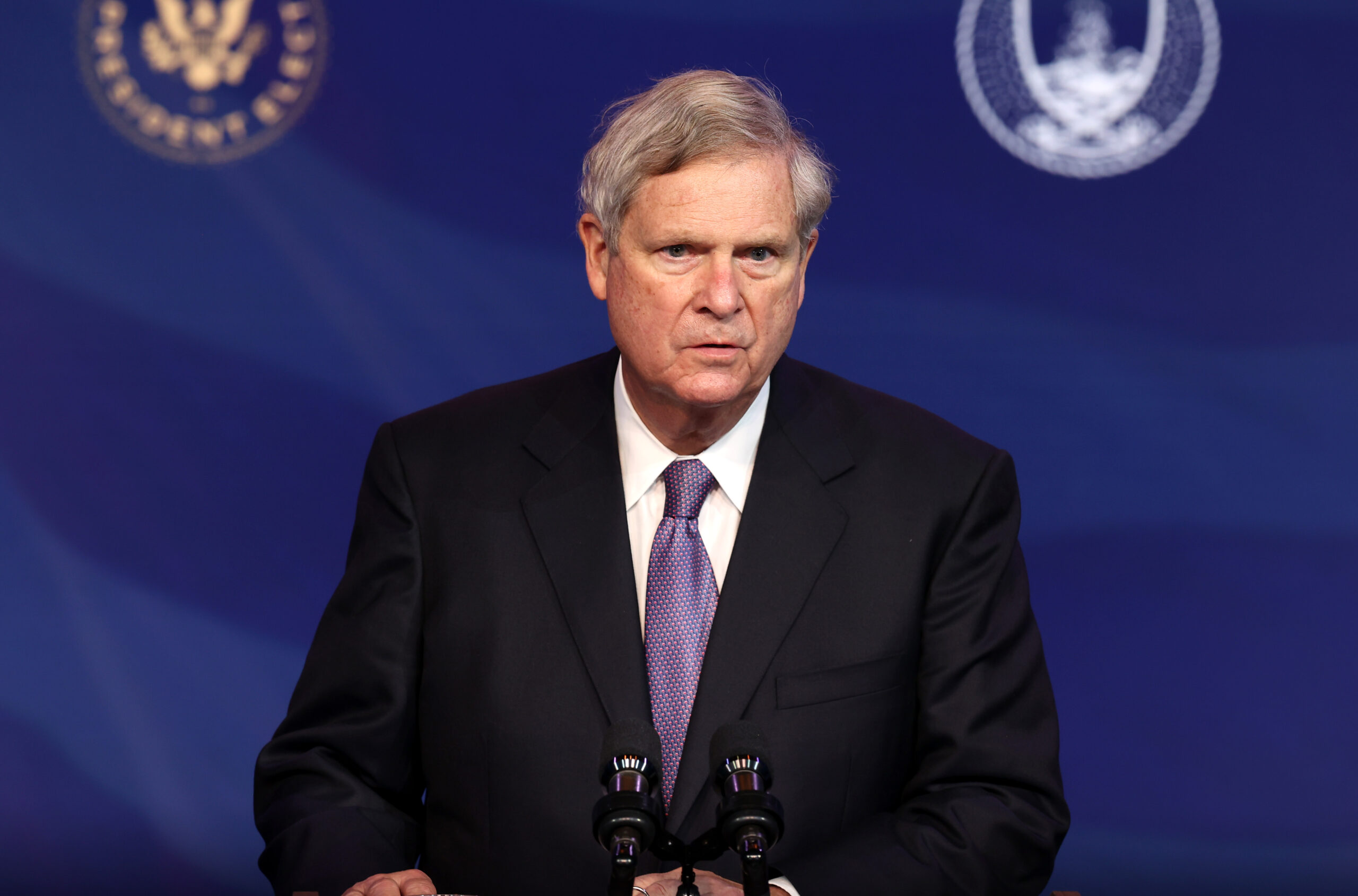 How will farming fare during the Biden administration?

That question was front and center during a confirmation hearing in early February by the Senate Committee on Agriculture, Nutrition and Forestry for Tom Vilsack, President Joseph R. Biden Jr.’s pick for U.S. Department of Agriculture Secretary.

The committee backed Vilsack’s nomination by a voice vote and sent the matter to the Senate for a full vote, where he is widely expected to be approved for the post. However, the response in the farming community is decidedly mixed as to what this will mean for the future of U.S. farming.

Biden announced the former governor of Iowa as his pick in December, and he was called a “quick confirmation” by several agencies, due to serving as agriculture secretary for eight years in the administration of former President Barack Obama. The hearing covered a wide range of topics, starting with the role of farming in sustainability. “Agriculture should be seen as part of the solution, not considered the problem,” said incoming Ranking Member Sen. John Boozman (R-Ark.).

At the hearing, some senators also voiced worries about the farm-fed biofuel industry being threatened by electric vehicle advances, but Vilsack stated that there is opportunity for both technologies. “The reality is, we are going to need biofuels and the biofuel industry for the foreseeable future,” he said.

The department’s Foreign Agriculture Service already has programs in global locations, and growth is expected. Carbon capture sequestration or storage gained ground worldwide. Capture and recycling converts carbon to biofuels and other chemicals for reuse.

In the domestic market, Vilsack recommended maximizing partnerships with institutional food service — schools, universities, and prisons. However, a farm supplier pivot from retail businesses to institutional foodservice requires equipment and packaging that many farmers can’t afford. This led to the grow-and-dump phenomenon during 2020.

The Department of Agriculture’s Economic Research Service reported that in 2018, farmers received only 14.6 cents for every dollar consumers spend. But according to Farm Aid, subsequent coronavirus impacts caused up to $1.32 billion in total losses by local and regional markets from March to May­ 2020. Vilsack recommended expanding commitments to farmer’s markets and utilizing available department resources to support stability. “Frankly, it’s in everyone’s best interest to have this,” he said.

Benefiting diverse interests equitably is an issue, with the department’s history of reported discrimination against farmers of color. Vilsack met with several black farming groups on Dec. 22 prior to Biden nominating Virginia Agriculture and Consumer Services Commissioner Jewel H. Bronaugh as deputy secretary of the department. In addition, Sens. Cory Booker (D-N.J.) and Raphael Warnock (D-Ga.) were named to the Senate Agriculture committee.

Given all that, how do farmers and farming groups view Vilsack? Opinion appears to be divided.

“It looks to me like he is old-school establishment, and that things will be business as usual. It will take a serious, concerted effort to get anything done,” said Bil Thorn, who runs Sky Island Farms in Humptulips, Wash.

“Folks need to be thinking outside the box, but utilize government agencies,” said Master Beekeeper Chana Smith of Native Brand Honey apiary in eastern North Carolina. “If they don’t get the answer they are seeking, ask again … There are program grants as well, and forming small farm groups is helpful. They have to keep going. No one is coming to save the day.”

“I don’t know if I feel negatively toward it [Vilsack’s nomination], because historically we’ve had to pull our resources together to make things work in this country anyway … I tend to focus on whether they really take initiative. Because if they’re going to help farmers, they’ll put the resources together. I see that Black farmers and Sen. Cory Booker got together. When I see the results of the work, I can support the ideas.”

Amyrose Foll is the executive director and advocate at Virginia Free Farm in Kents Store, Va. Foll is Indigenous and worked on the Equitable Food Oriented Development task force with Bronaugh. (The task force was part of the state’s efforts to help end hunger.)

She is not impressed with what she views as Vilsack’s record of supporting “Big Ag” industry interests, but is happy about more diverse representation.

“I had the pleasure of working with Bronaugh on her task force, and I believe it will usher in much-needed change and level the playing field for BIPOC [black, indigenous and people of color] farmers. I sincerely hope the trend towards equitable future funding and technical assistance continues … Overall, I’m really hopeful that this team will speak up for equity and the environment,” she said.

When it comes to equity in domestic markets, Sen. Chuck Grassley (R-Iowa), wants fair market practice rules reintroduced. “The concentration of power in the industry led to beef shortages at grocery stores and producers out of luck to get bids on their animals,” he said at the hearing on Vilsack’s nomination.

Attention to that subject drew a response from the National Cattlemen’s Beef Association. “We look forward to engaging with Secretary Vilsack on the pressing issues affecting the cattle industry,” said association vice president of government affairs Ethan Lane. “His expertise and institutional knowledge provides continuity that will greatly benefit cattle producers. We are looking forward to hearing him articulate his opinions on the positive impacts animal agriculture has on food security, nutrition and our natural resources.”

Also supporting Vilsack is the Rural Advancement Foundation International USA. “We were encouraged to hear nominee Vilsack’s statements in support of transparency and fairness for markets, addressing the legacy of racial discrimination within [the Department of Agriculture], and the specific needs of Black, Indigenous and other Farmers of Color,” said foundation executive director Edna Rodriguez. “In particular we welcome his stated intent to advance accountability within the agency.”

“Vilsack also spoke of the need to expand alternative processing facilities and increase public seed research,” Rodriguez said. “We share these priorities and stand ready to work with Secretary Vilsack and the [the Department of Agriculture] to move towards a thriving, sustainable and equitable food system where farmers and farm workers have dignity and agency; where they are supported by just agricultural policies; and where the [department] is accountable to farmers and rural communities.”