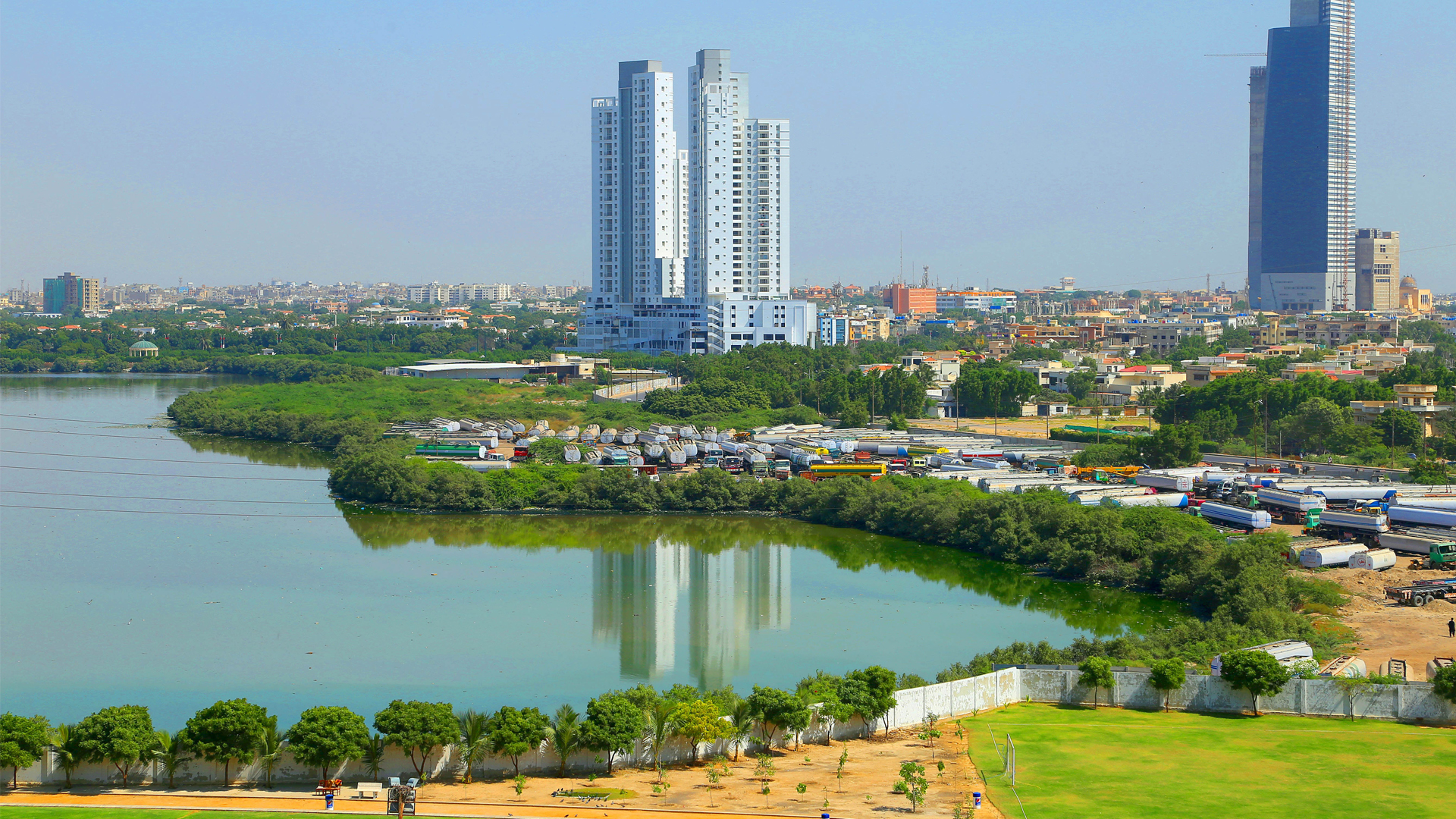 More than 28,000 trees have been planted in a park in Clifton, Karachi, to help keep the area cooler. (Muneer ahmed/Unsplash)

KARACHI, Pakistan — The horrific summer of 2015 is still fresh in the mind of Shahzad Qureshi. That year, hundreds died in the city due to heatstroke, and the large halls of the city’s expo center were piled with bodies waiting to be buried.

“The extreme temperatures turned out to be fatal for residents living in the concretized spaces. I can never forget the mass graves filled with unidentified bodies,” Qureshi told Zenger News.

As many as 1,200 people died in the heatwave and hospitals were put on high alert as the temperatures hit 49 degrees Celsius (120 degrees Fahrenheit) in June. It was this cruel summer that turned a young entrepreneur, Qureshi, into an environmentalist. 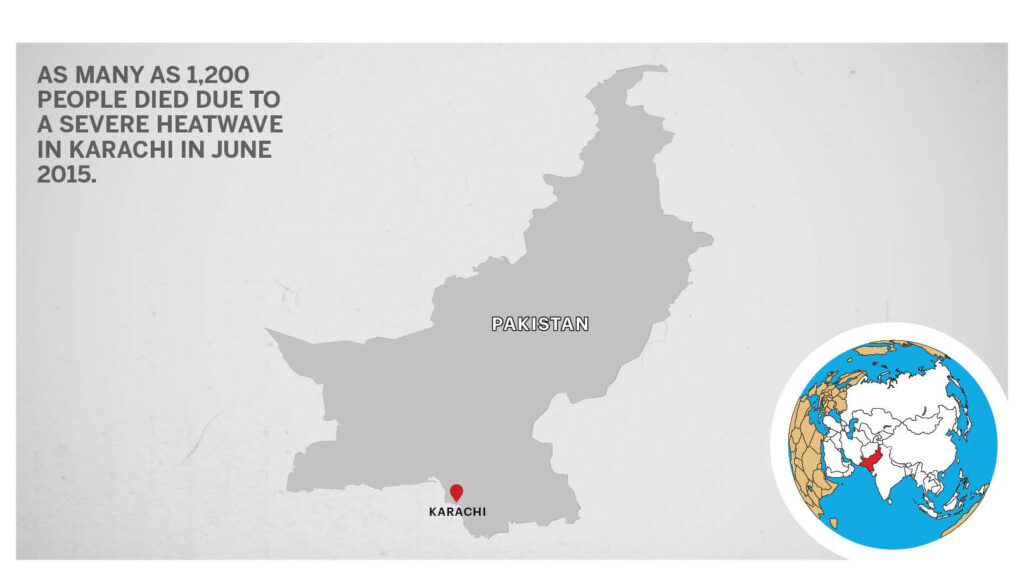 While researching how to reduce heat in urban centers, Qureshi read about the Miyawaki Method, a system of afforestation developed by Japanese botanist Akira Miyawaki.

The Miyawaki method “has been applied in the Far East, Malaysia, and South America” to tackle the effects of climate change, and the results have been “very impressive, allowing quick environmental restorations of strongly degraded areas,” according to a study in the journal Landscape and Ecological Engineering.

Inspired by this, Qureshi initiated a project called Urban Forests to create evergreen, sustainable forests to restore Karachi’s deteriorating environment. He adopted a park in the city’s Clifton area for a pilot run.

“My aim was to enhance the quality of life in a concrete environment, improve environmental conditions and air quality and regenerate biodiversity,” said Qureshi.

The method described by Miyawaki instructs that to plant the trees, one first needs to identify native plants that are 60 to 80 centimeters (24 to 31 inches) high. Different species are densely planted in one-meter (3.3-foot) pits in the proportion of about three seedlings per square meter. The plants have to be supported with twigs until they are bigger, and watered once a day.

A Forest That Grows In a Jiffy

Qureshi said that he and his team have planted more than 28,000 trees in just one park in Clifton, and have converted many barren patches and unused land at schools and mosques into urban forests.

“I wanted to experiment with this method as the trees grow 10 times faster than normal and start making their food and water in three years. It is also good from the sustainability point of view,” he said.

“In summer, evapotranspiration and shading can reduce temperatures by up to 1-5 degrees. The Miyawaki method does not require any pesticides or chemicals, so it is safe for the environment,” he said.

Due to expanding urban structure and declining natural habitat, the Pakistan Meteorological Department reports that more severe heatwaves are expected in the city.

“After the Karachi Metropolitan Corporation and District Municipal Corporation managements changed, many new urban forest projects are in the pipeline,” Murtaza Wahab, spokesperson for the Sindh government, said.

“The barren fields in the Clifton area of Karachi that used to serve as garbage dumps are being turned into urban forests,” he said.

Wahab also tweeted a video showing a garbage dump being cleaned and plant saplings being sown at the Clifton beach.

In Karachi, other than the urban development that goes on almost all year, a major problem is encroachment. Thousands of people from rural areas and smaller towns enter Karachi every day in search of employment.

The migrating people look for cheap residential areas and may build temporary settlements that gradually turn into colonies, leaving no space for vegetation. The Supreme Court of Pakistan in 2020 ordered many of these settlements and encroachments to be demolished, and areas cleared.

In his tweet, Wahab raised the issue with local media and called out the “land mafia” for violating ordinances of the Building Control Authority.

“Maximum land would be used in Karachi for urban foresting to improve the environment of the city,” he said.

The 10 Billion Tree Plantation Project of the current government aims to help Pakistan get back its green cover that was destroyed by cattle farming. The project that was initiated to plant a billion trees in the northern province of Khyber Pakhtunkhwa has now expanded to other cities.

Qureshi is of the view that if residents start planting trees in their yards, streets, roofs, and neighborhoods “they can bring about a green revolution.”

“The main reason for the heatwave was urban, concrete infrastructure that leaves no space for sufficient green cover,” Jameel Kazmi, dean of the Department of Geography at the University of Karachi, said.

“The Building Control Authority has made it mandatory that any person who builds a house must leave some space for green cover, but most people don’t follow the rules and avail the maximum land for building the house,” said Kazmi.

“Every citizen should participate in this green drive, and that is the only way to survive the urban heat,” Kazmi said.

“I have launched urban forestry on the lines of Miyawaki technique in Japan, where the trees grow 10 times faster and 30 times denser, and is the best way to fight pollution. Fifty sites have been chosen in Lahore. First experiment was in Liberty roundabout in 2020,” Khan tweeted.

Recently, Qureshi’s Urban Forest project has created eight mini forests in Karachi, two in Lahore, and one each in Islamabad and Faisalabad.

Qureshi said that over 9,000 people have planted saplings in the Clifton public park and students from over 30 schools visited to learn about the native species.