Out Of Office, Trump Remains The Driving Force In The Republican Party

Infighting over the former president's continued influence might further split the GOP or lead to the creation of a third party.
By Troy Albert Schulz February 18, 2021
Facebook
Twitter
Linkedin
Email 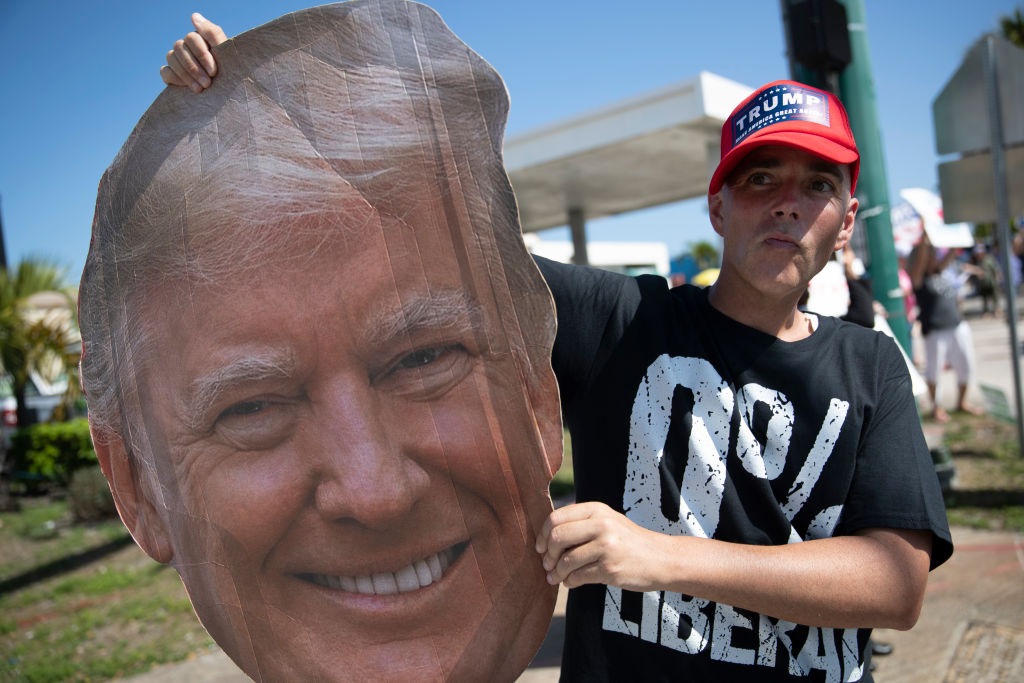 More than a month after leaving office, former President Donald J. Trump remains a contentious force in Republican politics, with the party increasingly risking a splinter over his continued leadership from outside Washington D.C.

“He still wants to be ‘The Guy.’ He likes the adulation. He likes people telling him he’s big, he’s special, he’s important,” Mark A. Smith, associate chair of political science at University of Washington and author of “Secular Faith: How Culture Has Trumped Religion in American Politics,” told Zenger News.

Fears of a GOP split follow schisms in the party over Trump’s involvement in the Jan. 6 insurrection at the U.S. Capitol. Some Republican legislators, such as Rep. Liz Cheney (R-Wyo.), voted to impeach him and drew a harsh backlash from his supporters and surrogates in response.

Although Senate Minority Leader Mitch McConnell (R-Ky.) voted to acquit Trump, the former president released an official statement labeling his past ally “a dour, sullen, and unsmiling political hack” and warning GOP senators who stood by him “would not win again.”

Such splits are nothing new, said Smith.

“Parties are always changing and evolving,” he said. “Political parties are competitive, with lots of people who would like to be top dog. If the party doesn’t clearly consolidate around one person, your first assumption is that would weaken the party, and in the prior examples it did. They lost all those races.”

Rumors of Trump supporters starting a third party to split off from disgruntled Republicans had floated for weeks prior to President Joseph R. Biden Jr.’s inauguration. Likewise, reports circulated that dozens of former GOP officials were considering forming an anti-Trump party.

However, lawmakers such as Cheney and Rep. Adam Kinzinger (R-Ill.) were wary of the idea.

A third party would be “a dream scenario” for Democrats, said John D. Wilkerson, director of the Center for American Politics and Public Policy at University of Washington.

“If Trump ran as a third-party candidate, the Democrats will win, Trump will be repudiated, his party will collapse, and Democrats will keep winning until Republicans regroup in some way,” Wilkerson told Zenger.

However, the GOP and Trump have yet to make a clean break from each other.

House Minority Leader Kevin McCarthy (R-Calif.) was in talks with the former president at his Florida Mar-a-Lago resort late January to discuss midterm electoral strategies, hinting the former “Celebrity Apprentice” host will continue to be a force in GOP politics for some time.

More recently, a majority of GOP senators voted to acquit Trump of his impeachment charge.

McConnell, meanwhile, reiterated Trump’s guilt in attempt to walk a tightrope between pro and anti-Trumpism, a strategy Smith believes will remain the Republican modus operandi as long as Trump is a part of the party.

“I was really struck by the House vote where they had to decide whether or not to condemn Liz Cheney for impeachment,” he said.

“Are we going to condemn [Rep.] Marjorie Taylor-Greene? It seems like there was some support for each, but not a majority. McCarthy said don’t punish either one, they represent the two wings of the party. Cheney is in the party hierarchy, and Greene is Trumpier than Trump. One way to manage internal diversity is to tolerate both factions.”

“He wants to keep up the threat of running for president. That kind of freezes the field and prevents other candidates from rising up to directly undermine him,” he said. “My money is on the Trump faction winning… There’s a bunch of GOP politicians who are trying to be pretty close to Trump and putting their bets that that’s where the energy of the party is.”

Trump ally Matt Gaetz (R-Fla.), for instance, launched a campaign to oust Cheney as the chair of the Republican party’s House conference.

Wyoming State Senator Anthony Bouchard, a stalwart rightist of the state’s legislature and a former pro-gun lobbyist, also announced he would challenge Cheney in the 2022 midterms in an email that called on “MAGA Americans” to “impeach” her after she “backstabbed [sic] President Trump and voted for his impeachment!” Cheney was likewise censured by her state GOP.

“[Cheney’s] impeachment vote was the last straw,” said Bouchard, arguing that Trumpism represents the future of the GOP. “’America First’ policies are at the forefront here, the same old Bush-era policies need to go to sleep.”

Bouchard said neither Trump nor any of his surrogates had reached out to him regarding his campaign, which he claimed had already raised $200,000. He also said he hadn’t reached out to America First Action or any other Trump-affiliated PAC or Super PACs.

“I’m running a real campaign, I think they’re standing back and watching,” he said. “$200,000 is only a small fraction of the ultimate goal.”

Even if Trump doesn’t run again in 2024, his no-holds-barred style of politics will likely still become the norm in the GOP, according to Wilkerson.

“Trump was able to suck up all the attention in 2016 and while he was president,” Wilkerson said. “He got tons of free media exposure by saying things that were titillating as opposed to newsworthy. I expect we will see more candidates like him, unfortunately.”