Superfast Russian Bombers In Show Of Strength Over Arctic 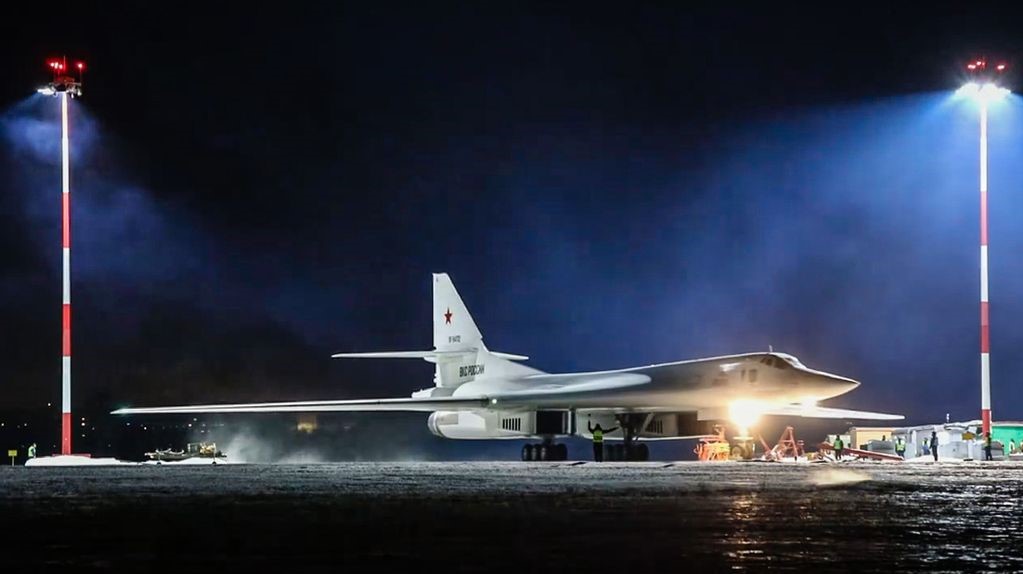 Two Russian Tu-160 Blackjack bombers carried out a planned 12-hour flight over the Barents, Greenland and Norwegian seas as four American B-1B Lancer bombers were preparing for their first-ever deployment to Norway.

Video of the strategic missile carriers over neutral waters was released earlier this month by Russia’s Ministry of Defence.

“Fighter escort was provided by the crews of the naval aviation of the Northern Fleet,” the ministry reported on its website.

“Long-range aviation pilots regularly fly over the neutral waters of the Arctic, the North Atlantic, the Black and Baltic Seas, and the Pacific Ocean,” the ministry states in its report. “All flights of the Russian Aerospace Force are carried out in strict accordance with the International airspace management system.”

Aviation reports state that the Tu-160 Blackjacks took off from an airbase in southwestern Russia and headed north to reach the Barents Sea from the Kola Peninsula, continued north and west over the Norwegian Sea toward Iceland, then headed off Greenland and over the Kara Sea, heading south.

The Tupolev Tu-160 Blackjack is listed in the Guinness World Records as the heaviest bomber in service, and one that can reach a top speed of Mach 2.05 (1,560 mph) at high altitude. It flies more than 2.5 times as fast as a Boeing 747, the Guinness book states, and is the largest military aircraft by weight.

It went into service in April 1987 with the 184th Guards Heavy Bomber Regiment in Ukraine. Squadron deployments began the same month, but the Tu-160 did not make a public appearance until a parade in 1989.

“In January 1992, Russian President Boris Yeltsin, responding to some unilateral American nuclear weapons cuts, announced that construction of the Tu-160 would be halted. Within days Russia was left with only 6 of the aircraft when the bulk of the Soviet Tu-160 inventory went to newly independent Ukraine,” the Jamestown Foundation reported.