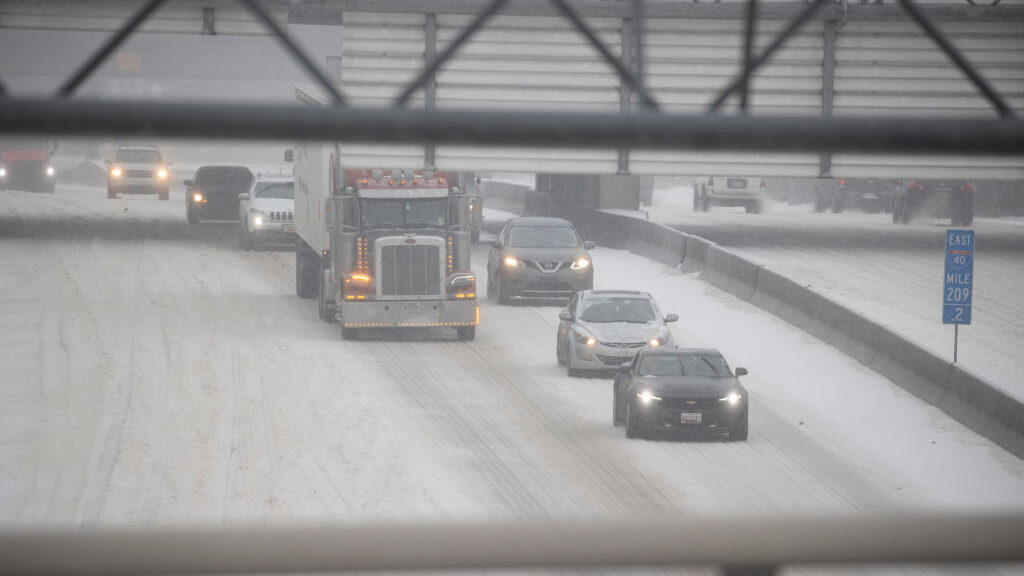 Major winter storms have swept across 26 states with a mix of freezing temperatures and precipitation. The weather has affected gasoline production and prices are moving higher. (Photo by Brett Carlsen/Getty Images)

The inability of refineries to keep up with consumer demand, compounded by the extreme winter weather hammering much of the country, is contributing to a spike in gasoline prices, analysts said.

Automotive club AAA reports a national average retail price for a gallon of regular unleaded gasoline at $2.52 for Feb. 16, about 6 percent higher than a month ago and above levels for this time last year, when the nation was just starting to cope with the pandemic.

In the continental U.S., California holds the distinction of having the highest state-wide average price in the nation at $3.48 per gallon, largely due to higher gasoline taxes. Mississippi has the lowest price in the country at $2.17 per gallon. States in the U.S. south usually have the lowest gas prices in the country because of their proximity to a dense network of refineries.

A good dozen of those refineries, however, are closed or are in the process of closing down because of the extreme winter weather in the south. Fort Worth, Texas, where freezing rain caused a 130-car pile up last week, is expecting a high Feb. 16 of 22, about 40 degrees colder than normal.

At the wholesale level, the chief oil market analyst for the Oil Price Information Service said prices are already up more than 6 cents in the Gulf Coast market.

“We’ll see an almost immediate boost in retail of five to 10 cents per gallon, but this is a one-off event and not indicative of the fourth rung on the ladder higher,” Tom Kloza told Zenger News.

Drilling deeper at the consumer level, Patrick DeHaan, senior petroleum analyst at GasBuddy, said refineries were already struggling to keep up with consumer demand. With refineries out, it won’t be long before the rest of the country sees higher prices at the pump.

From New York, a senior vice president at Paragon Global Markets said that demand may also see a short-term impact from the week-long bout of rough weather.

“Consumption has declined from winter peak of 8.48 million barrels per day in mid-January,” said Patricia Hemsworth.

“While oil is feeling like it’s getting a bit overdone, I really don’t see anyone standing around with a bucket of cold water — at least not yet,” GasBuddy’s DeHaan added.

(Edited by Bryan Wilkes and Matthew B. Hall)